“It is my first time to see Korean books in a library!” an elated Donggi Jun said when he saw the shelves of books in his native Korean, a part of the World Languages Collection Ngā Reo o te Ao / World Languages, Auahatanga | Creativity, Level 4 of Tūranga.

Jun hails from South Korea but has been a Christchurch resident for years. “I’m so happy to see lots of popular authors. A lot of us miss our country. These books will be a source of comfort,” added the 58-year-old who also renewed his library membership card so he can start borrowing Korean books “as often as I can”.

Jun is only one of many migrants who were delighted to see the World Languages Collection since Tūranga opened on Friday 12 October. The collection aimed to reflect the thriving cultural diversity of Christchurch. It enables migrant communities to maintain a connection with their language and culture, as well as provide study materials for English language learners.

At present, the World Languages Collection at Tūranga comprises of books in 13 languages including Afrikaans, Arabic, Chinese, Dutch, French, German, Japanese, Korean, Persian, Polish, Russian, Spanish, and Thai. In addition, it has magazines and periodicals in Afrikaans, Chinese, French, German, Hindi, Italian, Japanese and Russian. It also includes an English for Speakers of Other Languages (ESOL) section for English language learners.

Olivier Hoel, who left France to work in Christchurch a year ago, was thankful to find his beloved French titles housed at Tūranga:

“It was a great surprise when I saw them first at Peterborough Library and now, they’re here, more accessible in a such a lovely place.” 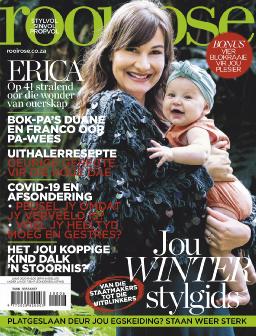 Visitors to the city were equally impressed. “We are in the wrong city! How come you have this!?” a South African visiting from Wellington exclaimed while lifting an edition of the Afrikaans magazine Rooi rose from the rack. She was also able to find a book in the Afrikaans section written by a friend, quickly getting a snapshot for Instagram.

German tourist Horst Schnidt was also pleased. Looking up from reading the pages of German periodical Der Spiegel, he commented, “This new library is in itself amazing. But having items in various languages like German makes it more special.”

The collection has been well-used. An average of 30 items are being marked “used” every day, at times peaking up at 50. This doesn’t include the many more being borrowed. Many customers also joined the library or renewed their membership (like Jun) just to access the collection.

ESOL tours have proven to be quite popular as well. Over 350 individuals from various cultural backgrounds have been toured around Tūranga since its opening and shown World Languages materials (adult and children’s) including the eResources they can access from the library website. Among them were students from Hagley Community College, Papanui High School (Adult ESOL Department), and Wilkinson’s English School.

“The ESOL items are a big help to me,” said Chinese student Rita Xu who was also thrilled to see the Chinese books section, the most extensive in the collection. “My friends will be happy. I will tell them about it.”

The collection, however, is not only popular with English language learners but also with students of other languages. For instance, German language students from Hagley College were keen on the German books and magazines that could aid them master German.

No doubt, the World Languages Collection in Tūranga is a hit.  As Anne Scorgie from South Africa puts it, “Having this collection shows that Christchurch is really now recognising its growing diversity. It’s a great step.”

On Saturday 9th December, Central Library Peterborough hosted Mr Zbigniew Gniatkowskted, the Polish Ambassador to New Zealand; Mrs Winsome Dormer, Honorary Consul of the Republic of Poland for the South Island; Anna Gruczyska, President of the Polish Association in Christchurch; and Krysia Wiek, member of the Polish community in Christchurch. The Polish Embassy kindly gifted books in Polish, and about Poland, to the library.

The Polish collection has been a part of the Christchurch City Libraries’ World languages collection for several years now, established after the original Polish Library at the Hereford Street Community House perished in the February 2011 earthquake, with the entire collection of books lost.

After presenting the collection to the Christchurch City Libraries our guests stayed for a morning tea – delicious polish buns made by Krysia – and a chat with the Central Library Peterborough team. 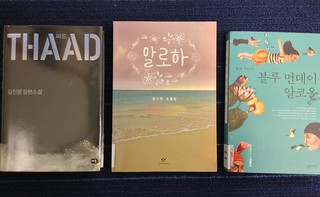