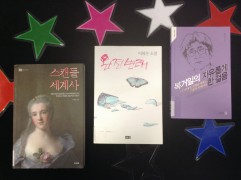 Some children’s stories stand the test of time because they are straightforward or simple tales. Others because the characters are so easy to love. Alice’s adventures in Wonderland, which celebrates its 150th anniversary tomorrow, is neither of these and yet it is a perennial favourite, reprinted and reimagined year after year.

In some ways it is an unlikely children’s classic, this convoluted tale of a lost and bewildered child encountering a succession of bizarre and often menacing characters and situations. Or is it? Is that, in fact, exactly what childhood is like? An ongoing battle to make sense of the world, and the strange people in it?

I’m not the only one who thinks Alice’s adventures in Wonderland is something of a riddle. There have been almost as many books written about Lewis Carroll (aka Charles Dodgson) and the genesis of his Alice books as there have been reprints of the stories themselves. Something about them resonates.

Alice, it would seem, is the Mona Lisa of children’s literature – endlessly fascinating and ripe for reinterpretation.

If you’re interested in reacquainting yourself with Alice, Wonderland, and her adventures there we’ve got plenty of books to choose from.

Also our friends at Auckland Libraries have put together a splendid resource showcasing images from their rare editions of the Alice books.

Musician Bernard Sumner has been involved in lots of noteworthy things throughout his career. But perhaps his most significant role was in the British band New Order, who wrote that song “Blue Monday”, you know, that 80s song with the lyrics “how does it feel, to treat me like you do”?

According to the BBC, that song “is widely regarded as a crucial link between Seventies disco and the dance/house boom that took off at the end of the Eighties”. For anyone that’s heard it, it seems to have this timelessness because it’s a track always gets dance floors moving. Even well into the 21st century (feeling old now?).

Anyway, that’s just a bit of context. The Bernard Sumner autobiography has been very much anticipated as the two bands he was in –  the contentiously named Joy Division, and New Order, were seminal in their style and sound. Both were inducted into the UK Music Hall of Fame.
Sumner has a reputation for being notoriously private, and never spoke much about his personal life or revealed his ruminations on the various events of his career. So this is what generated so much intrigue regarding his book.

Like many autobiographical works it starts from the start: his childhood, teenage years, schoolyard and neighbourhood antics, along with all the pain and fun of his years growing up in Salford (a dodgy suburb of Manchester) – all in a somewhat nostalgic tone. Tales of crazy, violent neighbors are revisited and all the various social changes which took place in England due to social housing and economic circumstances. He recalls how large tenement apartment blocks going up dissolved community networks; he preferred his old substandard housing block with its rich tapestry of various social groups. Interestingly, many English musical autobiographies emerging from this era include these kind of sociological reflections – and readers are led to infer this is what drove the various pioneering sounds and lyrics …

Family life was rough, being raised primarily by his grandmother and grandfather. His single mother had cerebral palsy and wasn’t very mobile. To compound it all , there was more sickness in the family as the caring grandparents became very ill too. These experiences, along with the suicide of joy Division singer Ian Curtis, possibly caused a numbness over time, and I suspect this influenced his writing. To be honest, I was surprised the book didn’t involve longer and deeper reflections on singer Ian Curtis’s death, but then, Ian’s rough life is well known to anyone familiar with the band and such issues are sensitive.

There are some outstanding omissions in this book which might frustrate some people, as the production of some New Order albums are not discussed in any detail for us at all. Which sucks because a lot of it was pioneering stuff. However, this really only annoys readers who are musicians themselves; some might not be as interested in the intricacies of digital drum machines and synthesizers.

Beyond all this are testimonies about the monumental fallout Sumner had with Peter Hook – long-time bassist of Joy Division and New Order. Peter Hook addresses this in interviews after reading Sumner’s book. It really seems like you can’t have an autobiography about musicians and bands without some massive acrimonious fallout or legal dispute between band members.

Anyway, if you’re of the generation who grew up with the New Order/Joy division sounds, or you like music, have a read. It’s quite a light read and is great to read alongside  Morrissey’s Autobiography and Peter Hook’s book titled The Hacienda: How Not To Run A Club (which I will review soon). All these titles read alongside each other provide some really interesting insights into the raw pioneering British music scene of the 80s. Happy reading!

Find in our collection