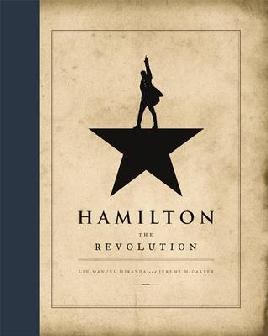 There’s a song by the comedy band Tripod with a line that goes: “I always get into stuff/ Just as it’s finishing being cool...”, and embarrassingly this often applies to me. A couple of years ago I listened to the first song of the (Alexander) Hamilton musical and thought it was good, but it didn’t blow me away. I figured I’d try it again another time.

A few weeks ago I put it on as something to listen to while cleaning the house, and this time I stuck with it; halfway through listening to “Satisfied” I was a firm fan. I kept cleaning just so that I could finish the musical (which never happens, believe me). The house was spotless by the time the last refrains of “Who Lives, Who Dies, Who Tells Your Story” faded out, and I may have cried a few times while folding the washing. How did a story about another country’s history affect me (and millions of others) so deeply?

For a start it’s incredibly well written; it’s a musical but it’s sung-through, so you can hear the entire story by listening to the cast recording. While many of the songs are incredibly catchy the story is what compels you to continue listening to Alexander Hamilton as he drags himself up from nothing to something; he’s not always likeable, but you have to admire his incredible work ethic, and he was clearly charismatic to many.

Articulate, intelligent leaders are always interesting to read about, and he surrounded himself with articulate, intelligent men and women, including my favourite character — his sister-in-law, Angelica Schuyler — who sings my favourite song. Hamilton isn’t a musical that shies away from shades of grey, portraying both Hamilton and his frenemy Aaron Burr as complex rivals with a fundamental difference in character. Lin-Manuel Miranda manages to pack all this complexity into two and a bit hours by using rapid-fire delivery and lyrics that seem throw-away on the surface but unpack to give multiple meanings and allusions to hip hop masters, Shakespeare, and historical events.

There is a lot more I could say on the topic, from how I love that it’s bringing verse back to stage performance as a great tool for compelling exposition, how it’s performing America then by America now with a diverse and talented cast, how I’ve managed to have seven different songs stuck in my head at once — and yes, if you listened to this back in 2015, you already know all this stuff. But for anyone else who’s heard about it but hasn’t quite gotten around to it yet, or who loved the Kate Shepard musical (That Bloody Woman) last year, borrow the Hamilton cast recording today and give it a listen. If nothing else you’ll get a clean house out of it.

If you do already like Hamilton, I recommend Ron Chernow‘s biographies for some extra insights into Hamilton and Washington. I’ve also been reading the fantastically nerdy Hamilton The Revolution : Being the Complete Libretto of the Broadway Musical, With A True Account of Its Creation, and Concise Remarks on Hip-hop, the Power of Stories, and the New America and can thoroughly recommend it as it showcases the thought put into every single aspect of the show.

One thought on “Hamilton aims for the sky”