It was one of those moments when you hear your crazy calling and decide in a split second to just indulge it. Your favourite singer was performing 3 nights in a row on the same island as you … why not go to all three gigs?

Sure it meant driving more than the entire length of said island in less than 3 days, while going to three concerts, booking motels, concert tickets, taking a half day off work, but life is for living and following your passions, and everyone knows I’m passionate about the glorious Tami Neilson. 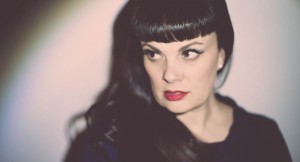 Luckily for me my husband is a fan boy of almost equal proportions (competitive moi?), so he was all up for the adventure.

The first night of the adventure was a Thursday night, and Tami was performing at Charles Luney Auditorium here in Christchurch. It was sold out and it was a very refined, well behaved audience… well except for the devotees like us, who of course know the words of her songs and cheer and whoop enthusiastically. 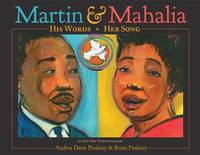 The show was part of the Cavell Leitch New Zealand Jazz and Blues Festival. It was an exploration of the road from gospel to rock and roll. Tami sang examples of early gospel and blues and talked about the influence of  various artists such as Mahalia Jackson, Sister Rosetta Tharpe and Mavis Staples on artists such as Chuck Berry, Bob Dylan and many others. The second half of the show was her own work. Her band, her ‘Red Hot Band of Rhythm’, are all top New Zealand musicians she has worked with often and they are obviously loving what they do.

Friday lunchtime, we leave work at 12, rush home, throw some clothes and snacks in the car and head nonstop for Dunedin. Another awesome concert – a different crowd and venue gives a different vibe, more intimate and grateful. You get the sense so many more people here actually know her music.

Next morning, and we’re heading to Queenstown, through parts of the country we haven’t seen in decades, if ever.There’s a little snow around, hardly any traffic, and the rolling hills through the Rock and Pillar range are truly breathtaking. Road trips in New Zealand are just wondrous.

It’s a weird little crowd at this last gig. They’ve got a definite country pub thing going on, a lot of them have been drinking for quite a while, so are behaving rather boorishly and in the end, Tami, after trying her darnedest to engage with them, gives them what they want, music to dance to – she even sings Happy birthday.

We get back home that night wishing we didn’t have work in the morning, but the memories and the music are buzzing in our brains, and does so for days after.

If you have a passion for music, check out the wealth of music and learning to be had within Christchurch City Libraries’ databases, like  American Song which offers rich pickings in many genres, Gospel being among them.

So, moral of this long tale? Take a chance, if you say, “no, that’s crazy I shouldn’t” then I strongly recommend that you do. Feel the fear and do it anyway.

Dystopia: relating to or denoting an imagined place or state in which everything is unpleasant or bad, typically a totalitarian or environmentally degraded one.

I love a great dystopian novel, it’s a genre that can veer into classic science fiction, but the ones I love the most are the ones you can imagine happening in your world, if the circumstances changed just slightly, a world power got that much more control, a disease could not be contained or the general populace let things that are deemed as unacceptable become acceptable, little by little. Ordinary people trying to survive, railing against the system or changing it forever. 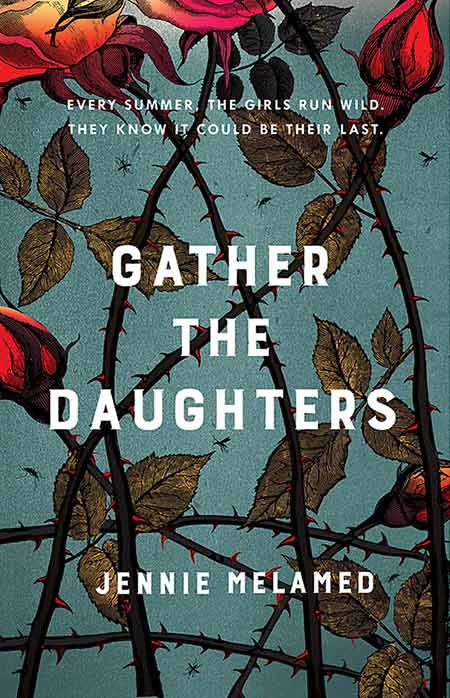 When I began reading Gather the Daughters, by Jennie Melamed, it was no surprise that both the victims and heroines of the story were young girls. Melamed is a psychiatric nurse who specialises in working with traumatised children. The girls in this debut novel slowly come to the realisation that the only world they have known is filled with lies and not as idyllic as their leaders have taught them it is.

The girls live on an island, living a puritan life, where everyday decisions and everyone’s lives are constrained by a set of rules set down by “The Ancestors”. The male descendants of these original peoples who fled The Wastelands across the sea run the island along rules to suit their own needs. Young girls are married off to older men as soon as they come into ‘fruition’, at puberty.The rules set down, called Shalt Nots, include practices that are definitely of benefit to the elder men, not their young daughters.

Every summer until then, the children of the island run rampant, rarely going home, sleeping rough and enjoying their freedom until the shackles of childbearing and helping the community survive are placed on them.

Told through the eyes of the older girls who are all about to reach fruition, chapters are given over to each girl in turn and I enjoyed the pace of the book and the way the author slowly revealed the horrors of being a young girl on the island. Little is shown of the feelings of the young boys, or the men’s justifications for their actions.

The main heroine is Janey, who should have reached fruition at 17, but is so desperate not to be a woman and succumb to the demands of a husband, she is slowly starving herself. She and Vanessa, who has access to her father’s library of books from past days, give the other girls knowledge and courage, trying to find a way to escape, or at least effect change.

Janey wakes early the third morning, at the first tint of crimson shattering the black night sky, as if someone had shaken her from slumber. She takes the precious moment gladly and watches the girls sleep peacefully. Let this last, she prays, she knows not who to – certainly not the ancestors, or their puppetmaster God. Just for a little while, let them have this. Let them have it. Please.

It certainly had a hint of Lord of the Flies or The Handmaid’s Tale at times and I kept imagining it as a film, but I’m never sure if that is a good thing.

If you love a good dystopian tale about strong young women who decide to take a stand, this is your book. I powered through it in a few days, which is pretty amazing for me. I was in turn heartened and horrified but kept on turning the pages, wanting to see the fate of these young heroines clinging onto their childhoods to save their lives.

Fight like a girl kicks off with an author’s note “I hope you enjoy it, and find it galvanising!” Well, this book is absolutely galvanising — and upsetting, eye-opening, rage-inducing. It comes down to this: Girls, women, trans women — it’s ok to be angry, in fact if you’re not, you should be:

Next month you can hear Clementine in person at a WORD Christchurch Shifting Points of View event, part of the Christchurch Arts Festival.

Join Australia’s online sensation, fearless feminist heroine and scourge of trolls and misogynists everywhere Clementine Ford as she outlines her essential manifesto for feminists new, old and soon-to-be, and exposes just how unequal the world continues to be for women. Introduced by journalist Beck Eleven.
Find out more and book your tickets.(one session has already sold out, soz)

Talk of feminism is always timely. Just look what our politicians Meritia Turei and Jacinda Ardern have been dealing with.

Fight like a girl has enough personal backstory to make you understand the things that set Clementine on the path to righteous feminism, particularly in the area of reproductive rights and mental health. She also sets it straight about the online abuse she’s suffered for ten years.

But where I think this book comes out strongest is in its observations:

… it all comes back to the same thing – women capitulating to the system in order to be given some notion of power within it. (p. 145)

If you’re not forcing yourself to routinely interrogate the benefits you enjoy in society, it’s all too easy to tell yourself that other people are inventing their disadvantages. (p. 148)

Why do some women hate men? Because they have compelling reasons to.

Instead of berating feminists for being misandrists, perhaps these men should start taking responsibility for the abominable, destructive and dehumanising treatment of women throughout all of history up to and including the present day. (p.159)

Clementine relates examples of rape culture: Brock Turner, Stephen Milne, the Four corners case, and more. The effect of the cumulative examples is to make you want to change EVERYTHING.

If you want more New Zealand stories, I recommend the TVNZ On Demand series So this happened – “real stories of harassment verbal and physical as told by those who have experienced them”.