It was interesting to hear Xinran speak at a WORD Christchurch event. She spoke for more than an hour and we could have listened to her for much longer. Xinran is a very good story teller. She told many stories from her 300 interviews in China. She spoke about some negative effects of the one child policy, especially the way these children were treated as little princes or princesses, spoilt, cossetted, and given very little opportunity to grow up as independent people. 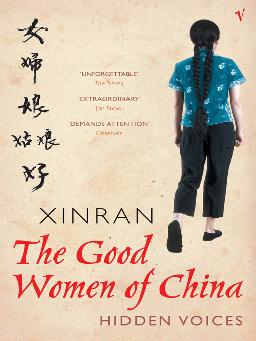 Some stories were hard to believe and in fact were probably isolated cases, such as the child who demanded that her mother buy her the river. Other stories concerning mothers doing everything for the child were not so surprising when there was so much pressure on children to perform academically. For the same reason, we heard similar stories of Japanese children in the past, even if there were two or more children in the family. Xinran admitted that the one-child family was probably a necessity, however. It’s hard to know how these negative effects could have been avoided.

Many people wanted to ask her questions. One woman wanted to know more about her charity The Mothers’ Bridge of Love concerning girls who were adopted out to foreign countries like New Zealand. Xinran talked a little about this and how such girl babies were smuggled out by mothers. The long term result of a preference for male children is now the huge imbalance of adult men unable to find partners, especially in rural areas.

Her speech only covered negative aspects of the one child policy. I am looking forward to reading her book Buy Me the Sky to find out if it also includes some positive aspects.