Some of the biggest names in the children’s literature world are descending on Auckland next week for the Auckland Writers Festival.  I’m lucky enough to be going to the festival and I’m incredibly excited about meeting my literary idols.

There is a brilliant line up of children’s authors coming to the festival this year and some really big draw cards – Alex Rider author Anthony Horowitz, the hilarious David Walliams, Australian author Morris Gleitzman and the creator of Captain Underpants, Dav Pilkey. All of these authors have a huge number of young fans all over the world and I’m sure their sessions will be sell-outs.

I’m especially looking forward to David Walliams session. I loved his TV series, Little Britain, and was sceptical when he started writing for children, but his stories are hilarious. His style of story is very similar to Roald Dahl, with lots of laughs and characters that make you squirm. If your children haven’t tried his books yet they are well worth a read. They are especially great for reading aloud and will have you and your children laughing out loud.

I love having the chance to hear authors talk about their books and it’s fantastic that the Auckland Writers Festival have managed to get such big names over here in little old NZ. 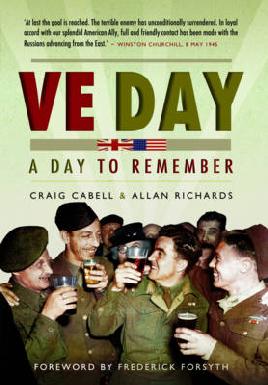 Early May sees the 70th anniversary of Victory in Europe – or VE – Day. After the suicide of Adolf Hitler on 30th April, the Germans surrendered on 7th May 1945, bringing an end to the Second World War in Europe. The following day was designated Victory in Europe Day – a day of celebration and relief but tinged with great sadness. Gatherings and parades were held by victorious, but exhausted, nations around the world. Due to the time difference VE Day was held on 9th May in New Zealand.

Victory celebration stirs Christchurch crowds. Christchurch turned out yesterday en masse to attend the second day of Victory Celebrations. A section of the crowd in the Square. 10 May 1945. The Press, 11 May 1945, p.8

The closeness of this anniversary to the 100th anniversary of the start of the Gallipoli Campaign reminds us that there was only thirty years between the landings towards the beginning of the First World War and the end of the Second World War. In turn, the end of the Second World War led to the dismantling of the British Empire, independence for many colonised nations around the world and the Cold War.