What did the Bison say when his son left for College?

World Animal Day was a concept originating with German writer and publisher Heinrich Zimmermann. He coordinated the first World Animal Day event in Berlin on 24 March 1925, and held it in the Sport Palace (Berlin Sportpalast) where over 5,000 people attended. Aside: Incidentally, the Berlin Sportspalast later proved a popular venue for party rallies and speeches during the rise of the Third Reich.

Four years later, in 1929, World Animal Day migrated to its current date of 4 October. Whilst involvement was initially limited to Germany, Switzerland, Czechoslovakia and Austria, Zimmermann lobbied hard to have World Animal Day recognised universally. In 1931 he achieved this goal when his proposal was unanimously accepted at a congress of the world’s animal protection organisations in Italy, and World Animal Day became recognised globally as it is today.

What is the significance of 4 October? This is the day of Francis of Assisi, the patron Saint of ecology. Two days before my birthday too, just in case husband is reading this (lol) and wants a birthday gift idea.

Endangered species are those plants or animals considered to be at risk of extinction. Contributing factors include loss of habitat (e.g. through deforestation), hunting, poaching, disease and climate change.

At present, critically endangered species include:

Sadly, this is merely the tip of the iceberg, and many of the world’s beautiful and exotic creatures are in imminent danger of slipping away forever. Just to think that in my lifetime we may bid adieu to the majestic tiger, is a terrible thought. And it’s not only animals who are heading for extinction, many of the earth’s plants, algae and fungi are also disappearing.

You can find information on the status of any animal on the IUCN Red List of Threatened Species, and Arkive also has some in depth coverage on conservation issues and the endangered species of plants and animals.

On a lighter note, here are some rather riveting animal facts in honour of World Animal Day:

Find out all you need to know about animals and the natural world through Christchurch City Libraries’ impressive selection of eResources. Here are just a few, click on the links to find out all about your favourite animals 🙂 :

Smithsonian Global Sound for Libraries
If you prefer your music to be of the natural variety, check out this eResource which has access to thousands of music tracks, both animal and human made. Like this birdsong.

Explore these and much, much more on our eResource A-Z page. All you need is your library card and PIN

New Zealand Birds and Animals, Dogs & Frogs
Informative pages put together for our website, by our librarians.

National Geographic Kids
Archives from the popular kids magazine- all sorts of fun images, maps and articles on the natural world around us.

All of our other eResources for Kids can be found on our website.

I would recommend Adventures of A Young Naturalist, the exploits of British broadcaster David Attenborough, and any of his groundbreaking and educational documentaries about the natural world which you can borrow for FREE at Christchurch City Libraries (in case you hadn’t heard, documentaries are now free at our libraries!).

Some of our latest animal titles: 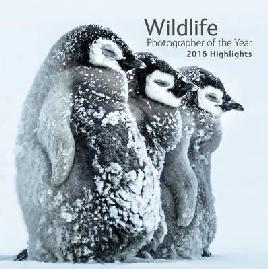 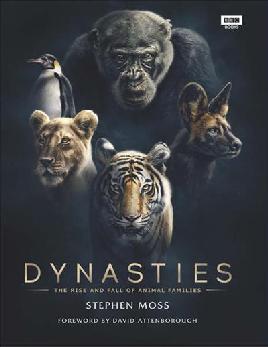 You will also find animal mags online through our eMagazine resource RBdigital: Browse for other books about animals through our catalogue.

Programming: Reading With Our Furry Friends

What kind of monster could resist that face? Reading to Dogs sessions are designed to provide a relaxed, non-threatening atmosphere in which children may practice their reading skills and develop a love of reading. Our dogs are the beloved pets of the Christchurch City Council Animal Management team, and have all been trained and tested for health, safety and temperament. Our dogs:

Library staff and a dog handler will be present at all times to help facilitate the sessions.

See our online calendar for dates and times.

How Can You Help? NZ Organisations Helping Animals

As always, more information can be found in our community directory CINCH: Community Information Christchurch.

World Animal Day is an international day of animal rights. It is held annually on 4th October, on the feast day of St Francis of Assisi.

On this day, some churches have the blessing of the animals. I don’t have any experience with this, but if the Vicar of Dibley is anything to go by, it’s a bit chaotic.

On a more serious note, it is good to know that (even in 13th century Italy) someone was sticking up for the animals. Animals need our help and protection, whether they be family pets, farm animals, zoo animals, or animals living in the great-out-doors.

Organizations such as SPCA, Cats Protection League, Department of Conservation, Forest and Bird and our own Christchurch City Council all champion the right for animals to have a good life.

To get involved with other animal lovers, search for the specific animal you are interested in in our CINCH directory.

As most Christchurch residents well know, yesterday marked one month A.C.E. (After Canterbury Earthquake);  however the 4th of October is also notable as World Animal Day and as the Feast Day of Saint Francis of Assisi, patron saint of animals, and founder of the Order of Friars Minor.

Francis was the son of a cloth merchant and was born towards the end of the 12th century in Assisi, in the gently rolling hills of Umbria.  Following a serious illness, he was inspired to give up all worldly goods to become an itinerant preacher.   His love for nature and animals gave rise to legends in which he was depicted preaching to birds and taming wolves. Many churches still hold an annual Blessing of the Animals service to commemorate his Feast Day.

Saint Francis is also remembered for his Canticle of the Creatures (also known as Canticle of the Sun) in which he refers to the sun, wind and fire as his brothers, and to the moon, stars and water as his sisters.

To find out more about Saint Francis (whose hometown, incidentally, was rocked by strong earthquakes in September 1997) browse the following resources:

And to (belatedly) celebrate World Animal Day, check out the following: