Last week at the fabulous Pop Up Globe in Auckland, I went along to see Richard III, Shakespeare’s depiction of the last Plantagenet monarch’s rise to power.

Richard III is often simultaneously described as being a comedy, tragedy and historical play. This production perfectly captured the comic side which can often be difficult to portray with such a villain at its centre. Richard mercilessly manipulates and murders his way to the top, still managing to win audiences along the way with his wonderful way with words and memorable speeches. Think House of Cards but with fantastic Jacobean period dress and swords.

Is it also a tragedy? This, I guess, will depend on how attached/frustrated/indifferent you become towards the other figures in the play. Richard’s contemporaries are certainly not portrayed as being the biggest and brightest on the block (unfortunate pun that I am sure Shakespeare would approve), with some, such as Lady Jane, seemingly complicit in her own doom.

As to the play’s historical label, audiences have to be wary of Shakespeare’s bias (or perhaps just adaptability to the times), considering his audience included Elizabeth I, the granddaughter of Richard’s successor, Henry Tudor. In this production there were also some modern references – the two princes in the tower were sulky teens sporting headphones, while Richard’s hired thugs presented themselves as street wise gangsters. These small hat tips to the modern day were subtly done and received some good laughs.

Against the beautiful backdrop of the replica Globe Theatre, the performance was given just as it would have been in Shakespeare’s day, without microphones and depending solely on the power of the actor’s voice. The cast really knew how to draw in their audience – at times even making their audience the actual audience, to Richard’s coronation, for example.

As with all of Shakespeare’s plays, universal and timeless themes come through, such as the abuse of power and man’s journey into evil. If you think Shakespeare isn’t for you and you don’t see the point of pondering over all those footnotes, you really should think again. It is often said that everything you need to know is in Shakespeare – and really who could disagree? No one has ever managed to capture the good, the bad, the ugly, the wise and unwise quite like the Bard, and no one has ever managed to surpass his beauty and mastery over the English language.

The library has many resources to help you start or continue your journey through Shakespeare’s oeuvre including copies of his works and free to borrow DVDS of his plays. If you can’t make it to the Pop-up Globe, locally our own Court Theatre often has a Shakespeare production on the way, and there is also Top Dog’s open air theatre to keep an eye out for.

“This morning, I was completely covfefe’d. I arrived for a training session at one location, but didn’t realise the training had been moved to a different part of town. Oops!”

See what I did there? I used a word that didn’t exist 24 hours ago, and you probably understood what I meant by it. Donald Trump, the 45th President of the United States, has created a word, and now everyone is using it. Sure, we don’t *actually* have an exact meaning for that word at this precise moment in time, but Twitter, Urban Dictionary, and keyboard warriors world-wide are working on that, and I predict that ‘covfefe’ will be a word that we hear more of in the future. 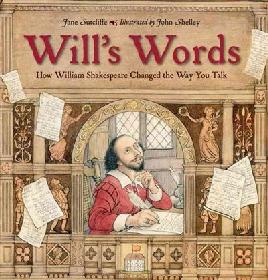 Know who else created loads of new words that people had never heard of, but that we now use all the time in everyday conversation? William Shakespeare, a guy from 17th-century England who was (depending on your opinion) either the world’s greatest playwright, or the man we have to blame for making us suffer through never-ending plays where everyone wanders round in disguise, talks to ghosts, and takes an absolute age to die (Romeo Montague, I’m looking at you!).

Let’s face it, Shakespeare’s plays aren’t the easiest things to read – they have way more than 140 characters, there are some really weird words in there that we don’t use now, and the film adaptations your English teacher shows you are most probably ancient, with bad lighting and hideous makeup and special effects. … And people talking really… really… really slowly, so the whole thing sucks up hours of your life that you can’t get back. 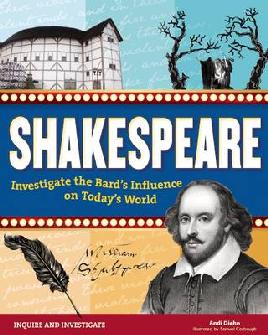 When it’s that hard to read his plays, you might be asking yourself a few questions: Why’s this guy so famous? Why do people think he’s such a great playwright (that’s the fancy name for an author who writes plays instead of books)? Who reads plays, anyway? and Why do I need to read this when it has nothing to do with real life in 2017?! I asked lots of those same questions myself, because studying Shakespeare every year of high school was about as fun as gouging my eyes out with a rusty spoon. (OK, fine, I haven’t actually tried that to see just how much fun it is, but I can imagine it probably isn’t too far off hearing the Bard’s words mangled by teenage girls and desperately trying to stay awake as the teacher made us analyse every. single. word. and discuss exactly why this actor had to exit on this side of the stage and not that side).

But … SPOILER … Shakespeare was a really cool guy! He actually wanted his audiences to enjoy his plays, he invented loads of new words that we still use today, and his plays are like the soap operas of today – 1600s Shortland Street, if you will. He wrote some really cool stories about love, life, lust … and loss … and he wanted us, his audience, to have fun with his plays, and escape from their normal, everyday life. He wanted us to get caught up in the murders and passion and insanity so that we forget about the normal, boring, everyday things like homework, looking after your annoying family members, or the fact you’ve just broken up with the love of your life.

HE DIDN’T WANT US TO BE BORED SENSELESS!

So, how can we make Shakespeare more fun? Easy. Basically whatever type of book you like to read, there will be something to do with Shakespeare that it will be easier to read than the plays you’re doing at school.

Graphic novels are like watching a movie on a page. You can look at the pictures, which makes it so much easier to work out what’s actually going on.

There are pick-a-path versions of his plays where you put yourself in to the story, and choose what happens. Want to play Hamlet as a girl? Do it. Want to turn Romeo and Juliet into aliens and send them off to a distant planet? Do it. Want to cause a zombie invasion or apocalypse and just end the story early? Guess what, do it. Because you can. You can even follow the story the same way Shakespeare wrote it, if you want to.

Learn how to swear and insult people, or find out more about the gross, stinky, and ugly parts of Shakespearian life with some informative non-fiction. 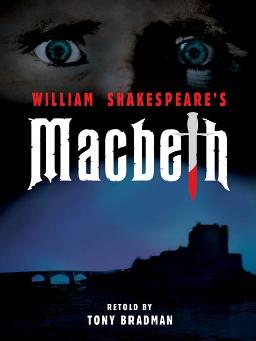 Prefer to read on your device? Not a problem. There’s a whole series of eBooks that at retell his plays in normal language so they actually make sense. And they’re written by authors who write normal books, so they’re heaps easier to read.

If you prefer reading fictional, made-up stories, there are heaps that have Will as a character, or are based around his life and plays. Some of these have more Shakespeare in them than others, but there could be something that you like the look of, so have a look at them and see what there is. I wouldn’t quote these in your NCEA exam, but you could still learn some interesting facts.

The last, and quite possibly best, way to get excited about Shakespeare – Hamlet: The Video Game (The Stage Show)! Christchurch’s own Court Theatre is putting on a show of William Shakespeare’s Hamlet as a video game, and it looks A. MA. ZING! We’ve been chatting to The Court Theatre about this show and it sounds like a must-see.

Hamlet: The Video Game (The Stage Show) is on at The Court Theatre from June 3 to June 24, and tickets are only $24. I reckon that sounds like a bargain for this show. I can’t wait to see it!