I’m a committed reader and I do read fairly widely and there’s one particular thing that I love when it comes to fiction; I love stories that blend and blur the lines between reality and mythology. The kind of thing where the lives of men and meddling gods coexist and the environment holds some physical form.

There’s loads of examples of this throughout literature – the Greeks and Romans loved to tell these types of stories, and those stories continue to be told in our own time – think of John Banville’s ‘The Infinities’ and ‘Fifteen Dogs’ by Andre Alexis . In both books the Classical Gods get involved in the modern life of humanity (and canines). And more recently there’s been ‘American Gods’ by Neil Gaiman, and ‘Good Omens’ a joint effort between Gaiman and the late Terry Pratchett. Both of which will be getting the screen treatment very soon! 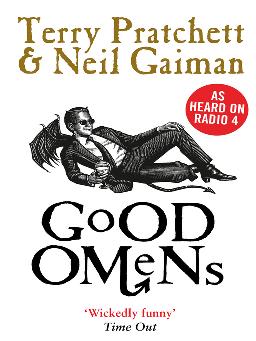 But what about the more elemental gods, the older gods, gods of the earth, environment, and the supernatural world…?

I’ve just finished reading ‘Flames’ by Robbie Arnott – a young Tasmanian author with some serious talent! He’s been writing for some years now and has a string of awards following in his wake, and he’s a very welcome addition to the burgeoning Tasmanian writers scene, a scene which includes the rural romances of Rachael Treasure, the gritty historic fiction of Rohan Wilson, and the Booker Prize winner Richard Flanagan. I’m a Tasmanian myself so I do enjoy keeping up with what’s coming out of the beautiful isle, but I wasn’t really prepared for how good ‘Flames’ was going to be! It feels as you read it as if the land of lutruwita (the indigenous name for Tasmania) is itself telling the story and we are the privileged few who get to gain some insider knowledge.

It centres on two young people just after the death of their mother, which itself acts as a catalyst for all that follows. The brother is steadfast and pragmatic and wants to protect his sister so decides to build her a coffin, to which her response is to flee into the wilderness of the South West where she discovers a supernatural aspect to the world around her, and to herself and also to her family. Meanwhile the brother mounts a search to find his sister. On the journey we meet characters that are both at one with the natural world and still finding and settling into their place in it. We meet their father, we learn more about the family’s background, and other characters each of who are portrayed perfectly to outline their purpose in the narrative.

Robbie Arnott’s use of language is poetic and evocative of times past, of the smell of earth, the feel of wind, and the heat of fire. The narrative moves organically from one character to the next, shifting perspectives and fleshing out the magic of the story as it progresses. His descriptions of Tasmania (and you can rely on this ex-pat to confirm) are stunningly accurate and establish a very strong sense of place – you can smell eucalyptus burning, hear the rush of the waves onto the rocks, and you can feel the semi-decayed earth under your feet as you negotiate the wombat burrows.

So; beautiful language, strong sense of place, great characters with depth and purpose, and an engrossing story line – it’s ticked all the boxes for me!

And ‘Flames’ is not the only book to achieve this balance between the real, the myth, the supernatural. ‘The Buried Giant’ by Kazuo Ishaguro is the tale of an ageing couple on a medieval pilgrimage with their purpose obscured by a think fog affecting memories, or there’s the outstanding series ‘The Tale of Shikanoko’ by Lian Hearn where we follow a journey of growth within a fantastical Edo-era Japan that has such imagination and rooted in strong mythology and where the everyday is touched with magic both light and dark. As is fellow Tasmanian Richard Flanagan’s great piece of surrealist historical fiction ‘Gould’s Book of Fish – a novel in twelve fish’ which I’m sure was both inspiration and license for Robbie Arnott to create this work, ‘Flames’.

And if you like this particular sub-genre then there’s plenty of films and tele series’ that are similar. You could have a look at ‘The Kettering Incident’, Tasmania’s own supernatural, David-Lynch-esque, tele series. It’s brilliant, dark, a bit creepy, and it’ll show you some places and environments very like those Robbie Arnott has depicted in ‘Flames’.

It is great to see a local book as stunning as the new Random House book, Rare wildlife of New Zealand by Rod Morris and Alison Ballance. Described as both ” a celebration and a call to arms”, the book highlights 100 species, from trees to flowers, bats and kiwis to tiny insects. The photographs throughout are terrific and quite remarkable in their clarity and their beauty.

One of the co-authors, Alison Ballance, is appearing at The Press Christchurch Writers Festival on Saturday in a session with Neville Peat and Brian Turner, chaired by photographer Craig Potton, called Can Words Save The World? Certainly a book like this does indicate that perhaps they can in that a passion for conservation informs work like this.