It’s a long time since I have read a happy Mothers and Daughters book. Honestly, decades. How can this be? Most of the mothers I know have great relationships with their daughters. Yet current fiction does not support this view, and I have the books to prove it:

Let’s start with Vivian Gornick’s biographical account of life with her mother – Fierce Attachments. Well, the title says it all really. Two lippy women living in the Bronx without the balancing household presence of any y chromosomes. The daughter: sharp-tongued and sexually adventurous, the mother: conservative and grieving the loss of her husband. Their best moments come when they walk the streets of their beloved New York.

Moving right on to Hot Milk by Deborah Levy, where things become that bit more curdled. Take one controlling, difficult-to-please mother, add a “finding herself” daughter and a dodgy medical practice. Transport them all to foreign soil, leave to simmer in the heat, stir occasionally – then prepare to dodge the fallout. Deborah Levy was shortlisted for the Man Booker Prize for Fiction in 2016 for this very readable novel.

My Name is Lucy Barton also has ill health as a trigger point for a dysfunctional mother/daughter relationship. It’s a small novel, set almost entirely in a New York hospital room, in which Lucy and her mother attempt to nut out their history. This book made me the most sad, because the real culprit in their story was poverty and its effect on families. It also makes one aware that sometimes, even when great efforts are being made, things do not always work out. In fact Elizabeth Strout is something of a specialist on the theme of strained mothers and daughters. Her highly acclaimed first novel Amy and Isabelle also tackles this topic.

A family is a tyranny ruled over by its weakest member

said George Bernard Shaw. This may well be true, but I won’t know for sure until I have reacquainted myself with some good strong Happy Families books. Does such a thing even exist?

I am a chameleon reader. This is someone who takes on the personality of a character in their current read. In other words, a person who has porous boundaries between their real and their imaginary worlds.

The person most affected by this is my husband – who has taken to tentatively entering the house at the end of the day while he works out which persona is going to greet him. Here are some recent examples of my chameleon reading:

Commonwealth by Anne Patchett made me all envious of big families and large gatherings – resulting in an unexpected desire to entertain at home and devise menus for dinner parties. Just like  the beautiful Beverly who did exactly that, and ended up causing the mother of all family upheavals in the terrific family saga that is Commonwealth. We sank happily back to our two-person suppers when I finished reading this book.

However I bet my man preferred Commonwealth to the effect of my next read, Vivian Gornick’s Fierce Attachments. Reading Gornick makes me want to be a feisty, intellectual Jewish woman from the Bronx. It must have been a terrifying experience to come home to find me transformed into a sharp-tongued feminist with acute mother issues. But that too passed.

And in its place came the altogether more malleable Tannie Maria in The Satanic Mechanic. Along the lines of Mma Ramotse in Alexander McCall Smith’s Botswana series, this South African Karoo novel comes with a lovelorn closet detective who is a terrific cook (this is one of those books interleaved with recipes – and the odd Afrikaans word). My husband was very happy with this turn of events. But, it was a short, easy read and I moved quickly on to…

… Olive Kitteridge by Elizabeth Strout. Well here is a character who Takes No Prisoners. Who reaches rapid conclusions, holds onto them come hell or high water, who only once in her entire marriage apologised to her truly lovely, all-patient husband. We watched the DVD. My husband thought Olive was a total witch. But she is not, so I put him right about that in a Kitteridgy way. Still, I bet he is praying that I do not read the book.

And that’s what chameleon reading is all about. You should try it – it’ll really keep your partner on his or her toes!

How best to tell one’s truth? Inspired by Emily Dickinson’s “tell all the truth but tell it slant”, deft writers Steve Braunias (NZ), Joan Fleming (NZ), Vivian Gornick (US), and Chris Price (NZ) read extracts from their work to show us the many and varied ways in which this can be done.

Steve Braunias is like a jugular heat-seeking missile, and in his reading extract he had the NZ Green Party in his sights. Acutely observant, witty and irreverent, here’s some of his slanty truths:

Eleanor Catton: “from whose pages, it must be said, one does not come away clutching one’s sides in laughter.”

Metiria Turei: “one of the smartest people in the room, then someone gave her a ukulele. There followed the longest 4 minutes of my life.” 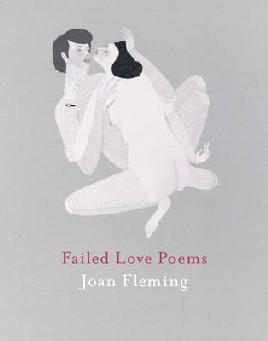 Vivian Gornick who read from her book The Odd Woman and the City has had many loves in her life and talks of herself as a person for whom “lovemaking was sublime, but it was not where I lived.” Friendship plays a much greater role, and her interactions with her friend Leonard bring out the best in her writing: “We share the politics of damage … our subject is the unlived life.”

Chris Price is also a New Zealand poet. She drew the short straw in terms of the line-up, as one of the features of AWF is that events follow in rapid succession and you have to queue to gain entry to some of them. Several patrons had to leave while Chris was reading. It must have been very distracting. And it was their loss, here is a quote from a poem about cross-dressing:

After raiding your wardrobe, I feel so much more myself

All these authors can write and read and speak and connect. The 45 minutes duration of these reading sessions just passes in a flash.

Now to elbow my way to the front of the queue for the next event!

I can say, with absolute certainty, that every good friend I have would love to sit in a cafe, with a good coffee and a tasty little nibble and Vivian Gornick for company. All that intelligence, that wit, that wisdom, that chutzpah coming at you in an accent straight from the Bronx. I did not want this session to end.

Vivienne is the doyen of the Personal Narrative. This is where you write about your life – everyone knows you are the narrator. But you shift the events around, you change all names other than your own, you play around with years of observation. You create a collage of your life. You do it so well, that even Gornick’s best friend – Leonard, a gay man, phoned her after he had read The Odd Woman and the City and asked: “Can I audition for the part of Leonard?”

How does Gornick pull this off? First she walks the streets of New York – she finds this walking very healing. On her walks she observes and: “I talk to anyone who will talk to me.” She has done this for decades and collected together all these little anecdotes. She pulls the story out of these situations. It goes like this:

Writing begins with a feeling. Intelligence brings art to that feeling. You need to think, and thinking well is the hardest thing in the world to do. It is not the same as obsessing. When the thinking goes well it flowers, without warning, into something beautiful. And that is when the writing is great.

Gornick loves walking, her friends, Feminism, New York and intelligent conversation. She is 79 and lives alone (like 50% of New York’s population.) She feels qualified to say that the real perils of old age are not the physical problems which have been given so much attention, but the spiritual and intellectual losses of good like-minded company.

“Fifty years ago we would have been our parents. Who are we now?”

“They passed” said Leonard. Fifty years ago you entered a closet called ‘marriage.’ In the closet was a double set of clothes, so stiff they could stand up by themselves. A woman stepped into a dress called ‘wife’ and the man stepped into a suit called ‘husband.’ And that was it. They disappeared inside the clothes. To-day we don’t pass. We’re standing here naked. That’s all.”

“I’m not the right person for this life,” I say.

“Who is?” he says, exhaling in my direction.

I hope Gornick and Leonard will still be having conversations like this when they get really old. Actually, I hope I am still having them too.