I’ve always been interested in old-fashioned toys, and find it really interesting learning what toys have been popular at different times. There have been some fascinating playthings through the years – no, fidget spinners, I don’t mean you! – but of all the toys I’ve seen, it’s always been the humble teddy bear which held a special place in my heart.

With a history dating back to just the start of the 20th century, I found the story of these furry creatures fascinating, and there was something about their personality and stature that just clicked in my little brain. As far as I was concerned, the teddy bear was my ‘spirit animal’, and quite definitely ‘the’ thing to collect. Toys, ornaments, mugs, books – if it had a teddy bear on it, I wanted it. When I got a membership to Victoria Street’s original ‘Not Just Bears’ shop for my 10th birthday, I was in teddy bear heaven.

I don’t collect teddy bears anymore, but with a background like this, you could guess how I felt when I heard that Michael Bond, creator of one of the most famous literary teddy bears of all, had died. I felt like I had lost a friend, and it was as if a little bit of my childhood had gone with him.

Paddington Bear. He of duffle coats, marmalade sandwiches, and a never-ending sense of mischief. The bear from deepest, darkest, Peru, who finds his English family on the platform of London’s Paddington Station. A bear who had been there through the many different stages of my life. A bear I had grown up with, and who I feel is just as important now as he was when I first met him.

My parents have a photograph of me in a costume parade back in my first year of primary school. There I am, dressed up as a nursery rhyme (more specifically, Mary from ‘Mary, Mary quite contrary’ with a garden growing out of my hat), and I am holding hands with my friend Katie. Gumboots, duffle coat and luggage tag, floppy hat, and a smudge of a black bear nose – she was a perfect Paddington. I remember listening to Paddington stories as books on tape as Katie and I played together at her house – we loved hearing about his mishaps, and pretending it was us getting in to all that mischief. When we were expected to be well-behaved and stay out of trouble, Paddington could do what he wanted.

As I got older and was able to read the books myself, I was kind of jealous of how independent this bear was. There are lots of different Paddington stories, and I love the fact that in all of them Paddington sees something that needs doing, and does it. Things don’t always go the way he plans, and he might end up needing the Brown family’s help to achieve what he sets out to do, but he always gives things a go, and it is always him at the centre of the action. Everyone else is just a supporting part. When I was wanting to be more independent and getting frustrated that I couldn’t go down to the park unless I was with my friends and home by teatime, Paddington was off on his own, exploring and doing what he wanted.

Fast-forward a couple of decades, and I am working at a children’s bookshop when a Paddington Bear treasury comes in. A beautifully-illustrated hardcover book, this brought back a rush of memories for me. It instantly became one of my go-to recommendations for people looking for books for young children, but with so many Paddington Bear fans out there already, I didn’t really have to work too hard to recommend it – that bear really did sell himself. I loved seeing the looks on customers’ faces when they realised they could relive their childhood joy, and share these stories with their children. I had loved Paddington when I was little, and now I could introduce him to a whole new generation of fans.

Moving on to Christmas 2014, and I am mentoring a young child through Big Brother Big Sister. This was a child who had heaps of stuff going on in their life, without the opportunities to do so many of the activities many of us take for granted. As a special treat I suggested the two of us go to see a movie, something the kiddo hadn’t done before, and Paddington was the movie of choice. I’m not mentoring this young person anymore, so I don’t know if they still remember the movie’s plot, or if they’ve read any of the books that the movie was based on, but that really doesn’t matter. For me, the best part of going to see this movie was looking over at the seat beside me, seeing a child totally engrossed in a new experience, and knowing that regardless of what happens to them in the future, they will have a memory of doing something new and fun with someone who cares about them at this moment. Sharing books and stories is as much about making memories as it is about actually reading, and now Paddington Bear is makes me think fondly of being with a particular person at a particular time of my life. Hopefully it does the same for them, too. 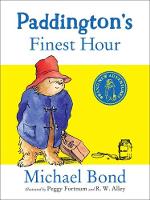 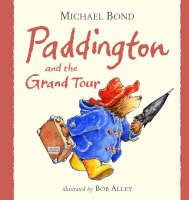 And here we are in 2017. When I think of Paddington now, I see him like a child who has ended up in care for reasons outside of their control. Sent away, to live in a different environment with a new whānau that he doesn’t know… in other words, some of the same challenges New Zealand children might face if they can’t stay in their own homes. Paddington manages to thrive in his new home, despite the difficulties he faces, and in this way he shows our kiwi tamariki that they too can get through these difficult times. It is really important for children to be able to see characters like themselves in books, and if children can look at Paddington as a role model during challenging times in their life, then I think this bear is just as relevant now as he was when Mr Bond first introduced him to us in 1958. 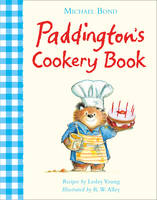 So join me in celebrating the life of Mr. Bond, and the wonderful, colourful, character which he has left us.

Check out the Paddington books we have available, and share his stories with your own friends and family over a nice cup of tea, a marmalade sandwich, and some of Aunt Lucy’s Sweet Potato Mash. Apparently it’s a hit with the bears in the Home for Retired Bears back in Lima, Peru.

Teddy Bears are optional at the Co-operative Bank Children’s Day at the Groynes on Sunday 4th March. But why wouldn’t you take your teddy bear? Thinking about dusting off my eyeless teddy, who has been present at many a picnic and library event over the years, got me to pondering favourite fictional teddy bears.

Aloysius, the cherished companion of doomed old drunkard Sebastian Flyte in Brideshead Revisited, immediately sprang to mind. Sebastian goes to the barber on the High in Oxford to buy a hairbrush ‘to smack Aloysius when he is naughty’, but sadly Aloysius fades out of the story when Sebastian begins to really hit the bottle.

Winnie the Pooh is of course immortal and then there’s Michael Bond’s Paddington Bear, the originator of so much merch he has his own stall at Paddington Station in London.

Favourite fictional bear of the non-teddy variety is as far from cuddly as it is possible to be: Iorek Byrnison, of Philip Pullman’s The Golden Compass. Iorek is an armoured bear and the scene where he fights the bad bear king Iofur for the right to lead the bears to his kind of beardom is one of the most memorable I have ever read. Even the pallid movie they made of this wonderful story couldn’t ruin it.