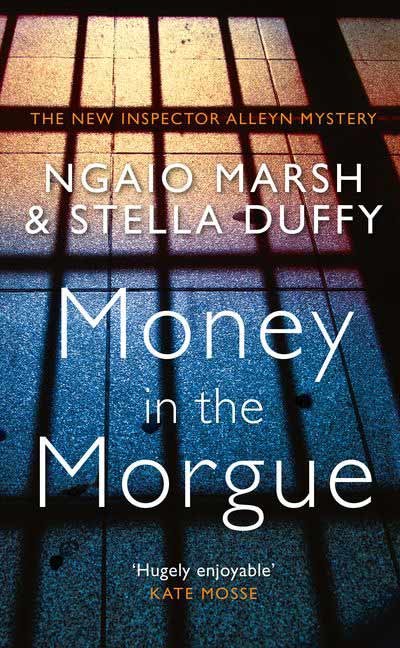 Stella Duffy: writer, playwright, actor, improviser, founder and co-director of Fun Palaces, and general multi-tasker extraordinaire. How, asks interviewer Liz Grant, does she have the energy?

I like working, and I know I’m really lucky to be able to do it — my parents both left school at 14, had very hard working lives, the only time off my dad had was when he was shot down in World War II and became a POW — so when artists talk about how it’s such hard work, and they have to suffer, it makes me want to punch them. What’s hard work is raising seven children like my mother, or being a brilliant man with no opportunities like my dad. I work really hard at my job, but it’s not hard work. I know I’m fortunate to be able to do it.

Duffy’s family history is fascinating — like all families it is complex and messy. While researching she discovered a great-grandmother who had given birth in Holloway prison. The reason for her spell inside? Manslaughter; “I didn’t realise the baby was so ill,” she said in court, “and neither did my (12-year old) daughter.” She worked from 9pm-6am every night (“charring” is the occupation given, scare quotes intentional), providing for her children so that she could be home to get them ready for school, only to lose a child and be imprisoned while pregnant with the next. It’s a far cry from Downton Abbey, that’s for sure, and can be seen in the hard working lives of the families in Duffy’s London Lies Beneath.

Probably the most interesting for me was the talk of home/not home, how once you move away from the place you grew up you effectively lose it — always missing home, but when you visit it has changed without you. This really resonated as someone who grew up in a small town but now lives in a city, with family across New Zealand as well as far away in Europe, who has lived overseas and now feels the tug of home/not-home wherever I am.

Christchurch in particular has that double-layered effect, walking down streets that have changed beyond measure in only a few years. In cities such as London and Rome the juxtaposition of past and present is even more noticeable, everything built on and around and between the layers of its own history. Duffy loves being swallowed up by such a vast, full and vibrant city, being “a small fish in a very big pond”, keeping the taniwha in the Thames fed with Kiwi accents and secrets:

You know what they say about the taniwha, don’t you, girl?

She shook her head.

He smiled as he said, It’s homesick, of course, but the Thames is too busy and it can’t get by the ships for fear of being seen and lauded and brought ashore for our pleasure again. It doesn’t like to be looked at, not directly. And it’s bigger, much bigger now, grown full on the secrets we tell to the water. That taniwha lives off our whispers, eating up the fears and tears we tell over the side of a bridge. It’s grown fat on what we hide from in the dark, beneath the bedclothes. There’s no getting away from it either, it will follow you along the Effra or the Neckinger as easy as it rides the tide from Tilbury to Teddington.

When I first read about Money in the Morgue I was under the impression that Duffy was simply finishing an already mostly-completed manuscript, but no: Dame Ngaio Marsh only left three sketchy chapters with some rough notes and no ideas of whodunnit, where it was done or how. Helpful!

Duffy talked a little about how to recreate the tone of Marsh’s writing without the less desirable -isms that permeate 30s era novels (how to make it seem as if it were written in that time but not of that time, if you see what I mean). The answer? Steal a few of Marsh’s writing tics. “Alleyn rubbed his nose.” “His ascetic monk’s face.” “His long, elegant fingers.” Perhaps we’ll see some of New Zealand’s “primordial landscape”, too. All jokes aside, Duffy is careful to avoid any sense of pastiche or mockery in her writing, being an avid admirer of Marsh’s work.

I look forward to reading Money in the Morgue when it’s published in May 2018, and in the meantime reading Duffy’s recent thriller, The Hidden Room. If you’re interested in learning more about the historical setting of London Lies Beneath, Duffy recommends Round About a Pound a Week, written in 1913 by the trade unionist, Fabian and feminist Maud Pember Reeves. If you’re new to Ngaio Marsh’s writing then she recommends starting with Died in the Wool, a country house mystery set on a high country sheep station in New Zealand.

Many years ago I used to bus up and down the Walworth Road and round the Elephant and Castle, south of the Thames in London, either on the 68 or the 468 (if memory serves me right Janet Frame used to take one of those buses, or one very similar).

While I’d spend quite a lot of that time reading I also used to enjoy looking out of the window at the variety of people and places. I always enjoyed the Mixed Blessings Bakery, Rimworld the hat shop, and the halal noodle bar. On a more serious note, there was also a memorial to victims of the Blitz on the side of the Cuming Museum. As with any city it was a true palimpsest, with many layers of history side by side and intermingled.

Imagine my nostalgia when the pages of a book took me on that same journey, but decades earlier. A book which has a dedication which talks of a taniwha in the Thames. I just loved Stella Duffy’s London Lies Beneath, so rich and evocative of the melting pot of the city in 1912.

This sense of place and history and connections is one of many reasons I am so excited that Stella is coming to the WORD Christchurch Autumn Season on 15th May to talk about her latest books, including London Lies Beneath, and her task of finishing Ngaio Marsh‘s unfinished Money in the Morgue.

Stella writes and campaigns in many areas, such as the arts, breast cancer, women’s and LGBT issues, and has worked in the theatre and written a number of novels and short stories. More recently she has become a co-director of Fun Palaces – a weekend each year where a variety of venues and locations enable arts and science for all, with a belief that community belongs at the core of all culture. They are a brilliant idea and Central Library Peterborough has had the opportunity to host a Fun Palace for the last couple of years.

I have also only just realised that Stella has written fiction about the Empress Theodora – I do love a bit of Byzantium!

I can’t wait for 15th May and hope to see you there.

WORD Christchurch has joined forces with the Auckland Writers Festival to bring amazing authors to Christchurch in May.

The WORD Autumn Season, which runs from 14 to 17 May, features:

The audience for our last festival increased by 50% on the previous festival, showing there is a real appetite for these thought-provoking events in Christchurch. We are thrilled to collaborate with the Auckland Writers Festival to be able to bring such high-calibre speakers to the city.

What should you do now?

See you at the WORD Autumn season!