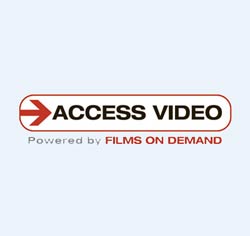 Do you find that appealing offerings on TV are rather meagre these days? If so, why not check out Access Video?

Access Video is one of our many eResources. It gives you access to thousands of streaming world-class documentaries, award-winning educational films, and helpful instructional videos on every known subject. The videos can be watched as a whole or just in  segments. Some titles even have transcripts so you can read along if your hearing is impaired.

The library has recently added over 100 new titles to this collection. Although most are about some aspect of American life, there are many of interest to those of us Down Under.

They include a group about dance theatre, mainly set in New York, e.g.:

There are also many on important social issues, such as

And for the Shakespeare fans or newbies, there is The Tempest (S1), presenting the Bard’s work as an animated masterpiece.

So instead of shaking your head in dismay at what’s on the box, try out Access Video – all you need to access it is your library card number and PIN/password.

New to our stable of electronic resources is this wonderful resource Australia /  New Zealand Points of View. This takes on all of the topics you may be debating around the dinner table – with perspectives on major contentious social, political, and technological issues relevant to New Zealand and Australia. It will be useful for students as well as us older folk who hate to lose an argument.

Topics cover many pertinent issues in New Zealand today such as the debate about changing the Kiwi flag, gay marriage, and the rights and wrongs of the anti-smacking law. Environmental issues are also covered with fracking, climate change from a New Zealand perspective and whaling all being in the mix.

This resource contains over 130 other topics which all have:

Never be left speechless and annoyed again – get all the facts to be able to stand your ground and win the day. You can access this resource from home or in any community library. Let the debates begin!

I’m a bit of a news junkie and I often see topics in the news that I would like to find out more about. It’s not always that easy. Delving into other sources takes time.

I wanted to know more about child labour in India after it came up in relation to our proposed India/New Zealand free trade agreement.

I also wanted to find out more about reactions to the wearing of burqas after two bus drivers in Auckland refused veiled women entry to their buses.

The new Global issues in context database in the Source is a gold mine of such information.

When I looked at it, the front page featured in-depth articles on the Fukushima power plant, child labour, the next presidential elections in the States, the “Arab Spring” uprisings in the Middle East and many other topical issues. Anything not on the front page was easy to access with a simple keyword search.

I can see I’ll be dipping into this on a regular basis.