It seems apt to be writing about American cartoonist Raina Telgemeier’s latest graphic novel Ghosts (released September 2016) after a night or two of ‘dark and stormy’ wild weather across the country. I lay in bed snuggled up with my children to keep warm, making up spooky stories to tell them as the wind lashed the trees. It was the kind of weather that gets one imagining something eerie in the air… like ghosts, perhaps.

Ghosts is a little bit different from Raina’s previous, award-winning, autobiographical graphic novels Smile (2010) and Sisters (2014). For fans expecting another story from her real life, she points out this is her first true fiction story “not at all based on real stuff.”

However it does similarly revolve around two sisters:

Eleven-year-old Catrina and her family are moving to the small coastal town of Bahía de la Luna because her younger sister, Maya, is sick. Cat isn’t happy about leaving her friends, but she tries not to complain because she knows Maya will benefit from the clean, cool air that blows in from the sea. As the girls settle in, they learn there’s something a little spooky about their new town…

Have a peek at an excerpt of Ghosts set in the missions of foggy northern California and during the Day of the Dead (Día de los Muertos).

As a fan of graphic novels, especially autobiographical comics, it was exciting to meet Raina and hear her speak at the recent International Board for Books and Young People Congress (IBBY), held in Auckland in August 2016.

Raina’s illustrated stories of her life growing up appeal to 7, 17 and 37 year-olds alike. I thought it was curious that my copy of Raina’s book Smile had gone missing from my bedside table one night and when I went to check on my young son, supposedly asleep in bed, I found he had taken it and was totally absorbed and asking for more – I suspect it was the smiley face on the cover that attracted him. He quickly became a big fan of Raina’s despite the content of her books being from a female perspective and about sisterhood and female friendships. This is a great reminder not to gender stereotype readers’ interests.

Moreover, graphic novels are a great hook for reluctant readers. I like to think of Raina’s comics as ‘gateway graphic novels’ and wanted to meet Raina partly just to thank her for really igniting my son’s reading. I also blame Raina for my son wanting a pet fish (her fish poo scene had him in hysterics) as well as his first iPod for his birthday (just like her character in Sisters, although in her case it was a cassette player, being the 1980s). Happy Birthday son – you’re also getting Ghosts for your birthday too!

The title of Raina’s talk at the IBBY Congress My Life as a Comic and Comics are My Life highlights how interchangeable these two aspects are for her. Indira Neville, from the National Library of New Zealand in Auckland – and a cartoonist in her own right – introduced Raina by acknowledging her impact on making a greater space for women in comics. Raina then talked about her influences on her comic-making as a child.

Raina shared her early influences and inspirations as a child growing up in the 1980s in America (like me) such as the Care Bears, the Smurfs, Strawberry Shortcake and Scooby Doo cartoons. Perhaps a reminder not to write off children’s seemingly vacuous television viewing. She was talking about my childhood too! She also highly rates the comic series Calvin & Hobbes by Bill Waterson and Bone by Jeff Smith as both being important in her becoming a cartoonist.

Raina was also a huge fan of realistic fiction such as that of Judy Blume and of Beverly Cleary and her stories of sisters Beezus and Ramona. Raina was interested in what kids her age were doing and was enamoured with For Better and for Worse by Lynn Johnston – in this comic strip the characters grew up every year alongside her and her family in real life so they felt like friends or neighbours to Raina and for her, lives blurred between reality and comics – much like her own work does. 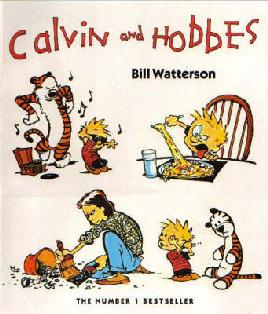 A seminal comic she received was from her father, Barefoot Gen by Keiji Nakazawa, which ends with the atomic bombing of Hiroshima. She said she cried for two days after the ending and was fascinated with how “comics can make you feel a huge emotional response” – this resonated with her from a young age. She credits Barefoot Gen with waking her up to the power of storytelling.

“Comics can make you feel a huge emotional response.”

Another spark was a 1st grade teacher who set a year long assignment of diary writing where the teacher would write back and forth to the students in diaries they were keeping. Raina helped illustrate her school annuals and yearbooks and she kept an illustrated journal all through school and college, drawing her day in a visual diary. She still keeps a weekly comic diary. She says “all my influences get chucked into a blender and what comes out is my own original work.”

Raised in San Francisco, Raina went to the School of Visual Arts in New York, “having been enamoured with the city due to shows like Sesame Street”, and there she studied illustration and comic-making. She made mini-comics “back in the pre-internet days” and distributed about 7,000 copies of her her mini-comic ‘Take-out’ (7 issues, 12-pages black and white). She sold them for a whopping $1 a piece and would be thrilled when she received a cheque for $2.50 for selling a few comics. Her advice at the conference on how to get good at drawing comics? “Trace and copy is a great way to learn how to make shapes.” Simple as that.

Raina frequented comic conventions to promote her work and was approached at one by Scholastic Book Group, who were kicking off Graphix – an imprint of Scholastic. Raina had only done short comics up to that point so wasn’t sure what to do for a larger book so they asked her what she really liked reading herself as a kid. Answer: The Baby-Sitters Club by Ann M. Martin, which just happened to be in Scholastic stable of books and wow, two weeks later she had a book contract to illustrate the beloved series. She lifts the dialogue straight from the books and each of the four books took a year to make. Initially in black and white they have been reprinted in colour and since then have been on the New York Times Best Sellers list (colour sells!) She says she can see herself across several characters in The Baby-Sitter’s Club but Kristy is her favourite and of course the character in her comics she can relate to the most is herself… She went on to write and illustrate several graphic novels about her experiences growing up, also published by Scholastic.

Warning: Contains graphic content (of a dental nature)
Smile (2010) depicts the aftermath of an incident that led to Raina having her teeth reconstructed between the ages of 11-15, after falling over and damaging her permanent front teeth. This was a very self-conscious time of life and her graphic novel lays bare these awkward years and the accompanying bullying as well. There is something innocent and wholesome about Raina’s stories and she comes across as cheerful but there were certainly no smiles when she presented a photo in her talk of her gruesome dental files from this time period. Set in the time covering the 1989 Loma Prieta earthquake in San Francisco, Raina says in Smile: “I survived a major earthquake. I guess in the grand scheme of things losing a couple of teeth isn’t the end of the world.”

Sisters (2014) was based on one panel in Smile about a family road trip and delves into the relationship with her younger sister Amara and wider family dynamics many readers will relate to.

Raina can’t wait to be a big sister. But once Amara is born, things aren’t quite how she expected them to be. Amara is cute, but she’s also a cranky, grouchy baby, and mostly prefers to play by herself. Their relationship doesn’t improve much over the years, but when a baby brother enters the picture and later, when something doesn’t seem right between their parents, they realize they must figure out how to get along. They are sisters, after all…
Present-day narrative and perfectly placed flashbacks tell the story of her relationship with her sister, which unfolds during the course of a road trip from their home in San Francisco to a family reunion in Colorado.

What’s the drama with Drama?

After the dramas in Smile came the real Drama (2012). Set in middle school years, partly Raina’s intent with Drama was to honour the technical people who do the work behind the scenes in school drama and stage productions (as opposed to the select few who make it on stage). Drama is a homage to these friendships and the camaraderie that occurs between them. In the story are twin boys who are gay, just like her best friends were at school. On the controversy of having young gay students depicted in Drama, she says she is pleased Scholastic backed her and notes her based-on-a-true story graphic novel is actually indicative of the real world compared to fantasy-driven comics which get less questioned. Moreover she says:

“I hear from kids thanking me for validating their existence.”

This I think is the essence of what makes her work so popular among readers young and old alike – they can find themselves in her stories: in the sibling spats, in the humiliating experiences, negotiating friendships and in the minutiae of school and home life.

What other comics and books does Raina recommend for readers who love her graphic novels?

She gave special mention in her presentation to:
El Deafo (2014) by Cece Bell Raina rates it as: “The best middle grade memoir about hearing loss you will ever read.” Okay, it may be the only one.
Roller Girl (2015) by Victoria Jamieson. A graphic novel adventure about a girl who discovers roller derby right as she and her best friend are growing apart.
Sunny Side Up (2015) by Jennifer L. Holm & Matthew Holm. From the brother-and-sister creators of Babymouse, Sunny Side Up follows the lives of kids whose older brother’s delinquent behaviour has thrown their family into chaos. 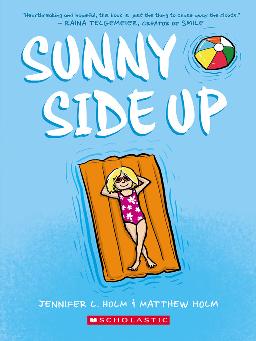