Welcomed by Marianne Hargreaves, Executive Director of WORD Christchurch Festival, Leonard Bell enthralled us on Wednesday night with his presentation on artists that emigrated to New Zealand, and their influence. His book Strangers Arrive: Emigrés and the Arts in New Zealand, 1930–1980 was published in November 2017 by Auckland University Press.

Leonard Bell is associate professor of art history at the University of Auckland. His writings on cross-cultural interactions and representations and the work of travelling, migrant and refugee artists and photographers have been published in New Zealand, Britain, the United States, Australia, Germany and the Czech Republic. He is author of Marti Friedlander (Auckland University Press, 2009), Colonial Constructs: European Images of Maori 1840–1914 (AUP, 1992) and In Transit: Questions of Home and Belonging in New Zealand Art (2007). He is co-editor of Jewish Lives in New Zealand (2012).

Using fascinating art images he regaled the audience with stories of artists’ forced migrations here fleeing from Nazism, communist countries or displacement after the Second World War. Making connections between displacement and creativity he follows the journey of photographers, architects, sculptors, writers, painters and other artists, the places these artists connected with each other, and and their influence on emerging New Zealand artists.

He also discussed the reception they received from general society and the inspiration they were to some local artists such as Colin McCahon. They brought with them modern styles of art unseen here which in turn changed the local art scene forever. We owe a lot to these artists.

His talk has inspired me to read his book Strangers Arrive: Emigrés and the Arts in New Zealand, 1930–1980and to delve a little more into New Zealand art history.

If you happen to visit the Christchurch Art Gallery in the next few months you’ll see a piece of Christchurch City Libraries on display.

Ten of the library’s tukutuku panels are on temporary loan as part of an exhibition put together by assistant curator Nathan Pohio called ‘Moroki‘. This word refers to something with an ongoing nature and expresses continuity. In this instance the focus is on historic and contemporary Māori artworks that offer insight into the relationships between Māori art and architecture, and is part of a wider exhibition highlighting 19th and 20th century New Zealand art currently on display at the art gallery.

This is not the first time the tukutuku panels have had a temporary change of home.

Created in 2001 as part of a community art project led by Ngā Puna Waihanga, 19 tukutuku panels were installed in Ngā Pounamu Māori, the Māori resource area on the 2nd floor of the Central Library in 2002.

After the library building was damaged in the 2011 Christchurch earthquakes the panels were removed and eventually distributed to a number of libraries around the network. The tukutuku panels currently on loan to the art gallery were previously housed at the Linwood and Aranui libraries. When Tūranga, the new central library building currently under construction in Cathedral Square, opens the tukutuku panels will again be brought together and displayed with the Māori collection.

The ten tukutuku panels currently on display at the art gallery sit across from paintings of Māori architecture and carvings, and the colours, shapes and designs on the panels really have an opportunity to shine when placed alongside other artworks.

If you want to know more about how, why and by whom the library’s tukutuku panels were created check out our Puāwaitanga o te Ringa – Fruits of our busy hands resource for photos of the panels along with explanations of the different designs and their meanings. 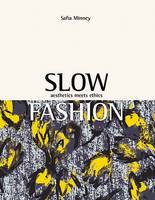 “People are too new here and nature absorbs them.” Pat Hanly

This afternoon I had the pleasure of attending a talk by Ron Brownson, Senior Curator of New Zealand and Pacific Art at Auckland Art Gallery, about the work of artist Pat Hanly.

The talk was given in celebration of the publication Hanly, edited by Gregory O’Brien, which is arguably one of the best art books published this decade. Ron Brownson believes this book is ‘better than a TV programme, it is better than a TV series. It is a mini capsule of excitement.’ 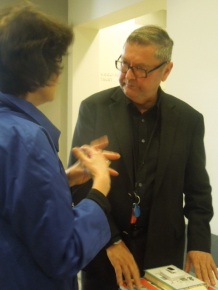 Ron Brownson is a charismatic speaker. He quickly engaged his audience and treated us to a feast of Hanly’s paintings blown up on slides to the size of the gallery wall. He said, ‘If you’re going to have colour, you’re going to have a glut of colour’ and that was certainly what this art-starved Cantabrian needed. Vibrant blues, reds, greens and yellows filled the space, engaging the senses and lifting the spirit, as Brownson took us through the major series of Hanly’s art.

Auckland Art Gallery has just been bequeathed one of Hanly’s Showgirl Paintings and the curators are anxiously awaiting its arrival on New Zealand soil. It is a work ‘delicious in its sensuality’ containing the figure of a dancing girl which is Chimera-like in spirt. It will be a great addition to the Auckland Gallery collection.

No man is an island, not even a painter, and it was wonderful to see Pat Hanly’s wife, Gil, taking photos for the Auckland Writers and Readers Festival. She added some interesting background information to the talk, in one instance filling us in on the events that led up to the painting Fire at Mt Eden. Warring gangs in the neighbourhood set fire to a house close to the Hanly home and the family watched as the flames leapt into the night. Although Hanly’s works are abstracted, they are of this world.

Some people say they don’t understand Hanly and Brownson believes he knows why:

‘They don’t understand about joy and happiness. (Hanly’s) painting is full of joy. It enjoys living.