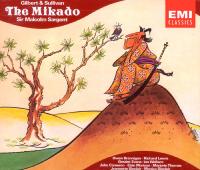 Last night I sat in a beautiful room and listened to a fabulously sung tale about serial killers.

It was a brilliant night out and Sweeney Todd: demon barber of Fleet Street was every bit as awesome as I’d hoped it would be. My companion, The Opera Newbie, was also very impressed, and thoroughly enjoyed the evening. We laughed in all the right places, jumped (embarrassingly) at unexpected loud noises, and clapped enthusiastically whenever terrible things happened (he’s in the chair! he’s just had his throat cut! he’s sliding from the chair through a trapdoor and into the basement!)

I was a bit nervous that the live opera performance wouldn’t measure up against the recent Tim Burton movie, which was visually stunning and starred the always-brilliant Helena B-C, as well as badly-behaved Johnny Depp.

Sometimes when you’re watching a live show and there’s lots of singing, it can be hard for people who don’t know the story (or the songs), but Opera Newbie reported that he pretty much followed the lot. And the set was gorgeous. Deceptively simple, but with lots of different clever bits that moved in mysterious ways. The lighting was almost a star in its own right, too, with atmospheric fog and really effective spotlights making things look darn scary quite often.

My favourite character in any of the different versions I’ve seen is always Mrs Lovett, and last night was no exception – Antoinette Halloran’s voice, acting, costume were all fabulous, and I totally have a fangirl crush on her. I’m also finding myself humming bits of her songs, and vaguely thinking that this weekend I might try making some pies.

If you’re thinking about going along, maybe don’t take the kids – it’s sweary, and bloody, and has some naughty bits too. But if you have the opportunity to grab some last-minute tickets for the show for yourself and your grown-up friends you absolutely should do that (it’s on til Saturday, and there’s even a matinee performance, so there’s really no excuse!)

I have a friend who’s never been to the opera. Never been to a musical. Actually, possibly never even been to a live theatre performance before.

How exciting for him, then, that his very first outing to all of the above will be to Sweeney Todd: the demon barber of Fleet Street.

He looked a little concerned when I told him where we were going (the oh-so-beautiful Isaac Theatre Royal), and for what purpose.

Things got worse when I tried to give a brief plot outline. Perhaps I shouldn’t have started with a line about hairdressers.

How though, does one cover all the important bits, without spoiling the plot twists? Do I talk about wives and daughters, justice and revenge, haircuts and close shaves, meat pies and unrequited love? 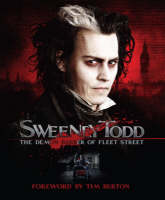 Do I mention that Mr Todd first made his appearance over 150 years ago, in the pages of a “penny-dreadful” publication? That there have been more than a dozen different stage and screen adaptations, including the most well-known current movie version starring the now infamous Johnny? Or that Christchurch is the third of the major centres to have the privilege of showing us what a close shave really means?

Perhaps I should just send him to the library to read/watch/discover all our Mr Todd-related resources?

Or perhaps I should tell him nothing. Let him enter the theatre unsuspecting and unprepared in any way for the delicious horrors that are to come …

Perhaps that last one, yes.