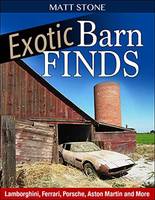 It seems everywhere you turn, on TV, at your library or favorite bookstore, Internet forums, and even social media, people are discovering and documenting the resurrection of old cars stored in barns, garages, and forgotten resting places.

We don’t always equate being a scientist with being a great writer, however Hope Jahren manages to combine both skills to produce a book that has become a surprise bestseller. Lab Girl is a book about work and about love.

In Lab Girl, we see anew the complicated power of the natural world, and the power that can come from facing with bravery and conviction the challenge of discovering who you are.

Life Without a Recipe

I remember reading The Language of Baklava and feeling it was a nonfiction book written like a novel, and not being a big nonfiction reader this was perfect for me, and a few added recipes made it even better.  I am hoping for big things from Diana Abu-Jaber’s new book which promises:

struggles with cross-cultural values and how they shaped her coming of age and her culinary life, tracing her three marriages, her literary ambitions, and her midlife decision to become a parent.

Over the years I’ve had ambivalent feelings toward feminism.

However, this has changed markedly as I’ve encountered the work of people like Egyptian-American journalist and feminist commentator Mona Eltahawy, whose book Headscarves and Hymens states the case for “why the Middle East needs a sexual revolution”…and arguably a reformation.

This book came up on my radar because some argue it’s a key feminist work! And such works are important because they bring feminist issues to the forefront of the simple male mind, making me much more sympathetic toward the feminist movement and forgiving feminism’s sins against me…

After all, as a child, I blamed feminism for mother forbidding me to play with the muscular toy figurine G.I Joe, the plastic embodiment of the American military industrial complex.

Mother didn’t want me corrupted by a perverted depiction of masculinity, which promoted jingoistic American nationalism and war.

However, as I’ve grown older, and gotten (somewhat) educated, I came to realize that feminism is critical to the evolution of civilisation…

For most of history, the “fairer sex” has been subjugated by wicked men like G.I Joe, who deprive women of their civil liberties and sit on the couch in their horrible underwear, with their feet on the Ikea coffee table.

Which bring’s my trivial childhood recollections to an end, because sadly, the political, economic and social circumstances many women endure the world over are harsh and lamentable… such as those depicted in this read… 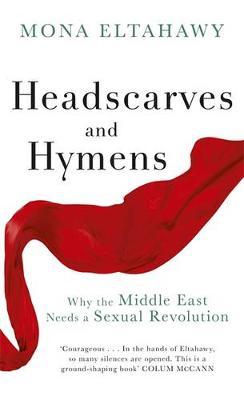 In this book, Eltahawy argues that throughout most of the Middle East, women experience on-going political, economic and social subjugation. She claims this is a region which doesn’t uphold plurality, individuality, autonomy and tolerance: the principles which underpin Women’s Rights in various countries.

There is a catalogue of personal experiences and statistics which Eltahawy refers to in order to buttress her impassioned claims.

Her travels into Egypt’s social and political cocktail of unrest gave her a multitude of insights into what many female citizens face there: simply walking through public spaces and riding trains means enduring a gauntlet of ungoverned, regular and almost casual sexual harassment. Women have no recourse against this because the Egyptian state doesn’t seem to care about this sexually violent culture.

Further to this, Eltahawy was arbitrarily imprisoned, sexually assaulted and beaten by Egyptian police after she partook in protests there.

Eltahawy argues thousands of women share these kinds of experiences throughout the entire Middle East every day.

She details how women have little economic and legal mobility in the region. Custody disputes over children, domestic violence, divorce and succession etc are regulated and determined by laws derived from archaic religious statutes, which favour men and almost completely deprive women of any control over family or assets.

Even basic privileges are denied, such as driving, participation in sports, wearing make up (because it “prompts sexual harassment’), and travelling alone without a male family member. Much of which is overseen by religious police throughout the region.

Elathawy argues this totalitarianism is the result of ultra-conservative Wahhabist and Sunni Islamic doctrines which are espoused throughout much of the Middle East and North Africa.

Critics have argued that her views are analytically shallow – that the Middle East is not culturally and theologically homogeneous, and that she posits mono-causal explanations that are borne out of her own Western-centricity which is covered by a misguided feminist veil.

However, that being said, a fact check on Pew, Human Rights Watch and Amnesty International websites seem to support her claims.

In any case, this book has shone a light on my own white, male privilege, reminding me that feminism is a critical movement for humankind, and not just a force which wants to send young boys to school in Roman sandals.

Have a read and see what you think – of course your amazing Christchurch City Libraries network has copies you can borrow.

Our blog is a forum for public debate and as such we welcome your comments and feedback on our posts. Opinions expressed in posts and in the comments are not necessarily those of the organisation.

You can’t mention thought provoking and Middle East without also mentioning Bernard Lewis, Robert Fisk and Noam Chomsky, three of the most prominent Western commentators on the region. As with anything to do with the Middle East, their books raise strong feelings and plenty of controversy.

Lewis has been quoted as saying “Mr. Chomsky’s views on Middle Eastern history are about as reliable as my views on linguistics” (Chomsky is a professor at the Department of Linguistics and Philosophy at MIT). I’m not sure what Robert Fisk says about the other two.

Lewis is a leading scholar of Middle Eastern history and an expert on the Ottoman Empire. His book What went wrong is widely regarded as a key read if you are trying to understand what is going on there. He was summoned to the Pentagon after 9/11 on the strength of it. He is the most establishment figure of the three, but has his own unique views on subjects such as Western style elections in the Mid East.

Fisk is an award-winning journalist who has spent 30 years in the Middle East reporting for the British newspaper The Independent. He is the only Western journalist to interview Bin Laden, was opposed to the Iraq invasion, is sceptical of authority and if would be fair to say that the establishment is not terribly fond of him. He has an on-the-ground understanding.

Chomsky is one of the world’s most controversial authors. A brilliant linguist, he is also a long time political campaigner. Acerbic and with anarchistic leanings, he calls himself the conscience of America. The Americans politely call him a political dissident. His views on politics encompass some controversial views on the situation in the  Middle East.