Dr Michelle Dickinson wants everyone, everywhere to enjoy a meaningful relationship with STEAM (Science, Technology, Engineering, the Arts and Mathematics).

She introduced her book and her mission to a sold-out crowd of kids and whānau. If you missed her on Sunday, get ready for Nanogirl Live! “Out of this World!” – a Live Science Spectacular on at the Isaac Theatre Royal on Saturday 17 November 2018. Her bus is Paul McCartney’s old tour bus rigged out in a science-focused fashion, and it will be coming to Christchurch in a Hercules plane. There’s also a TV show Nanogirl and the Imaginauts coming soon to the TVNZ app HeiHei.

Michelle explained her mission  – “teaching kids to have fun experiences with different technology”. Her nanotechnology career has involved cool jobs such as designing concept cars that will tap you on the shoulder if there is a cyclist behind you, and know if you are feeling a bit bleak and make your commute home go past the beach. She also helped devise a 6 nanometre wide coating for iPhones to protect the screen.

Then she talked about her new book The Kitchen Science Cookbook. It came from the idea that you can sneak science into a recipe book:

Home is where the learning is probably more powerful.

The book took three years of experimenting, and a determination that the recipes be achievable for all families, using what is in the kitchen.  After shopping it to publishers who wanted to skimp on production values (she wanted the ribbon/bookmark in her book), she made the decision to self publish. Michelle used Facebook to solicit recipe testers. People were keen as.  A Kickstarter campaign raised the necessary money ($85,462). Her father in law took the photos.

10,000 books have been sold already, and for each one sold, one goes to a needy family or school and there is a connection to organisations like Big Brothers, Big Sisters, and Pillars (for families with parents in prison).

Next up, it was kitchen science ahoy – and kids got to head up on stage to be part of the experiments. Can crushers, unicorn noodles, edible earthworms, chicken in a cup, centrifugal force – it was brilliant to watch, and kids had their hands in the air, desperate to get up on stage and do some kitchen science.

Photos from Nanogirl! Cooking with science 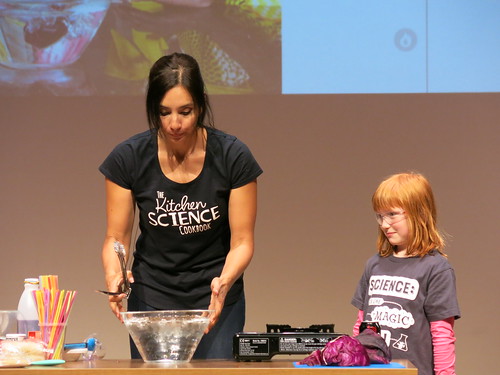 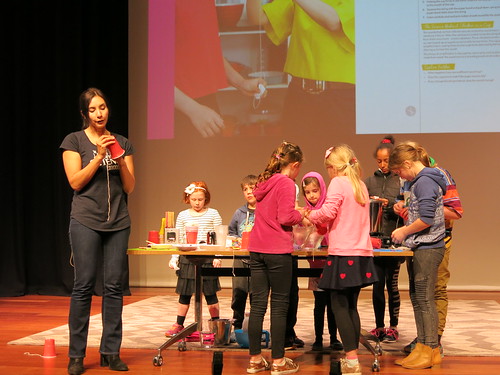 The question from the audience were the tops:

What is your absolute fave experiment?
Ones where I blow things up, like the 66 gallon drum crush.

And my personal fave:

Can you please come to my birthday?

Yup, Nanogirl is a rock star.

Postscript:
My scientist made marbled milk this afternoon. 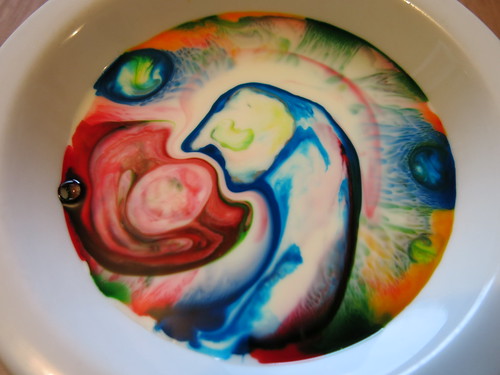 Nanogirl is coming to Christchurch with a bang! She is putting on two shows on 5th December at the Isaac Theatre Royal. Expect explosions and excitement at Little Bang, Big Bang – the Live Science Show. One hour of science where Nanogirl blows things up, blows things over and blows your mind!

Covering Bernoulli’s principle, firing a massive air vortex cannon, holding fire in her hands and exploding thousands of ping pong balls, this show has science like you’ve never seen it before!  Safe for all ages, this family friendly show shows you simple experiments you can do at  home. 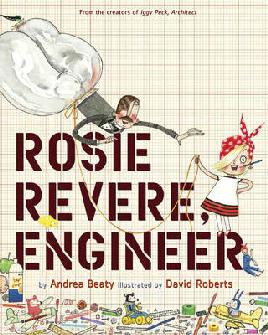 What resources would you recommend for kids interested in science?

Actually my favourite place to go is online to places like the Science Learning Hub as they have great New Zealand content for all ages and for teachers that includes local content.

I also love Rosie Revere, engineer as an engineer myself, it’s so great to read a book with such a strong female engineer lead character to get girls and boys interested in and familiar with the word ‘engineering’.

What did you read as a child that you enjoyed? What books inspired you?

I read a lot of science fiction books which I loved as they helped me to think about what a future world could look like which helped me to think big about working on solutions that could help our future by helping to create technologies and materials that don’t exist yet.

What do you enjoy reading these days?

Now I’m a total non-fiction biography addict as I follow influential leaders that I admire as I try to piece together how others have overcome challenges in their lives to create the successes they were aiming for.

What role do libraries play in your life?

Libraries used to be the place that I went to borrow books when I was younger but now they are spaces of technology for me as I help libraries who have 3D printers and robotics centres in them and instead of the hardback books I used to borrow, I’m now an avid audiobook borrower from my local library.

What advice can you give young people wanting to pursue a career in science?

The best scientists and engineers are always asking questions and always testing their theories through creating experiments and researching their ideas, so my advice is to never stop being curious. 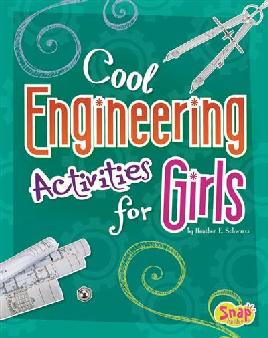 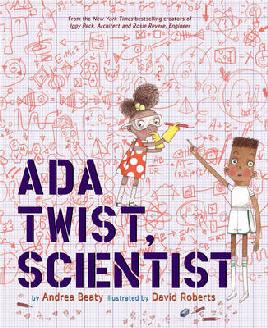 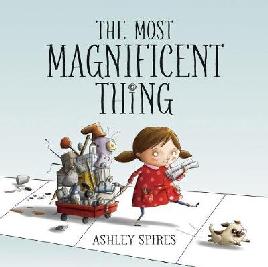 Science and technology at the library