The Majestic Theatre in Christchurch was designed by the firm S. and A. Luttrell for John Fuller & Sons Ltd.

Early reportage (from Papers Past) shows that the new theatre was a big project:

The Majestic opened 1 March 1930. The movie theatre was a venue for “talkies” as sound became a part of cinema. Majestic House also had office space and housed the Department of Labour.

The Beatles played at the Majestic in 1964. After 1970, the theatre became a night club. In more recent times, it was home to a church. 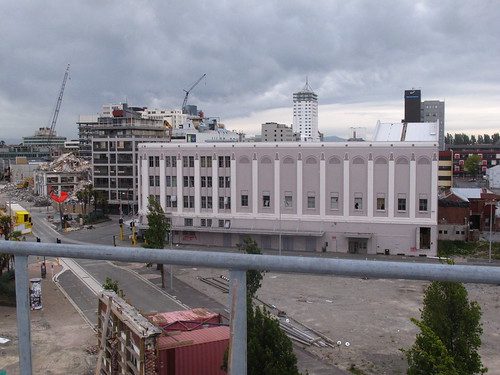 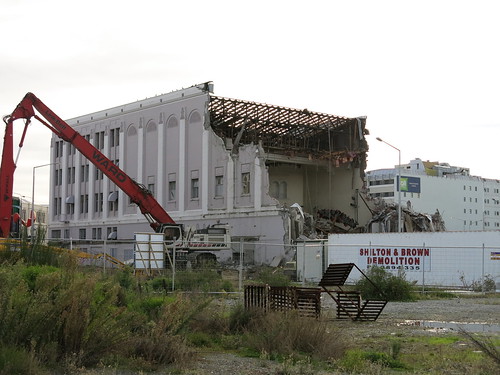 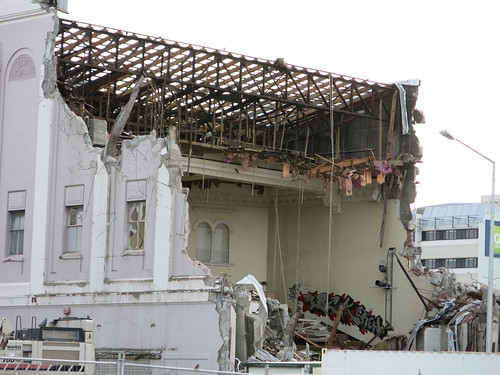 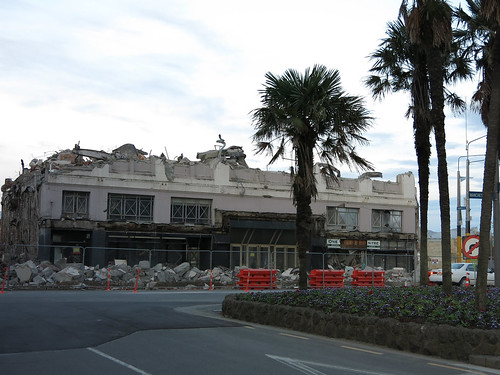 Sidney and Alfred Luttrell, architects, were known for work like this:

This photograph shows the King Edward army barracks under construction in 1905. Sidney Luttrell (1872-1932), who is pictured in the right foreground with his brother Alfred on the left, designed 21 latticed, curved steel girders to span the 36.5m width as economically as possible and to support the curved, corrugated iron roof.

The Roman Catholic church at Mount Magdala, near Halswell

We have digitised a rather splendid 1902 publication Tourists’ guide to Canterbury.

Traffic at the intersection of High, Lichfield and Manchester Streets. 1962.

The Majestic Theatre is on the right and the Canterbury Building Society building in the centre, on the corner of High and Manchester Streets.

Do you miss the way things used to be? Share your photos with us! We love donations, contact us.