But I’m reading Fantasy novels and worse (despite my carefully nurtured prejudiced convictions) I’m really getting into some of it. How the heck did that happen? I mean, Lord of the Rings was a once read and never watched. I gave it a go though and never got round to reading Harry Potter and don’t feel the need.

Enough! You get the drift I am not a fan, so how is it that the cover of Ben Aaronovitch‘s fantasy novel Rivers of London was constantly appearing either at the returns desk or on the shelves at different libraries and became a siren call? Great cover obviously, and the blurb on the back suggested humour and magic, contemporary and a mystery. So I gave in, read it and loved it.

Here’s a taster of the start. PC Peter Grant a probationary constable, looking likely for a placement in the Case Progression Unit (shuffling paper, not real copper work) is guarding a murder scene on a cold London night. His fellow PC Lesley – supposedly guarding the other side of the square – has gone for coffees when a strange looking geezer sidles up to Peter whispering that he knows whodunnit. Something about him makes Peter pretty sure he’s a ghost and when he vanishes at the sight of Lesley with the coffees he knows he’s onto it.

The next night he’s back in his own time, to see if there’s any further signs of spooks. No ghost but he does meet his future boss, Inspector Nightingale the last Wizard in England. Don’t be put off by the wizard bit, Aaronovitch makes the magic stuff seem perfectly normal and the upper Echelons of the Force use Nightingale and Peter when necessary but no-one’s allowed to use the M…. word. Rivers is written with lovely satirical wit and great imagination. Highly recommended.

Again with humour, and a suitably bizarre idea of a future, post apocalyptic world is Jasper Fforde‘s Shades of Grey. We of the here and now are “those who went before” and the leadership’s cunning plans including “great leaps backward” leaves this colourtocracy carless except for a Model A, severely short of spoons and with acronyms forbidden.

But there’s more rules of course and your status is defined by being able to see the higher end of a particular colour spectrum, purple denotes a higher social standing. Our hero Eddie Russett (sees red) has been banished to High Saffron due to a variety of misdemeanours. Depending on the results of his upcoming colour test though, he is destined to marry Violet.

But then he meets Jane, a Grey and with her smarts and attitude. It dawns on him that all is not as well as he thinks in a world he considers just and fair and has never questioned. A highly entertaining read. Ever since I read this I’ve been checking to see where the very slow to follow up Mr Fforde is with the sequel. He’s left a whole lot of us waiting impatiently for a good follow up to an original that’s got a nice tight plot, is cleverly satirical and laugh out loud. I may even read it again. In fact I know I will.

Weeks after NaNoWriMo ended, and still no blog post! Alas, I didn’t reach 50,000 words — finished up around 35k — but I achieved my main goal, which was to write every day. I’ve continued to write on and off since the 30th, but Christmas panic is definitely descending so who knows how long that will last.

My current distraction has been flicking through the New Zealand Festival lineup, which will be held in Wellington next year. All of the events look great, but I’m especially excited about the Writers Week. I want to see almost all of them! I’ve narrowed it down to some favourites:

Needless to say there are loads of other authors I’d like to see, including Anis Mojgani (spoken word poet) who Alireads blogged about last year, but those are my top five.

Is anyone else planning on going to the New Zealand Festival? What events are on your must-see list? 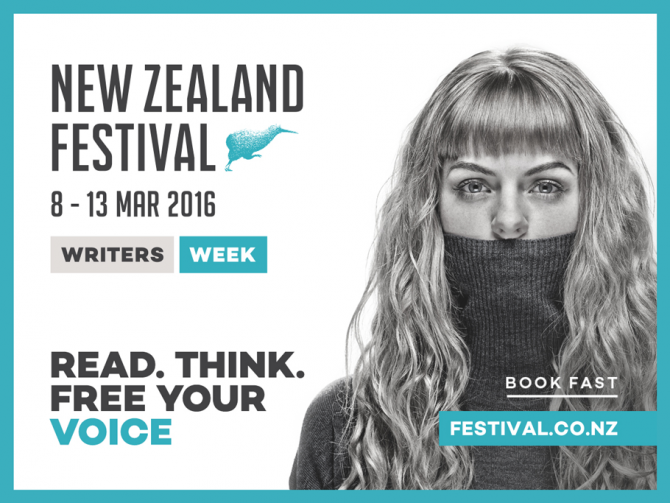 I’ve just read a delicious review in The Observer called The Romantic Librarian. It looks at Alberto Manguel’s new book The Library at night. There is a nice comment on librarians:

Alphabetising their stock or relying on fractionalised decimals like Dewey, librarians are obsessive classifiers who impose on chaos an order they know to be fictional and false. Their crazed logic makes libraries, as Manguel says, ‘pleasantly mad places’.

The Library at night reminded me of Ex Libris: Confessions of a common reader by Anne Fadiman. A Salon review sums up its appeal:

an unapologetic confession of raging bibliophilia … a modest, charming, lighthearted gambol among the stacks. It serves up neither ideas nor theories but anecdotes about the joys of collecting and reading books.

It seems to me that the natural outlet for a bibliophile author is to play with books and authors and even literary characters in your writing. Jasper Fforde’s exuberant books do well in this arena – fiction, fun and favourite literary figures getting to cut loose from the page and take on new roles. Where else could you get to see an army of thousands of Mrs Danvers clones (Mrs Danvers is that grim housekeeper in Rebecca) wreaking havoc?

Funnily enough I saw this tshirt called Attack of Literacy yesterday. It looks a zombie Edgar Allan Poe, Shakespeare and Jane Austen etc look ready to lay the smack down (by the way, Peter Ackroyd, one of the world’s best biographers had just published Poe: a life cut short).

Authors are easily commandeered into literary characters. I’m not sure about the trend for making them into detectives … there’s a fictional Jane Austen, Beatrix Potter and even a Dante out there solving mysteries. And the industry of making sequels, prequels and other additions to famous books continues on apace (but never say never because I do enjoy Emma Tennant playing with fiction classics). It makes sense in our mashup culture to play around with what’s gone before and make it new.

Whoopee! A new Jasper Fforde novel is winging its way to our library. It is the next installment in the adventures of literary detective Thursday Next – with the fabulous title of First among sequels. Read all about it.

The Thursday Next series is funny, ingenious, idiosyncratic and impossible to put down. Our heroine Thursday works for Jurisfiction, a policing agency that works within fiction itself to maintain narrative stability. Book one The Eyre Affair sets the scene:

There is another 1985, somewhere in the could-have-been, where dodos are regenerated in home-cloning kits and everyone is disappointed by the ending of Jane Eyre. But in this world there are policemen who can travel across time, a Welsh republic – and a woman called Thursday Next.

alt=””alt=”Cover of Lost in a good book”

It was followed by Lost in a Good Book, The Well of Lost Plots, and Thursday Next in Something Rotten. The last came out in 2004, and since then Fforde has been concentrating on another series about the Nursery Crimes Division.

It is not only his books that are well worth a visit. He has one of the niftiest author web sites around – Fforde Grand Central.

Jasper himself visited Christchurch a couple of years ago. He spoke at Easts Bookshop and was as smart and funny as you could hope. He gave me a postcard of the Seven Wonders of Swindon.

I can’t imagine many things better than cosying up with a hot drink and a Jasper Fforde.