Fancy a trip to Italy but the budget won’t stretch quite that far? Well, here’s your opportunity to experience the next best thing without having to get on a plane! Throughout June, Italy will in fact be coming to The Colombo. This will culminate in Christchurch’s first ever Ciao Italia festival on Wednesday 14 June.

As we all know, Christchurch has seen an influx of new residents in the last few years. Italians have been among the many attracted to our shores and have brought with them their inimitable flair. Ciao Italia will showcase some of this flair in the form of fashion, home and art design, and beautiful cars.

And of course, as befits any self-respecting Italian festival, there will be food and wine! You will be able to feast your palate on both imported and locally-made delicacies such as wild-pig prosciutto, cold meats, all kinds of delicious cheeses, gnocchi, pasta, espresso coffee, and even edible gold leaf.

You will be able to chat with representatives of the Italian Programme of Research in Antarctica and of the Italian Chamber of Commerce in New Zealand, which is organising the event.

Make sure to also say Ciao to the students and members of the Dante Alighieri Society. This cultural society for lovers of all things Italian hosts monthly talks, film screenings, the Cartolina radio programme on Plains FM, and book clubs (one in English and one in Italian), as well as managing a very successful Italian language school.

Ciao Italia runs from 6pm to 9.30pm and coincides with the opening night of the Cinema Italiano NZ Festival.

Fear not, though, because you won’t have to choose one over the other: very conveniently the Cinema Italiano Festival is also being held at The Colombo, in the Academy Gold Cinema.

The Festival opens at 7.30pm with complimentary aperitifs and appetisers before screening Roman Holiday, the 1953 classic romantic comedy which made Audrey Hepburn a star. Plenty of time therefore to visit Ciao Italia before the film begins.

So circle Wednesday 14 June in your diary and spread the word. Let’s make this first Ciao Italia festival a great success so that it may become a regular occurrence in the events calendar of our ever more cosmopolitan city. And, why not, let’s show Wellington and Auckland that Mainlanders do it better!

P. S. For more information visit www.ciaoitalianz.com
Keen to be an exhibitor? Fill in the registration form on the Ciao Italia NZ website ASAP! 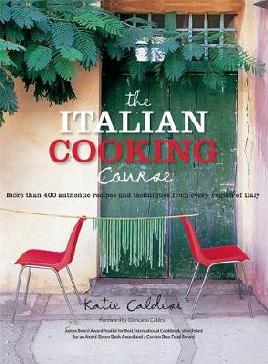 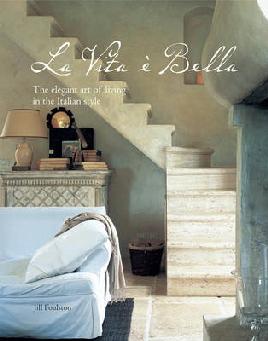 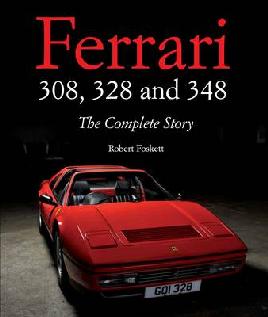 Our library catalogue has lots of resources for Italophiles:

Many dread winter — the cold, the wet, the short days. Me, I love it! To bandy around the latest fashionable word, winter brings us the opportunity for hygge writ large: cosying up indoors enjoying the simple pleasures of a hot drink and a good book or film.

And this year there is an additional reason to welcome June because, together with the icy tendrils of winter, it brings us the warmth and conviviality of the second edition of the Cinema Italiano Festival NZ.

The brainchild of Kiwi-Italian actor, director and playwright Paolo Rotondo, the Festival redoubles the successes of its inaugural year with a fantastic selection of 20 features, ranging from traditional to comtemporary masterpieces.

So much so that, when I started selecting my top 3 picks, they somehow multiplied on me. I present you then (in random order because ranking them further is just too hard!) my top 9 suggestions.

Roman Holiday
The Spanish Steps, the Colosseum, the Trevi Fountain! Breathtaking, stunning Rome is as much a star of this classic 1953 romantic comedy as Audrey Hepburn and the iconic Vespa scooter. Not coincidentally, Roman Holiday has been selected as the Opening Night film for the Festival.

Rocco e i Suoi Fratelli / Rocco and His Brothers
The epic tale of five brothers who migrate from the poverty of post-war Southern Italy to the wealthier industrial North, this is the other classic masterpiece of the Festival. Directed by Luchino Visconti and featuring Alain Delon and Claudia Cardinale, Rocco and His Brothers promises to be a glorious experience in the new digital restoration by Martin Scorsese.

Non Essere Cattivo / Don’t Be Bad
Italy’s entry in the Foreign Language Oscars for 2015 is the perfect flip-side to Roman Holiday: an R-18 drama featuring two twenty-something “losers” living on the outskirts of Rome in the late 1980s. As the Festival booklet describes it, Don’t Be Bad is a “gritty, visceral, rollercoaster ride, but at its core […] a clever and deep exploration of friendship, hope and life”.

Quo Vado? / Where Am I Going?
Quo Vado? delivers 90 minutes of laughs while skewering the Italian obsession of pursuing a cushy public service job-for-life. As the highest-grossing film in Italian cinema history, it’s a cultural phenomenon not to be missed.

Perfetti Sconosciuti / Perfect Strangers
Another huge hit in Italy. A group of friends get together one evening and agree for fun to let the others read and hear all the messages and phone calls they receive on their smartphones. What could possibly go wrong?

Belli di Papà / Daddy’s Girl
As an Italian, I have to admit that there is some truth to the stereotype that many Italians are rather spoiled by their parents, at least by NZ standards. In fact I have known a fair few molly-coddled Italian men (I may even have one or two in my extended family, who I trust won’t be reading this…). So how could I resist watching “three ‘bamboccioni’ (big babies) […having…] to experience something they have never done before, work”?

Veloce come il Vento / Italian Race
This comedy drama won a swag of David di Donatello, the Italian Oscars. It tells the story of 17-year-old Giulia, who is trying to win the GT Championship, while dealing with the death of her father and the reappearance in her life of her drug addict brother Loris.

La Stoffa dei Sogni / The Stuff of Dreams
A tale loosely based on Shakespeare’s The Tempest which sees Camorra criminals and a theatrical company end up shipwrecked on a Mediterranean prison island. I was sold as soon as I spotted the setting: Asinara, an island off the north-western tip of Sardinia, which is now a nature reserve and home to albino donkeys.

Fuocoammare / Fire at Sea
The setting is another starkly beautiful Mediterranean island, but the tale this time is true and much grimmer. Fire at Sea documents the tragedies which take place day in and day out in Lampedusa, the southermost Italian island and the first port of arrival for thousands of refugees escaping conflict in North Africa and the Middle East. If that is not enough to convince you that you should watch Fire at Sea, it won Best Film at the 2016 Berlin International Film Festival and Best Documentary at the 2017 Academy Awards.

The Christchurch leg of the Festival runs from 14 to 25 June at the Academy Gold Cinema at The Colombo. We are very lucky to have a double pass to the opening night of the Festival to give away to our readers. This not only includes the screening of Roman Holiday but also a complimentary aperitif and appetizers.

Love Italy? The scenery, the language, the culture? If so, rejoice, for the first ever Cinema Italiano Festival NZ is coming our way, bearing an exciting selection of almost 20 Italian features, as well as 2 New Zealand films with an Italian connection.

It’s a heartwarming turnaround for Kiwi Italophiles, who just last year were mourning the demise of the Italian Film Festival, after a 19-year-run.

Enter Paolo Rotondo to the rescue. It is in fact thanks to the considerable efforts of the Kiwi-Italian actor, director and playwright that this new celebration of Italian cinema is gracing silver screens throughout the country.

Christchurch will host the Cinema Italiano Festival from 15 to 25 June and we are very lucky to have two double passes to give away to our readers for any screening following the opening night. There is something guaranteed to please all tastes, with features spanning from drama to rom-com to documentary.

My personal, rather uninformed, picks?