I never wanted to read  The Guernsey Literary and Potato Peel Pie Society, I’m not a fan of books based on letters – I find it hard to gain an interest in the characters.  I did however see the movie. I quite liked it, (especially the clothes, but that probably isn’t really the basis for a good movie)  However, what it did do was pique my interest in a part of World War II that I knew nothing about. 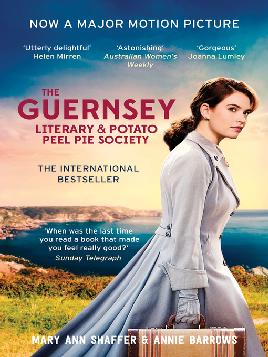 The library has recently purchased a title that was originally published in 1995,  The Model Occupation: The Channel Islands under German rule 1940-1945 by Madeleine Bunting. This is a fascinating story of what actually happened and the author looks at a variety of previously unanswered questions. Why wasn’t there a resistance movement against the German occupation, how did Britain manage and cope with the occupation, and what of the Islanders themselves – were the stories true of collaboration, or was it just a means of survival. Was this all a dirty secret that Britain didn’t want the rest of the world to know about, and what has been the impact on these Islands and their inhabitants?

Although I wasn’t a fan of either the book or the movie, they did create a curiosity and interest in the occupation and the toll it took on the Islands’ inhabitants.  I recommend this book if, like me you knew nothing about this time in history.