In conjunction with UC Arts, Empress Theatre Collective presents Free Radicals – an evolving song cycle that celebrates the achievements of women in science and technology. This sold out show on Wednesday night was beautifully presented – a one hour long series of various musical compositions featuring female scientists combined by narration. Great care was taken in the creating the setting with tasteful lighting and imagery to welcome you into the small, intimate space. The atmosphere in the full house was expectant. 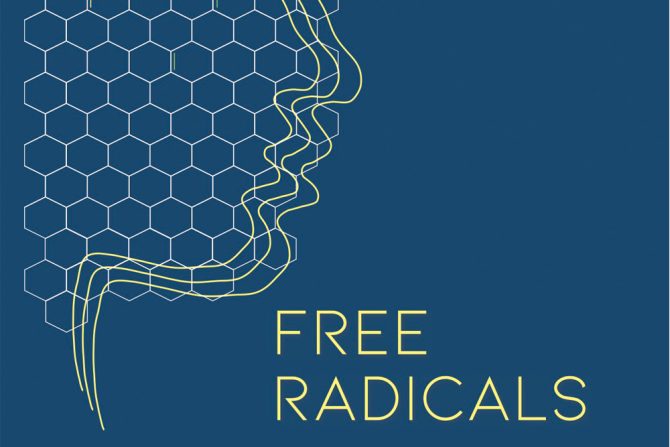 Erin Harrington entered to a beautifully lit room and began with a moving and succinct original poem. Her narrative thread drew all of the disparate pieces together in a great and flowing way. The show began with Ariana Tikao singing a song called ‘Bind the Black’ featuring taonga pūoro: pūrerehua, kōauau and pūtōrino. It made for a wonderful opening that felt very welcoming and warm. After some narration by Erin, The Swan Sisters’ voices combined beautifullly in their tribute to Maria Sybilla Merian, The Great Outdoors.

They were followed by Sheree Waitoa on vocal and guitar performing her song Connections, a great song that included te reo Māori and English lyrics  and honoured the famous actor and scientist, Hedy Lamarr.

The next work by Glenda Keam was a tribute to the female NASA scientists that were portrayed in the Hollywood movie Hidden Figures. A stark and interesting work featured four solos, and a trio for three vocalists and prepared piano.

Technology was featured in the next piece by Misfit Mod with a flowing and wonderful visual element that help to bind the atmospheric work with the audience.

Beatrice Tinsley, the astronomer who originally studied at Canterbury University, was the subject of the next song by Naomi Ferguson. The electronic soundscape was enhanced by Ferguson’s flowing and powerful melodies.

To end the show the narrator joined with a small choir to sing In Feminea Forma, a piece for voices and electronics by Rosa Elliott. The electronics in this piece and throughout were seamless and added to the well-curated atmosphere.

This show was excellent. I loved every piece, the variety, the atmosphere, and most of all the illuminating subject matter. Hopefully the show will have a life beyond the WORD Christchurch Festival.

This show is also on tonight and there are some tickets still available. Don’t miss out.