With the election looming, now would be a good time to find out what the issues are facing New Zealand. A good place to start would be our Critical Issues Collection from Bridget Williams Books. 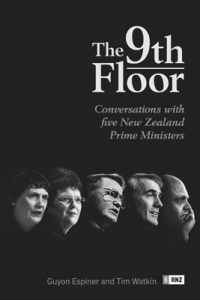 First off before you vote for a new Prime Minister (technically we didn’t vote for Bill at the last election) you may want to read The 9th Floor: Conversations with Five New Zealand Prime Ministers. Based on the acclaimed RNZ podcast series, and including new material, The 9th Floor by journalists Guyon Espiner and Tim Watkin presents in-depth interviews with five former Prime Ministers of New Zealand. Geoffrey Palmer, Mike Moore, Jim Bolger, Jenny Shipley, and Helen Clark reflect on their time occupying the prime ministerial offices on the 9th floor of the Beehive. Their recollections are a fascinating record of the decisions that shaped modern New Zealand.

After reading this about some of New Zealand’s Prime Ministers, you then have the option of reading about some of the other top issues in the upcoming election. The Critical Issues Collection has tackled all the major topics including the environment, child poverty, housing, immigration, health and the economy.

The Critical Issues Collection is available in your library or by using your library card and pin. Find out more about this collection. 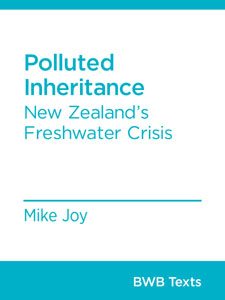 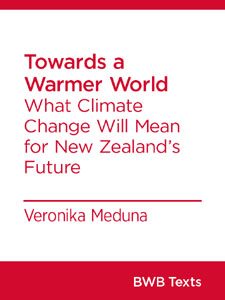 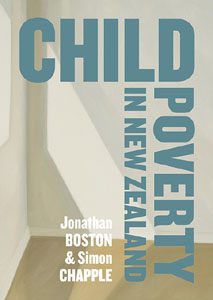 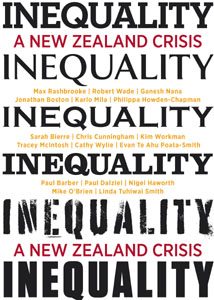 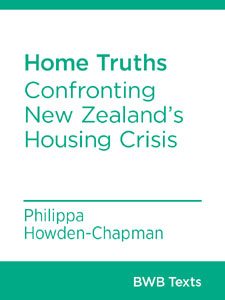 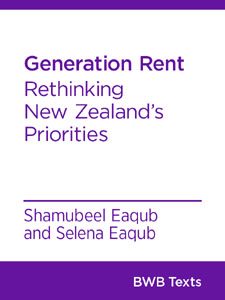 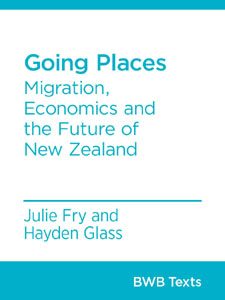 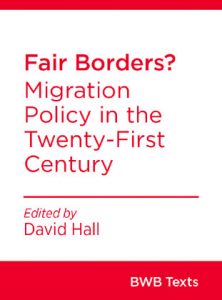 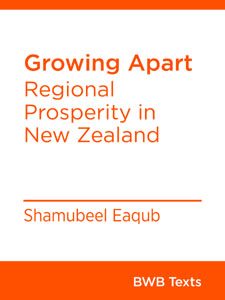 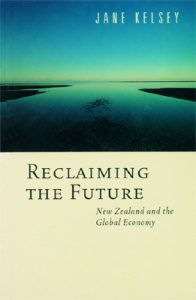 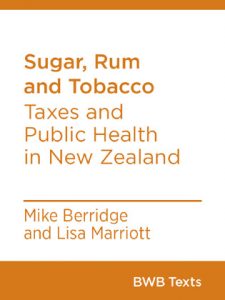 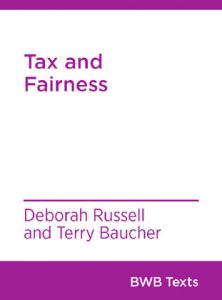 This episode discusses issues around youth engagement with elections such as –

Organisations mentioned in the show

Today is Suffrage Day. It’s the day we set aside to commemorate and celebrate the efforts of women (and men) who, 122 years ago campaigned long and hard so that women could have the right to have a say in how New Zealand is governed.

You could argue that the suffrage movement was just part of the broader role that feminism, and the fight for female emancipation, has played in securing modern Kiwi women the rights they enjoy like –

Things have changed a lot since 1893, or even since 1902 when this infamous poster was created by a not very forward-thinking Mr Henry Wright.

“Epicene” is not a word that gets used a lot in everyday conversation, but it means “of indeterminate sex”. The implication being that women who showed an active interest in politics were not really women at all. Lovely.

Posters like the above help to illustrate how very committed and brave those suffragette campaigners were. To keep on fighting for what they knew was right when many in the community considered them offensive or even freakish shows great fortitude and strength of character.

I’m personally incredibly grateful. We honour them by remembering their struggle not just for themselves but for all women.

Learn more about the suffragettes and votes for women –

This weekend New Zealanders cast their votes in the country’s 51st General Election. The media and the internet are chocka with the personalities, policies, plots, subplots, secrets, lies, dirty laundry and general haranguing that will influence us one way or another on Saturday 20 September. How is it possible make a decision amidst all this fracas?

Well, like everything else these days, there is an online tool designed to help you out. Vote Compass asks your opinion of various issues, gets you to rate politicians and then compiles your answers in a nice, colourful chart. Although this is a poll, it’s still an interesting way to find out what you’re thinking. The only problem for me is that the survey shows I am 65% compatible with one party and 64% compatible with another and, as these were the parties I was thinking of voting for anyway, it hasn’t helped me one iota.

Alternatively, libraries are a politically neutral place to search for accurate information. Online or in the library, you’ll find everything you need to know about the political scene in New Zealand. There is a full set of electoral rolls available to view and you can do advanced voting at nine branches of Christchurch City Libraries.

I am currently reading Philippa Gregory‘s excellent Cousin’s War series and, as I plunge nightly into the terrifying quagmire that was life under the reign one history’s most tyrannical despots, I’m reminded how hard won the right to vote is and what a privilege it is to live in a stable democracy in 2014. It’s totally worth doing some homework and making a sound decision.

New Zealand suffrage campaigners led by Kate Sheppard have been described as “Trailblazers”  in their fight for New Zealand women to achieve the right to vote.

After a 7-year-long campaign this right was finally achieved when, on the 19th September 1893, a new Electoral Act was enacted allowing New Zealand women the right to vote in parliamentary elections. This was no mean feat as in most other democratic countries women did not gain this right until after the end of the First World War.

Let us celebrate this extraordinary achievement by exercising our right to vote in the forthcoming election. There is no better way of honouring the sacrifices and struggles of our sisters all those years ago than by ensuring that we are all enrolled to vote and exercise that right in this year’s election This, my sisters, is my challenge to you.

Check out the display at Shirley Library which celebrates the way in which women’s suffrage was achieved, as well as capturing some of the hostility and opposition that the movement encountered.

A Sunday sampler of political photos in our collection:

Postal voting doesn’t close for the 2013 Christchurch local body elections until election day, but any votes posted from today (Thursday) are unlikely to reach the Electoral Officer in time to be counted by the noon Saturday deadline. If you haven’t posted your vote yet, don’t worry – Christchurch City Council service centres and libraries will accept voting documents until midday Saturday 12 October.

Special voting facilities are available at the following places:

Have you ever had a yen for the old days? Well, I’m having one now.

With the elections coming up, I thought I might find out a bit more about the history of elections in New Zealand and it proved an interesting project. It turns out our early elections were not the staid affairs one would expect of Victorian New Zealand. In fact they were:

often colourful, noisy and drunken affairs. Candidates and their committees hired musicians, flew banners, and organised parades and banquets for their supporters.

Elections took several days, so it must have been quite a party.

Fun it may have been, but unfortunately it also went hand in hand with a bit of bribery and corruption, and in 1858 parliament set about sorting it out, implementing a series of laws to do so.

The party wasn’t over though, and election days continued to be an occasion for celebration. In 1879 in Christchurch things got right out of hand:

1500 drunken larrikins battled the city’s 33 policemen at the corner of High and Cashel streets hurling flour-bombs, firecrackers and stones.

The twentieth century is starting to sound downright sober and orderly in comparison.

Perhaps if we made it all fun again we could get the a higher turn out at our elections. A competition with booing crowds and arguing judges (political commentators) à la American Idol perhaps?

I quite like the idea of getting to boo my least favourite MP/political party/policy just like they do in parliament. Ooh and a big party in Hagley Park for the finale (election night). I can feel that election fever coming on already.

I come from a very political family. Election nights were huge, (almost as big as New Year’s – we were also Scottish!).  Out would come the sausage and asparagus rolls, the beer would flow freely and my father would spend most of the night cursing.   We would either finish the night in a haze of euphoria or would go to bed early, glumly predicting all types of dire consequences for the country.

Election nights have never been the same since, but there does seem to be a particular sense of apathy this year – perhaps it’s living in Christchurch, but I  suspect it is more likely to be nationwide.  This is a pity, given that we are also voting in a referendum on the electoral system where the choices are far and wide, and quite confusing.

Thankfully help is at hand  – our page on the Elections provides all sorts of interesting and important information to help you make your choices.

Perhaps you are already a bit of political animal so you might find Key to victory : the New Zealand general election of 2008  by Stephen Levine a good read. Including a DVD with “highlights” from the campaigns, leaders debates and TV ads, this could really get you focusing on the days ahead.  If you prefer something a bit lighter The Night book by Charlotte Grimshaw gives a rollicking good  fictionalised account of life of a new PM and his work and family intrigues.

Have you got your voting papers yet for the 2010 Local Body elections? The official government website www.elections.org.nz can answer all your questions but here are a couple of crucial points.

What do I do if I don’t receive a voting pack? You will need to enrol or update your enrolment details. Enrolment forms are available at PostShops, by calling 0800 ENROL NOW (0800 36 76 56), by freetexting your name and address to 3676 or from the elections website http://www.elections.org.nz.  You can also check your details and enrol online at the website. You will need to request a ‘special’ voting paper from the electoral officer at your local council.
Can I enrol after 20 August and still have a vote? Yes, but your enrolment form must be dropped off to a PostShop or be posted by or on Friday 8 October 2010. You will also need to request a ‘special’ voting paper from your local council electoral officer.
Take your opportunity to vote for the people who will guide our city through the difficult post quake years. Find out about many of the candidates on this website www.elections2010.co.nz. You can search by your street or by your region.
Our full election information page has lots more useful links.