Autumn is almost over – what better than a project to while away the cold days ahead and cast away the winter blues? 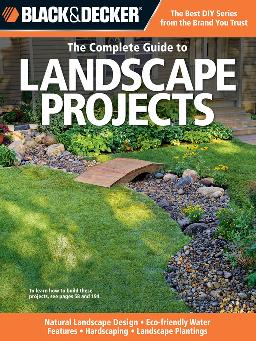 Winter is a good time to work out a plan for next summer’s landscaping.  Try drawing it on a large piece of sketch paper; it can be very helpful.

Have a chat to one of our many librarians and they will point you in the right direction. You will be all organised by spring and ready to enjoy the fruits of your labour by summer. It may just be good for your health too. 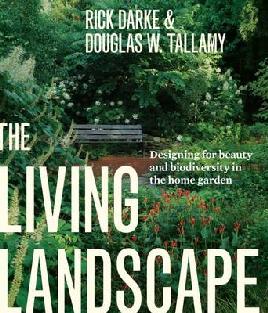 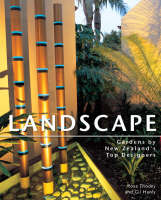 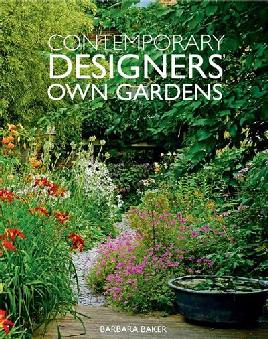 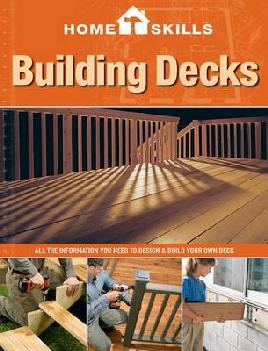 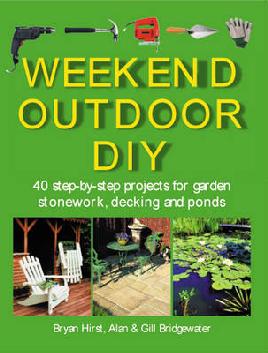 DIY is in our DNA, or so they say. There are more DIYers in Godzone than anywhere else in the world, according to Te Ara, and they should know, right? I’m not afraid of a bit of DIY myself. So when our tongs decided they’d turned their last sausage and my husband said we’d better buy a new pair, I said “What are you talking about? We can fix them. A bit of number 8 wire will do the trick.”

Now, by “we” I guess I really meant “you” and to be perfectly honest, I really haven’t got a clue what number 8 wire actually IS. But a couple of days later, when I saw that the tongs were still lying on the bench in their broken state, I decided I should give it a go myself.

This actually proved a lot more difficult than I had imagined!  Once I got the broken rivet out, all the bits just sprang apart, and would not go back together! The springy bit kept springing, the holes refused to line up, and when I thought I’d finally got it all straight, I realised I’d left off the loopy bit that keeps the tongs closed and had to start all over again. But I refused to let those tongs get the better of me! I braved the testosterone and took them out to the workshop, and then began a battle of hammer and tongs. Or, to be more precise, a battle of vice, spring, pliers, galvanised nail, and hammer and tongs.  And by golly, I fixed them! It may not be pretty — let’s face it, they’ve got a bent nail holding them together — but they work!  And Mr K. was quite impressed, I must say.  It wasn’t till I came back from The Shed that he told me that he’d taken them out there to work on them himself and given up in disgust. To which I think I can only say “I am the man!”

Are you a DIYer? What was your best project (or your worst)? If you’ve got a hankering for a spot of DIY yourself we’ve got plenty of books and magazines to offer. Whether you’re a dab hand or a newbie DIYer I’m sure you’ll find something useful on our shelves.

P.S.  Mr K. is pretty awesome at DIY.  In fact, he’s spent the last couple of months doing up our bathroom. He’s done everything himself from putting in a new floor, to plumbing in the new shower, and everything in between. And while the old shower was out of action, he built a temporary one in a little tent on the deck, which far surpassed my every expectation.

Names have always been DIY to a degree, but they used to come from a traditional pool of existing names. Now many parents choosing completely original names for their children, although it is still true that a library can never be to too thin, too rich, or have too many baby name books.

However there is another DIY name tradition in our family which originated with an Irish woman of our acquaintance who had her very own DIY approach to names. For example, she called Hydrangeas, Hygeraniums and Rhododendrons, Rosiedenderons.

This turned out to be an excellent game for cold winter afternoons – create you own plants and animals out of already existing ones. You can also start by drawing an animal, with a piece donated by each participant and then name it.

Choosing a name for a child is of course a solemn and important task, but pets give one a whole canvas for the creativity of DIY. There are books of pet names and websites with such things as literary cats to guide you, but the best fun is had from making up you own.

I like my cat names to reflect their nature. I had two cats called Mack and Mabel because one was had a white bib and always looked neat and demure and the other had a wild look in his eye that reminded me the mad Scotsman in Dad’s Army (Mack was short for MacTavish).

My current cat unfortunately bears a name designed only to expunge his original inappropriate name which, like Morse, he will never now divulge. It had to be close enough that he could still answer to it so it’s Jimmy, when it should be something closer to The Terminator. He’s a killing machine when it comes to birds and isn’t above taking on the odd human. We won’t mention what happened the arm of the man who rescued him from the roof on Feb 22nd. He recently upset one of my neighbours when she hissed at him to get rid of him and he turned around an hissed back. I’m pretty sure if he could talk he would have said “go on lady, make my day ” (wrong film I know, but you get my drift) The only thing that Arnie would not approve of is his tendency to flirt outrageously with men, which ruins the macho image just a bit.

What is your pet’s name and why did you choose it? Do you know any musicians with pets called Bach, Offenbach and Debussy? Or Sci Fi fans with cats called Schrodinger? Let me know your favourites.

So I have decided this summer since I am poor but still reasonably able-bodied to do the exterior painting on my wee house. Luckily for me most of the house is brick  but the eaves and the barge boards (new word for today) were looking grim.

The problem with this is that I only have a two step ladder and  ‘tuck shop lady arms’ which do nothing to help sustain the movements of a  paint brush above my head! After six odd hours of this I was losing the will to live.  Today I am at work – and I ache. Don’t ask me to wave at you – I can not.  A grimace is all you get.

If you like myself are undertaking projects in Christchurch this summer then the library does have resources to help. It does pay to do your homework as there is nothing worse than being stuck in Bunnings trying to describe that you need paint for  “those woodie bits that your gutter are stuck to” to a bemused tradie!

We have the Home Improvement Collection that you can access 24/7 and print resources all on DIY.  Also of use upon reflection are items on weight training to make us all stronger –  personally I think I have done enough for one weekend – or at least until the second coat! Sigh.

A couple of ladies from Wellington made the headlines last week, by offering a free workshop to help Christchurch folk turn their smashed and broken china into jewellery.  It looked lovely, and hundreds of people took advantage of the offer.

If you didn’t get to the workshop, or if you fancy yourself a bit of an arty-farty person, here’s some other suggestions of things you could do with your earthquake ‘debris’:

New Zealand has some of the coldest houses on the planet. My childhood memories are of cold bedrooms where you tried to dress under the covers before putting your tootsies onto the cold bare floorboards. EECA states that about two-thirds of all houses (around 900,000) houses  in New Zealand have insufficient or no insulation, and our indoor temperatures fall well below World Health Organisation recommended limits.

New building code requirements for thermal insulation in houses are helping to improve New Zealand homes. For older homes, owners are being encouraged to retrofit insulation. Government subsidies now make it easier to get funding for insulation through the Warm Up New Zealand: Heat Smart programme.

Our librarians have created a page of resources to help with insulation advice. Related to that we have a page of Power Saving Tips so you don’t have to skimp on your heating and our libraries have plenty of books and standards about insulation.

For Energy Awareness Week (3 – 8 May 2010),  Yvonne Gilmore, an energy analyst from the Christchurch City Council will be in the Central Library to present a series of sessions on insulating your home to best effect. See the new thermal image tool which will show your house on a night last winter and learn how to improve that snuggly feeling for less cost.

So let’s get warm and snuggly before winter. Do you have a warm home? What is your best tip for a warm home?