It has taken me a full seven days to sufficiently cogitate and ponder the wonders of this year’s WORD Christchurch Festival and come up with some definitive highlights. This glacially slow digestion is both testament to the breadth, depth and range of the festival content and the sluggishness of my overwhelmed brain. But isn’t it nice to be spoiled by literary choice? Explore the full programme and spin out!

The overarching awesomeness of this year’s festival is the tartan tint to everything. Programme Director Rachael King is bringing a wee slice of literary Scotland to our far flung shores (gallus move lassie!) with the likes of: 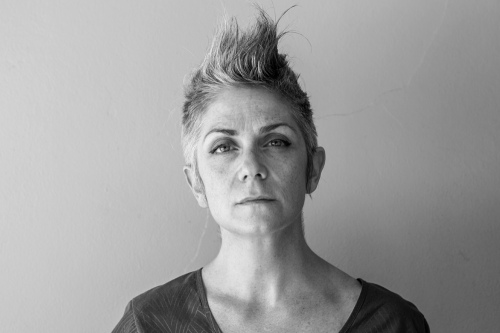 With several gritty but character-rich mystery series under her belt Denise Mina‘s latest novel draws on a real-life crime from 1950s Glasgow. She is, I have it on good authority, a witty and engaging speaker and will appear at The Great WORD Debate, Whisky Galore! and at her own Masterclass event. She also brings a very impressive hairdo.

His Diary of a Bookseller has been, for me, a slightly surprising hit here at Christchurch City Libraries. Who knew there was so much interest in flogging dusty tomes? I’ve just started reading it and I’m already seeing library parallels, lots of eccentric people buy and borrow books. Hurrah. Shaun is also appearing at Whisky Galore! At a session called For Book Collectors Old and New, and in conversation with Brian Phillips at The Diary of a Bookseller. Shaun is from Wigtown and also has epic hair.

I don’t normally have much truck with poetry (yes, I am a philistine) but Robin Robertson’s session Mortification sounds like my bag. Here a mixed cast of Kiwi and Scots authors will share their true tales of hideous embarrassment. It promises strong language and requires a stiff drink. He’ll also appear at Starry, Starry Night, Whisky Galore! and The Long Take. His hair game is average but as he just got longlisted for The Man Booker Prize I’m sure he has bigger aspirations and he still has more wig than Irvine Welsh!

Apart from all the Scottish loveliness, I’m also looking forward to:

When one of my Book Clubs decided to read the Man Booker 2013 shortlist I was a bit sceptical. Yes, we could then decide if  The Luminaries deserved to win, but we would also have to read it. And – this just in – it is very long. Anyway, it all turned out swimmingly and I read and loved books I would never have looked at if they hadn’t been on the list.

Reading from a list was so successful we’re  casting around for another one. My suggestion was to consult the handy Literary prizes and book awards  page on our very own Christchurch City Libraries web site.  The Baileys Women’s Prize for Fiction 2014 looks promising,  mostly because of the judges:

A list chosen by this crew must be preferable to the system my other Book Club uses, where the members tick titles on a catalogue at the start of the year.  They then shiftily deny any knowledge of the books that arrive each month and steadfastly refuse to read them. Or perhaps that’s just me.

The winner of the Baileys Women’s Prize for Fiction 2014 was Eimar McBride, who must be good, because if she could be a literary character she would be Dorothea Brooke from Middlemarch and because she chose Anne of Green Gables as the defining book of her childhood. Although the book she always recommends is Ulysses –  “why don’t more people listen?” Because it’s impossible to read, that’s why.

Using the Baileys list also offers the opportunity to swig down the sponsor’s product (or rather sip it in a genteel fashion) while discussing the finer points of literary fiction. A winning combination.

Denise Mina and Ron Rash were two discoveries for me at Wellington Writers and Readers 2012. Two different writers setting their books in very different places, but seeing them together examining the importance of place in their novels was a real treat. For a start I could listen to their accents all day, but what they were saying was just as good as how they said it.

Although the fabric of their landscapes is far apart, from Rash’s rural Appalachian Mountains to Mina’s gritty, mean streets of suburban Glasgow, they are connected by a strong sense of history.

According to Mina, Scottish people are obsessed by history; it’s a part of being poor. Rash’s Southerners are poor too,  less mobile than other Americans with roots running deep into the history of the place they live in, where something as long ago as the Civil War can be very near.

Both writers distiguished between local colour and regional writing. Local colour is concerned with what makes an area different, while regional writing is universal, looking out from the inside. We tend to think of things being neutral if they are set in New York or London, but that is exactly what they’re not. It’s not true that New York is never regional and that London doesn’t have an accent.

When I thought about books with a strong sense of place the first that came to mind was Winter’s Bone, set in the Ozarks and written by Daniel Woodrell, who happens to be a friend of Ron Rash’s. Woodrell’s Ozarks are a long way from suburban Christchurch and Ree Dolly may be moving through a very particular landscape, but what keeps her searching is universal – love for her family.

What books would you recommend for their strong sense of place?

“The Queen of Tartan Noir”.  Who could resist her session at Wellington Writers and Readers Week 2012? Not me, even

though I was unaware of quite what constituted Tartan Noir nor of ever having read any.

Denise Mina is the Queen in question and was the winner of the best-dressed author and best author’s hair competitions, contests held only in my irredeemably trivial head. She is the owner of an enviable quiff, a raconteuse of the first order and an award winning writer.

Born in Glasgow, but brought up as part of an ‘oil family’ who moved 21 times in 18 years, Mina ended up back in Glasgow after studying ceramics in Galway. At  University in a Law Faculty full of crime fiction fanatics, her PhD topic involved mental illness in female offenders, but, instead of completing her thesis, she began Garnethill, her first book. When she told her supervisor she was dropping out of her PhD to write a crime novel his first question was “what’s it about?”.

According to Mina people read crime fiction for fun. If they don’t like it they’ll say it was bad, but if they don’t like literary fiction they’ll say they didn’t understand it.  Having bought one of her books on the strength of seeing her sessions, I’d have to say it wasn’t exactly fun although it was extremely enjoyable, and it made me want to read all her books.

She’s been selected to write the graphic novels of Steig Larsson’s Millennium Trilogy; selected in that she was sent an email asking “do you fancy this?”.  The headline for that piece of news read “Queen of Tartan Noir to take on Tattoo Girl”. I can’t wait.