Do you think much about your cyber Security?

It is being promoted by CertNZ, an agency that exists to understand and advise both government organizations and New Zealanders about threats to their online security and how to minimize and respond to them.

They work closely with organizations such as the Police, NetSafe and Internal Affairs.

Like many things, prevention is better than cure. So, whether it is an offer that is too good to be true from a Nigerian Prince, or the fact that your password is – ahem – password, take a moment this week to think about how you can take a few simple steps to protect yourself and your family. 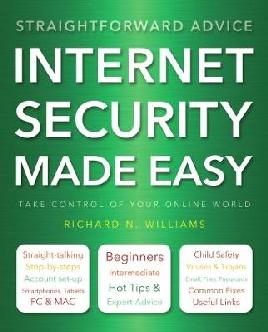 Dream of becoming the next young IT whiz who transforms the technological world and makes billions? Take the first step towards your goal by studying hard for NCEA Computing.

So where did we find these great resources? On The Pulse, the library’s website for teens.

Whether we like it or not, computers and their various applications are now a fact of life. Another fact is that as soon as you figure out how to use new technologies then they will change and update on you!

This where the library can help. Recognising the need for up to date information, the library has subscribed to 150 titles in the Safari Books Online electronic reference library for those with an interest in computer science. The information needs of amateur dabblers, IT professionals and programmers are all met here. Other areas covered include business and management.

Below is just a small sample of available titles:

This easy to use electronic library is one of the many benefits of library membership. You can access this database and its titles and many other useful databases from home with your library card number and PIN through Premium Websites, or from any of our libraries.

A cheery note on my broadband usage meter recently informed me that usage limits had been doubled until mid January. So while the servers and the towers may have been down recently, there was a definite upside!

You can guarantee that some of my bonus bandwidth will be spent on the most recent addition to the library’s  Christmas page – NZonScreen’s Christmas collection. There’s everything from Gliding on to Outrageous Fortune to Shortland Street – it’s quite a mix.

Remember, if you’re are worried about hitting your broadband limit, come and use the internet at your local library! There’s plenty of film resources in the collection as well. And while you’re at it, tell us your favourite end-of-year TV special. Is it something that gets you singing while you do the dishes, or a movie to fall asleep to?

The prefix meta- is generally used to describe something that is self-referential, or about itself.  Metadata is data about data.  A metamovie might be a movie about movies and so it’s only right that there should be a blog about blogs or blogging.

Until relatively recently having your own web presence required a reasonable amount of IT geekery and was not free.  With the advent of blogging anyone with basic computing skills can carve out their own niche in cyberspace.  For more information on how to set up your own blog check out our Creating your own online space page from the library website.