“The way we make change is changing.”
Marisa Franco, Director of #Not1More Deportation

Someone from the antivivisection society sat next to a food resilience activist, and an environmental campaigner was chatting animatedly with a cervical health promoter.  The workshop had barely begun, and already we were tapping in to one another, one of the many takeaways from the ‘Reinventing Advocacy in the 21st Century’ workshop. 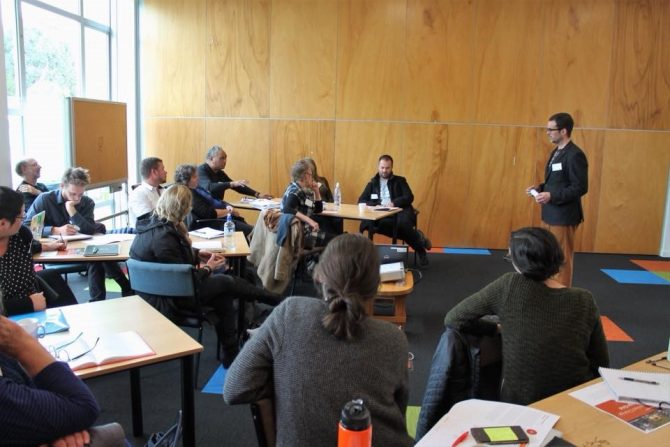 In April 2018, the New Zealand Drug Foundation partnered with the Public Health Association of New Zealand (Canterbury/West Coast Branch) to bring a NetChange advocacy workshop to Ōtautahi. Participants had the opportunity to learn from the research and expertise at NetChange about the strategies of today’s most successful advocacy campaigns and the ways we can apply them to our causes.  Later, we used a campaign grid to make concrete plans and workshop these together, sharing our own tips and experiences with one another.

The workshop participants were eager to share what they’d learnt, and to start perusing the reading list.  We thought we’d share it with you — something to think about whether you’re new to organising, just around the corner from a big movement — or both. For a start, the Networked Change Report and the brand-new ‘Blueprints for Change’ guides.

Here are the recommended readings:

eResources Discovery Search (eDS) provides you with access to most of Christchurch City Libraries’ eResource collection, articles, eBooks, journals, photographs, Kete (our community repository) and more, through a single simultaneous search at a single access point.
Search for: