I read The Handmaid’s Tale a long time ago, but could only stomach the first season on the box.  Maybe it feels a bit more real or even possible, or perhaps the dramatisation was all a bit much, but I just couldn’t cope with more terror or the gruesome relentless treatment of the women.

Dystopian fiction has always had a following, the stories are gripping and usually paint a vivid picture of a life in the margins. The Handmaid’s tale has been the most well-known book with a feminist perspective, but P.D. James wrote a book called The Children of Men in 1992 which was about a world with plummeting birthrates –  no children and no future, and The Parable of the Sower was written by Octavia Butler in 1993 and set in 2025 when communities have to protect themselves from marauding scavengers and roaming bands of ‘Paints’, people addicted to a drug that activates an orgasmic desire to burn, rape and murder.

In recent years a good deal more titles have been published and range from women coping with climate change, war, isolation and issues around fertility. A bit of a “trend” perhaps, but one that more and more seems to have the fiction set in reality.

Read more: The remarkable rise of the feminist dystopia The Atlantic Weekly

Check out my BiblioCommons list of Dystopian feminist fiction.

The latest episode deals with issues relating to Antarctica: 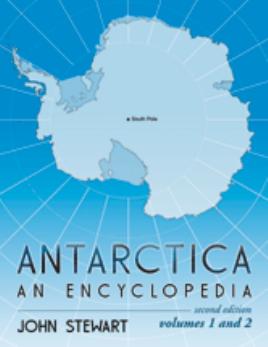 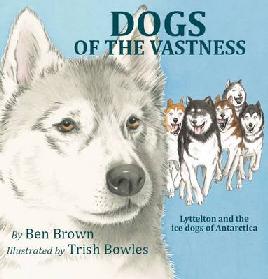 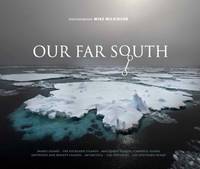 This episode discusses issues around the UN climate change conference, the “Conference of Parties” or COP 22 which is underway in Marrakech and questions whether it’s an effective way of combatting climate change. Also discussed are –

Find out more from our collection

What I inevitably find out at book festivals is how little I actually know! Yesterday my lack of literary knowledge was found to be lacking and today I feel equally challenged at the Tim Flannery Atmosphere of hope session. Perhaps the only thing I can say in my defence is that at least the sessions have made me think and will inevitably lead me to new books and subjects.  Maybe this is the strength of book festivals in that they engender a sense of curiosity?

This man is impressive, but I found myself at times struggling to hear him. Simon Wilson has this big booming voice whereas at times Tim Flannery “mumbled in his boots” as my mother used to say.

As the title of this session suggests Tim Flannery believes there is some hope in the climate warming situation.  This has to be carefully negotiated however because if you have too much hope then you breed complacency, but too much despair and people give up. He has great faith in innovation and believes that “the commonsense of people is our greatest resource”.  He wants to see governments having impressive innovation funds, and managed to flatter the audience by talking about how clever and innovative Kiwis are.

Perhaps the most interesting thing I learnt is that emissions growth has flatlined for the first time when an economy has been growing, and this is in large part due to the role that China is playing, having started closing down old and inefficient coal fired industries and developing clean air technologies.  This is certainly not what you hear through mainstream media.

Question time was busy …I am always interested in how many people use this time to voice their opinions rather than actually ask the speaker a question, but perhaps they know more than me?

Contemplating what condition the world will be in midway through this century seems a bit premature. But, in the grand narrative of history, the halfway point of the 21st century its not too far away – 35 years. So it is a tad irresponsible to push such ponderings into the back of our minds, given the ecological problems we face.

The way these issues connect will become much more evident over the next 35 years, as our current refugee/migration crisis will be exacerbated by burgeoning climate change migration. Basically, as seas rise and ice melts – ruining homes and food procurement – people will have to find somewhere else to make a home.

Sheila discussed the fact that indigenous peoples are often the least responsible for climate change, but also the least well equipped to adapt to the circumstances it foists upon their way of life – a life which is almost totally contingent on a very intimate relationship with healthy ecosystems.

Within their own regions, these small populations are often at the behest of larger non-indigenous populations and market forces. Therefore, they have little say in how environmental issues are tackled.

Mai Chen added to this by highlighting the increasing number of displaced indigenous people groups who must escape environmental crisis, but can’t achieve citizenship in other countries very easily. This is a bit painful, given developed countries are often the largest CO2 emitters and responsible for driving environmental degradation, but also have a strange reluctancy to receive new migrants affected by environmental crisis.

Relatedly, Dr Hayward underscored the way in which developed and developing countries are obsessed with economic growth. And this growth is usually achieved via resource intensive economic activity. Basically, we must wean ourselves off the growth model and scale back our consumer economies. Which sounds painful!

He noted that in the last two years carbon emissions had stabilized, and although this wasn’t cause to get back into our SUVs, it could mark the beginning of a downward trend in CO2 emissions! He attributes this to new technologies, as renewable energy sources (wind etc) are attracting more investment than fossil fuels, and such technologies are seeing increasing utilization.

That being said, the worst case scenario still looms.

It seems on the subject of ‘climate change’ one is firmly in the ‘believer’ or ‘non-believer’ camp, and ne’r the twain shall meet.

What struck me in the lead-up to our recent election was that the subject of climate change was not a ‘hot topic’. I wonder if this may have something to do with the fact that the downfall of the recent Labor government in Australia, under the leadership of Julia Gillard, may be connected directly to the introduction of a carbon tax which has since been repealed by the current Liberal government. It appears it was hugely unpopular with voters.

Hot topic? Maybe like a hot potato too hot to handle?

Where is the voice from the people of New Zealand ? Which camp are you in? What are your thoughts and ideas on the subject of climate change ?

A small change can make a big difference. You are the only one who can make our world a better place to inhabit. So, don’t be afraid to take a stand.
― Ankita Singhal

If you want to become better informed, the library gives you access to several useful resources, such as:

For yet more resources:

It’s high time that climate change got sexed up. Off the top of my head, I can think of no more effective passion killer than those two words introduced in the heat of the moment (as it were).

Of course the library has heaps of tomes on climate change and you are at liberty to wade your way through them. But I’m talking about fiction that uses the theme of climate change to entertain us and, believe it or not, this unlikely coupling exists. Christchurch Libraries has no fewer than thirteen adult fiction books on this theme and two of them are by authors with serious literary clout:

Both these books do the seemingly impossible: they connect the reader to environmental problems through the sexual antics of the main characters. In Solar, Michael Beard is a short, bald, unattractive-looking academic with enormous sexual pull. Don’t say you haven’t met any men like this because I nearly married one, and I don’t believe I’m that unusual. He does the Ecological Conference Circuit presenting papers on his specialisation: wind turbines for domestic use. If you’ve read other McEwan books, prepare to be taken by surprise, as this book is very, very funny.

In Flight Behaviour, Dellarobia is Kingsolver’s main character. She is a feisty young woman who has sexual longings of great intensity for men other than her rather endearing husband. This is not a sexually explicit book, but the yearning, the longing is palpable. She describes her marriage this way:

It’s like I’m standing by the mailbox waiting all the time for a letter. Every day you come along and put something else in there. A socket wrench, or a milkshake. It’s not bad stuff. Just the wrong things for me.

Behind her home on a  Tennessee smallholding, a massive colony of butterflies makes an unexpected appearance. This event, and its effect on the small town and Dellarobia, is conveyed absolutely beautifully: God’s Will is given a long leash and then reined ever so subtly in, Science comes out of its corner pulling no punches, and relationships shift before our very eyes. But at heart, this book is a song of praise for education. Dellarobia needed it – desired it even, but her school, her community and her fertility all conspired against her.