December is here and it’s time to make merry!

Break out the ugly Christmas shirts, decorate the house and surrounds, start thinking about that all-conquering Christmas lunch, and sing a happy tune – but which tune…?

Here are some ideas to give you the soundtrack of seasonal festivity that you deserve! 🙂

The 12 Sounds of Christmas

The merry season is finally upon us so let’s kick start our festive cheer with some suitably Christmassy tunes to accompany you through the month of merry-making!

Prefer to get your music online? See Simone’s recommendations for Christmas playlists from our online streaming services.

Christmas music is marmite kind of thing you either love it or hate it. Research by psychologists have found that listening to too much Christmas music too early has a detrimental effect one’s mental health, especially for those who work in retail.

If you are hosting the family or friends during this festive season you may want some background music that you haven’t heard a million times over at the mall. We have some excellent music streaming services  such as Alexander Street Music Online, Naxos Music Library and Naxos Jazz. Using these resources you can find some curated Christmas Music Playlists with classical and jazz Christmas music that won’t drive you nuts.

If you would like to check what other Christmas albums are available check Alexander Street Music Online and Naxos Music Library and Naxos Jazz.

Or for CDs from our collection check out Dan’s Christmas music picks. 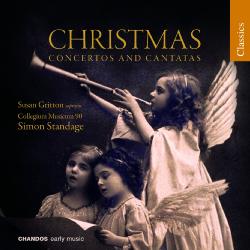 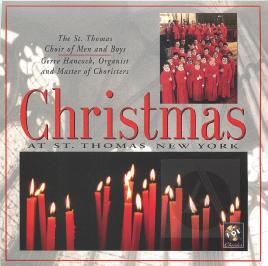 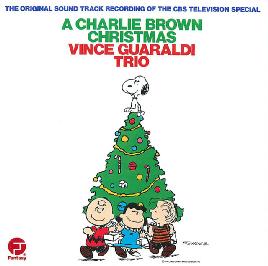 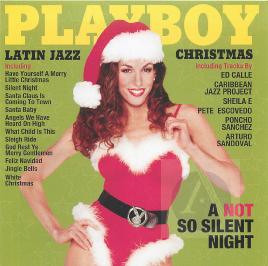 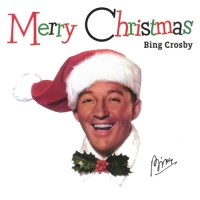 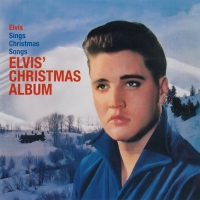 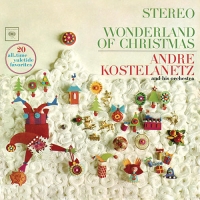 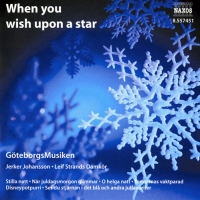 Christmas is a magical time and all of us have special memories that come flooding back with a particular smell or sound. Music is an important part of this experience and after being force fed Christmas muzak as you do your present shopping, it’s nice to relax, unwind and settle into the mood at home, with music you have chosen yourself.

The library has a great collection of Christmas CDs covering a wide range of tastes. Here are some of our favourites.

Find out more on our Christmas music page.

Merry Christmas from the Music Team

A lot of adults are sick of Christmas with only two and a half weeks to go, but there are lots of children out there who are excited and eagerly awaiting the big day.  There are plenty of ways to celebrate Christmas in these last few weeks:

3. Make some very creative Christmas crafts and decorations to make your tree look stunning or put them up around your house.

4. Listen to some Christmas music.  There are plenty of traditional Christmas carols that you can sing along to or new Christmas songs by The Wiggles, Hi-Five or Bob the Builder.

If you want more ideas of Christmasy things to do or want to find out some information about Christmas and how different people celebrate it, you could check out our Children’s Christmas pages.

It’s always interesting to see who releases a Christmas album at the end of each year. This year, those who are prepared to ‘Pa rum pa pum pum’ with the little drummer boy or ‘Fa la la la la’ while decking the halls are a mixture of the expected and the surprising. One of the most surprising is Bob Dylan with his Christmas in the heart. He’s singing old favourites such as ‘Here comes Santa Claus’ and ‘Silver Bells’. It was been receiving good reviews. Proceeds are going to charity.

Another album for Charity is Merry Christmas baby, a New Zealand compilation with proceeds going to Plunket. It includes the Jordan Luck band doing ‘Barbie dolls for Baghdad’ as well as other Kiwi favourites such as Opshop, Jackie Clarke, Whirimako Black, Hollie Smith and Annie Crummer.

The other New Zealand Christmas albums for 2009 are from Hayley Westenra and her Christmas Magic album with familiar seasonal carols and popular Christmas songs. It includes a duet with Ronan Keating. Howard Morrison has also posthumously released the Christmas collection which has 14 classic carols.

Sting doesn’t quite commit to a Christmas album settling with a winter themed album conjuring the season of spirits featuring Christmas carols and lullabies spanning the centuries on If on a winter’s night.

Other albums coming soon to a library near you are Timeless Christmas with the greats, Country Christmas collection, Christmas crooners collection and R&B Christmas Hits.

Ah the magic, the wonder, the teeth-grating annoyance of Christmas, specifically the kind of sentimental musical fare that verily drips with peppermint flavoured sugar syrup.  Usually I like a bit of tackiness but by the time Christmas Eve rolls around I’m generally fed up to the eye teeth with insipid covers of Christmas “classics”.  Why the very mention of Cliff Richard or Mariah Carey is enough to make me tense up.

I’ve said it before and I’ll say it again.  The only way to go is to pick some Chrissie tunes of your own that don’t turn your stomach.  Here are my suggestions for a Merry (but not too merry) Christmas.

Any suggestions for audiovisual delights to help you keep your sanity this Christmas?

Oh how time flies.  Can it be a whole year since I blogged about Christmas music the first time?  Well apparently it is and this year rather than just try and recommend Chrissie sounds of a non-traditional nature I thought I’d present the two extremes, polar opposites you might say, of what’s available for Christmas listening.  For, in my mind anyway, there is no middle ground with yuletide musical recordings – you either go with “hip” (and impress everyone with your restrained and therefore tolerable approach to creating festive “ambience”) or throw caution (and taste) to the wind and revel in the opportunity to indulge in some good old-fashioned Christmas cheesiness.

So let’s see how the musos duke it out in the ring, shall we?

In the Cool corner we have the elder statesman of Cool, Tony Bennett.  Maybe he’s old-skool, maybe he’s an octogenarian but if what you’re after is a bit of crooning to go with your Christmas cocktails then you’d be hard-pressed to find a better exponent of the art than Anthony Dominick Benedetto.  Teaming up with the Count Basie Big Band on A Swingin’ Christmas he’s made himself a formidable foe in this musical slug-fest.

Team Cheese have taken a sturdy blow to the breadbasket from Mr Bennett but rally with the help of the tag-team duo of Kenny Rogers and Dolly Parton, whose album Once upon a Christmas is straight from 1984 and is full of tinsel-laden, down home, err “charm”.  I’d forgotten just how huge this duet machine was.  They owned eighties country schmaltz.  And so Rogers and Parton land a fearsome one-two punch that sends the Cool corner staggering.

Lest you think all country Christmas albums are cheesy (who could blame you?), Johnny Cash gives Dolly and Kenny a good slapping with The Christmas collection.  It may be country but Cash’s hipster cool credentials are unassailable.  Back-up in the Cool-Country-Christmas sub-genre (not that he needs any) is provided in the form of one Mary Chapin Carpenter and her album Come darkness, come light : twelve songs of Christmas.

Christmas Cheese is by no means out for the count though as the festive stylings of Clay Aiken give Cool a swift kick to the shins.  If Christmas standards sung with a slight lisp are your thing then Merry Christmas with love comes highly recommended.

Dave Brubeck takes his fingers off the piano briefly to put Clay in a headlock with A Dave Brubeck Christmas but in a surpise move fellow pianist Barry Manilow’s roundhouse kick is A Christmas gift of love that Brubeck wasn’t counting on.

So after the battle royale who comes out on top?  Personally my money’s on Cheese.  There’s just so much of it to enjoy.  Why, I hadn’t even got round to the efforts of Lionel Richie, Anne Murray or the perennial Cliff Richard.  Cool may be, well…cool but Cheese has the numbers every time.

What’re your thoughts?  At Christmas time do you prefer Cool or Cheese and who are your favourite examples?

Top of many Christmas music lists is Fairytale of New York performed by The Pogues (sung by Shane MacGowan and Kirsty MacColl).

This Christmas was doubly special as Shane turned  50 on December 25:

“Smoking, drinking, partying — that’s why I’ve stayed alive as long as I have,” he declared. “And I’ve got better with age. That’s what’s meant to happen.

Unfortunately the wonderful Kirsty MacColl died back in 2000 in an accident in Mexico. Kirsty is probably best known for a version of “Days” by The Kinks, and her album Electric Landlady. If you like music with a Latin flavour, her album Tropical Brainstorm combines droll British lyrics with delicious Cuban and Latin beats.

Love it or hate it, if you’re planning on spending any amount of time inside a mall or department store in the next few weeks then you will be hearing Christmas music.  Personally, I love it.  When I was a kid we had “John Denver and the Muppets : a Christmas together” on vinyl and we listened to it every year.  Boney-M was also a perennial favourite, what with funky disco and tinsel going so well together.

The library has tons of Christmas music that it might be worth checking out because at the end of the day you can’t control what Christmas music is inflicted on you in a shop but you can have a say about what’s playing in your own home.  Here are my picks for some Chrissie tunes that won’t make your teeth ache with sugary sweetness. END_OF_DOCUMENT_TOKEN_TO_BE_REPLACED