Tūranga opened on Friday 12 October 2018. We did a bit of a historical re-enactment with the Tūranga staff.

Back in 1982, staff were moving into their fab new digs on Gloucester Street. In 2013, librarians were clearing out stuff from their old workplaces in the Central Library. In 2018, Tūranga staff were excited about opening to the public. 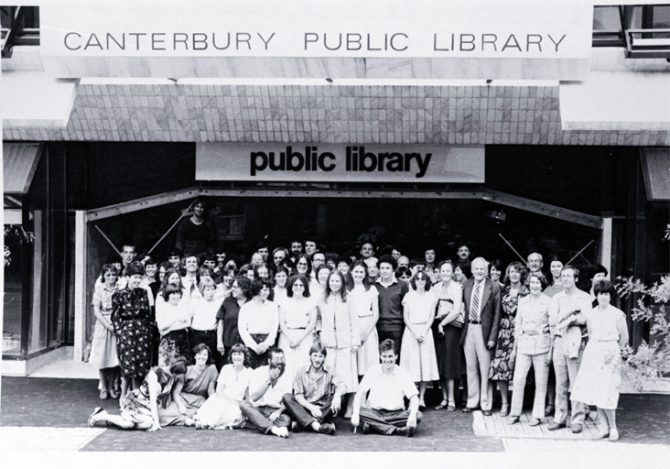 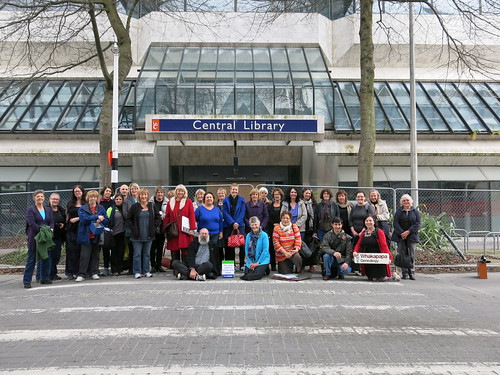 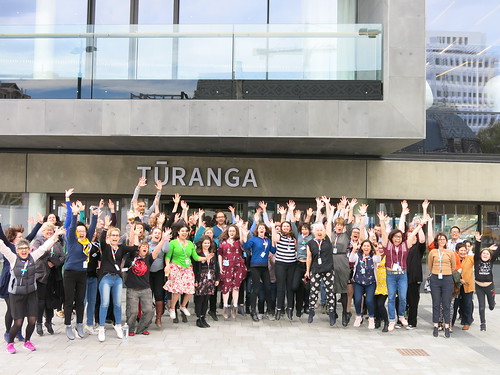 One of the notable features of the old Central Library was the escalator. In Tūranga, there are the mighty Harry Potter-esque stairs. 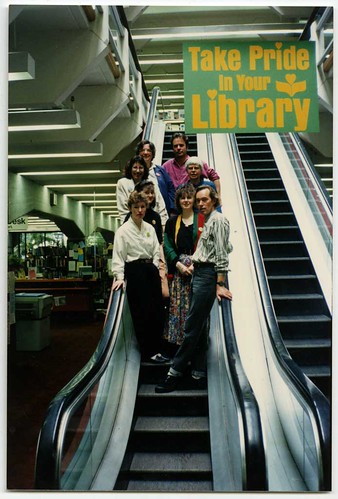 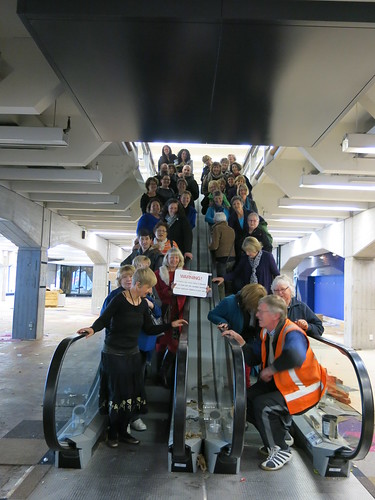 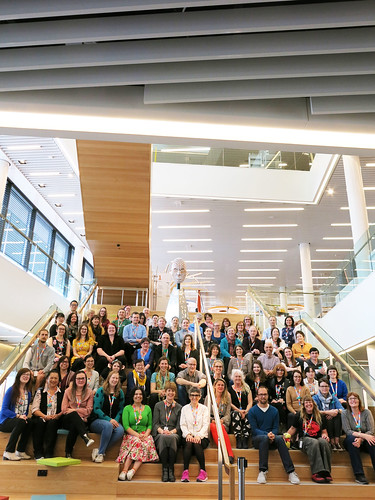 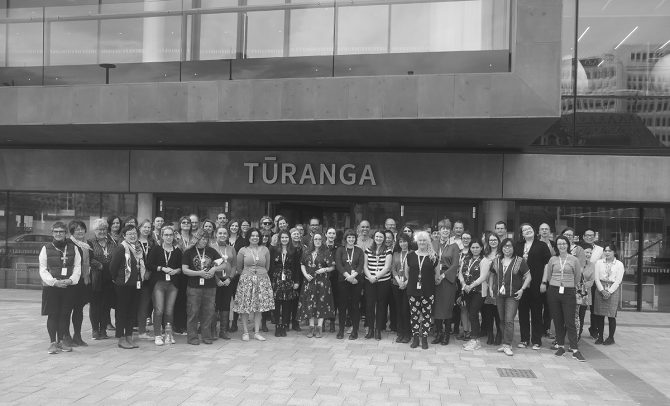 And the first customers arriving is the biggest moment of all! We are so happy to welcome you to your new central library, Tūranga. 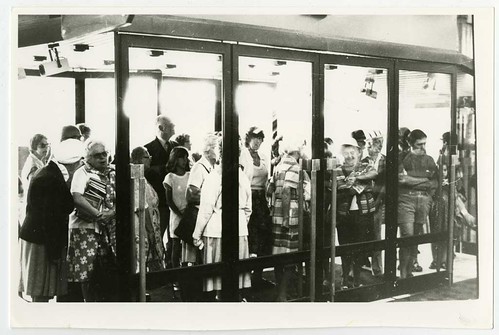 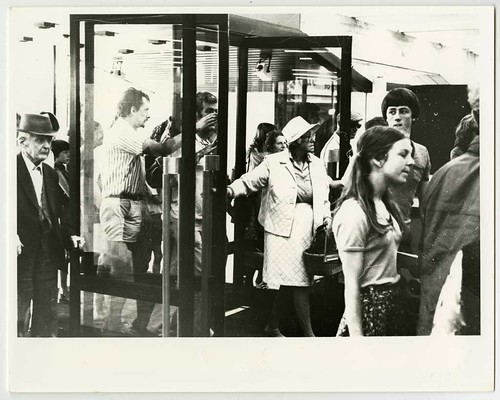 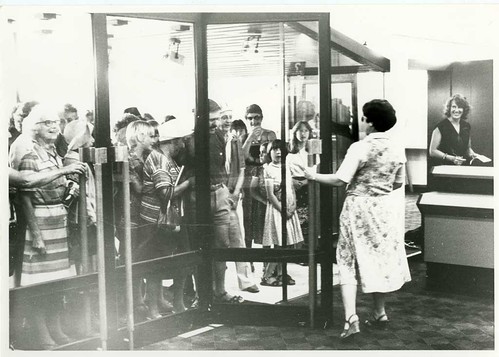 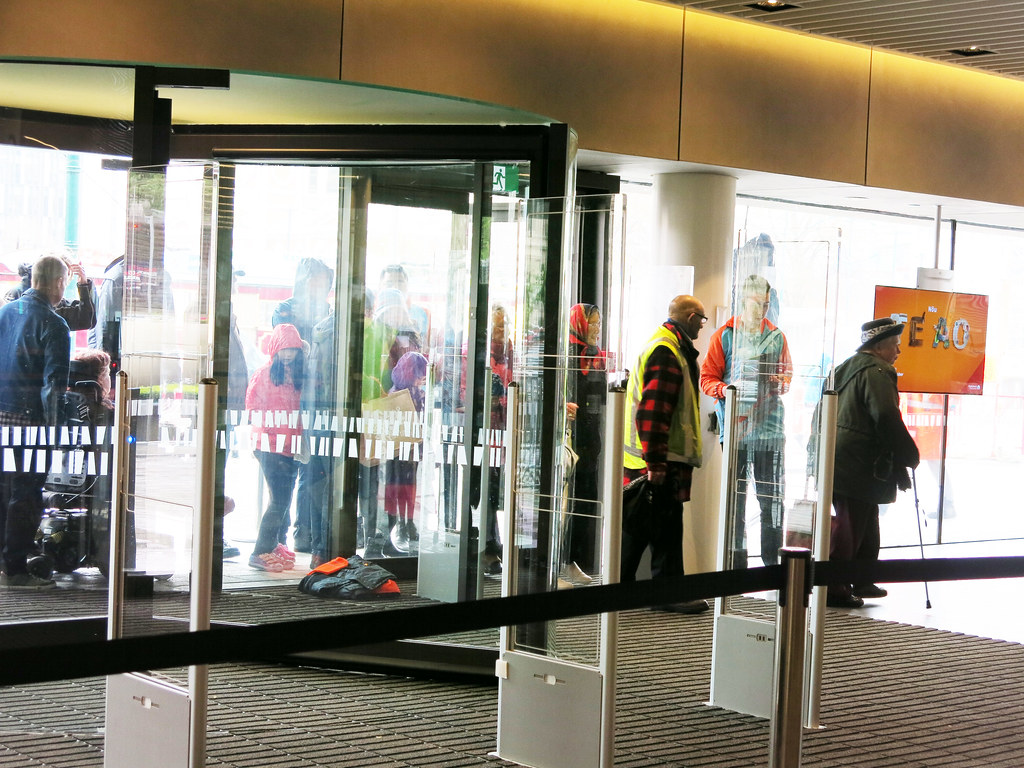 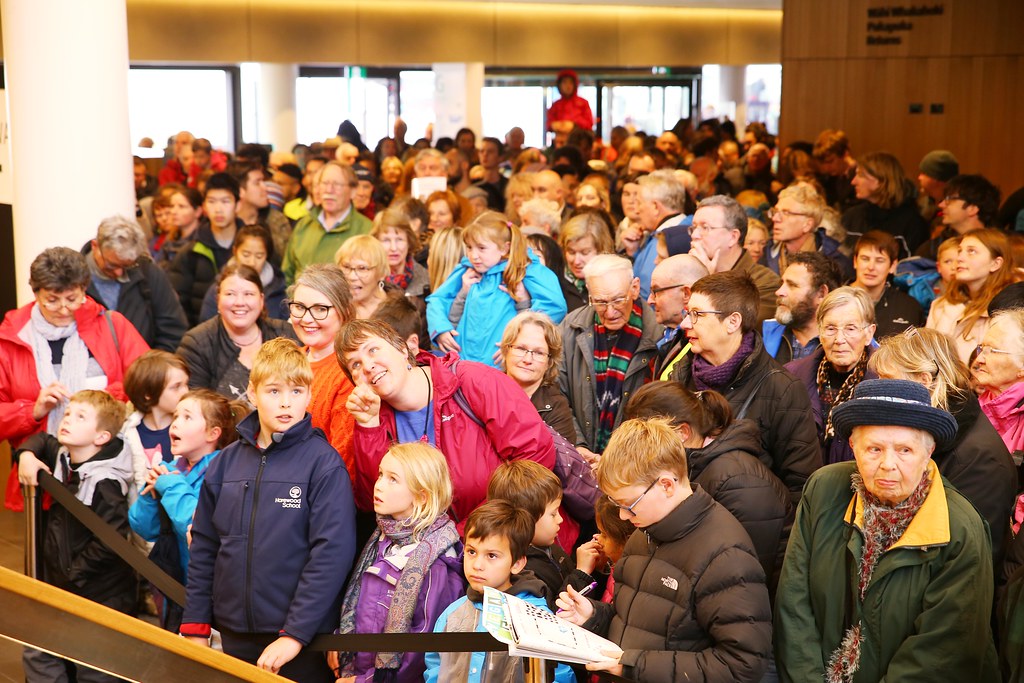 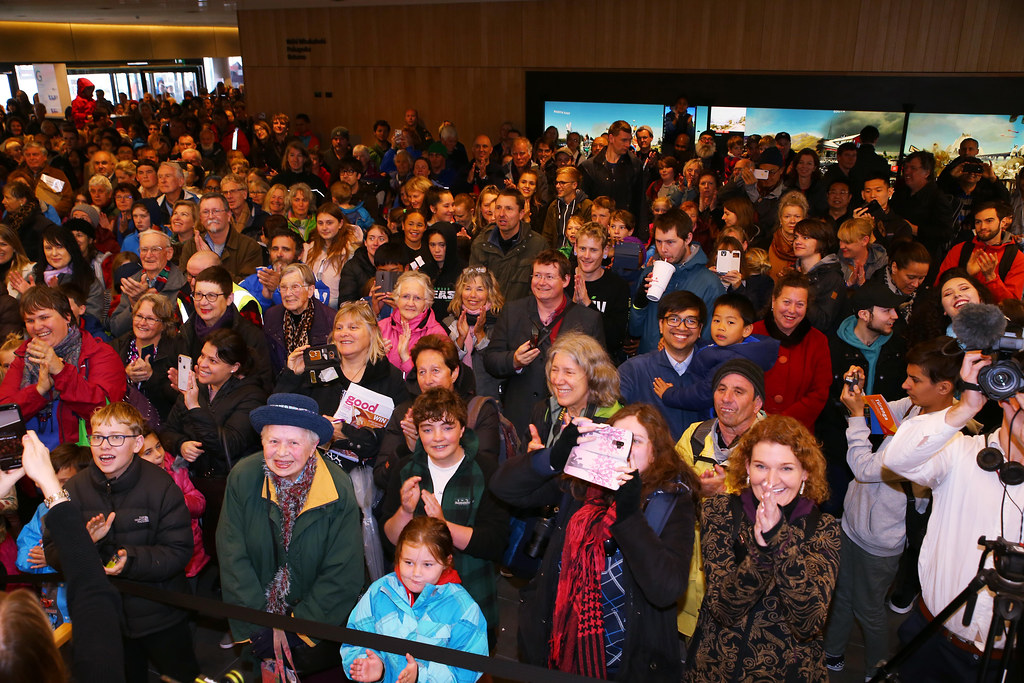 Kids can win awesome prizes by filling out this special online survey. All you have to do is help name Tūranga’s intergalactic heroes, the Bookbots.

During the month of July, local primary and intermediate students can vote on their favourite names for the digital characters and go in the draw to win prizes, including a real-life interactive robot for their school, with training provided by PBTech, and a class workshop with Imagination Station. Bluetooth speakers from Spark and giant Bookbot wall decals are also up for grabs.

Voting is open to local primary and intermediate students until 31 July 2018 (limited to one entry per student).

As we move ever closer to the opening of Tūranga, it can be interesting to reflect and look back on how far libraries have come in the last few decades. Looking at our fabulous digital collections I hit a fascinating and poignant vein of images of Christchurch libraries past.

Particularly poignant is this image of staff in 1982 outside the new – now old – central library on the corner of Gloucester Street and Oxford Terrace. It feels very symbolic of change, and hope, and the unexpected – and was recreated in 2013.

Another image shows behind the scenes views of Canterbury Public Library from the 1950s. Lots of stamping and binding and indexing going on! I’m glad to say that our wonderful Bindery is still going strong, but I think we look a little different behind the scenes these days – still heaps of books, but much more technology. Two more views show cataloguing and processing in the 1960s and 1950s. We still do a considerable amount of cataloguing and getting items shelf ready, but we certainly don’t have tables like that any more, nor do we wear the legendary smocks! I love looking at photos like this. It’s great to look at where we have come from as we plan our move ahead into the future. However, as much as we have changed, some things do stay the same – piles of books and librarians working hard to connect you with wonderful content.

It is on the corner of Manchester and Allen Street – close to Moorhouse Avenue. It may also be the only library in New Zealand with a view of a Harley-Davidson shop.

Central Library Manchester will be the place to go for researchers, especially those needing our Māori and Family History resources.

Like Loading...
Christchurch City Libraries staff reenact the 1982 shot on their final visit to the Central Library on Gloucester Street. And a few of the same staff are present in both shots.

See more photos from our farewell to Central Library on our Flickr.

We’d love you to share your Central Library memories too.

The future plans for the central city mean the Central Library is going to be demolished; we are saying goodbye.

Christchurch City Libraries began in 1859 as a Mechanics Institute collection in temporary premises in the then Town Hall in High Street. In 1863 the library moved to a wooden building on the corner of Hereford Street and Cambridge Terrace. The wooden building was replaced with a handsome brick building in 1901 and this was the Central Library until 1982.

The 4th incarnation of the Central Library – located on the corner of Gloucester Street and Oxford Terrace – opened on 11 January 1982. Warren and Mahoney were the architects and C. S. Luney the principal contractor. Governor-General the Hon. Sir David Beattie officially opened the building on 2 February 1982.

Here are some of the keen first people to arrive.

I started going to the Central Library in Gloucester Street when I moved to Christchurch in the 1990s. I would toddle in once a week for my supply of CDs and books. Later on I was stoked to get a job at Central. I’ve got many good memories of all sorts of things:  talking with customers on the Popular desk on the ground floor, the neat views over Gloucester Street to Cathedral Square, great friends, staffroom chats, oohing and ahhing over new books and CDs and DVDS, breastfeeding my daughter in the sick room, listening to NZ Music Month concerts and author talks. In Central you really did feel part of town’s action and bustle. Central Library staff and customers were (and are) an awesome bunch.

The riverside land the library stands on is required for the planned Convention Centre. A new Central Library is to be built on a site bordered by Gloucester Street, Colombo Street and Cathedral Square.

More about the Central Library

There are lots more photos of the Central Library on Flickr.

After seeing the disturbing photos of the University of Canterbury Library, we all wondered how the Christchurch City Libraries held up.

For us curious types, here’s some photos of the Central Library after the earthquake, before our intrepid staff started on the big cleanup.

The Central Library will re-open tomorrow, Friday 10 September from 9am to 5pm, and resume normal weekend hours for Saturday and Sunday (10am to 4pm).
Akaroa Library is open today, and we will let you know more about other branches as they are checked and inspected.

Don’t stay stuck inside on a cold and wet Sunday afternoon.  Come along to the Centre for the Child this Sunday, 23 May and make some noise!  Watch the awesome percussion group Pandemonium make weird and wonderful music from recycled junk.   You can even make your own music and join in with a group jam as instruments are supplied by Pandemonium.

Come along and join us at Central Library, 2-3pm this Sunday, 23 May.

Like Loading...
Helen Webby charmed a capacity crowd at Central Library this afternoon with a play list of both traditional Celtic, classical and contemporary Kiwi composed pieces. With standing room only (we ran out of chairs!) Helen amply demonstrated the versatility of the harp, at times playful and jaunty while at others delicate and lulling.
Helen, principal harpist with the Christchurch Symphony Orchestra, played a new composition by guitarist and saddle-maker John Egenes called “The Mule Colt”, a piece Helen describes as having a “groovy feel” and a Midwest swagger.
Anyone unlucky enough to have missed Helen today can catch her at:

For more information on Helen go to www.harp.co.nz

Saturday sees the first New Zealand Music Month performances in libraries and I am uncharacteristically looking forward to working on Saturday in the Central Library because I can also catch Fire Thief .

This trio plays their own material and were great the last time they played in Central – if you like a bit of acoustic pop/rock you’ll like Fire Thief. Are they named after the Terry Deary children’s book? Or am I just a sad old librarian who thinks everything has to be named after a book?