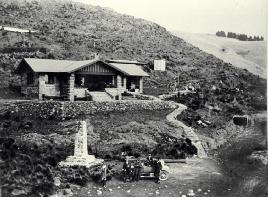 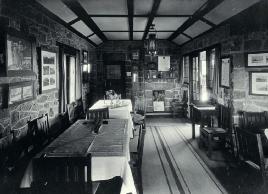 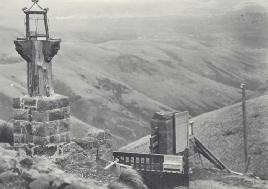 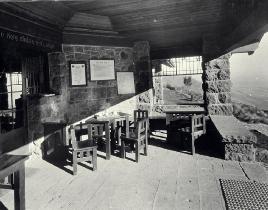 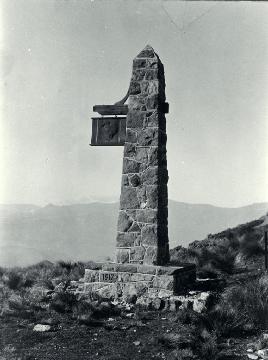 The queue had started long before the official opening at 8pm and while they waited the crowd was entertained by musical selections from the Lyttelton Marine Band. The Deputy Mayor, J.T. Morton, started the official proceedings, apologising for the absence of the Mayor, Mr Radcliffe, who had been unable to be present due to illness. Mr O.T.J Alpers on behalf of the directors, spoke next, remarking on moving pictures being a great source of education, especially in war-time.

And then the films began rolling…a wild life film, followed by a humorous study entitled “When in Rome” and then the main attraction, a drama, “The Deep Purple”.

So began the life of the Harbour Lights Picture Theatre when it was officially opened on 20th March 1917.

Situated at 24 London Street it was built in 1916, reputedly designed by John and Maurice Guthrie. Arthur William Lane had purchased the land in June 1916, transferring the title to Lyttelton Pictures Ltd in September. Mr Lane would be the theatre’s first manager.

Two storeys high, with a mezzanine floor, the theatre could seat 550 people in both stalls and circle. Initially just films were screened but in 1920 the building was extended and a stage erected to accommodate theatre performances, the first one “The N.Z. Diggers” opening on the 4th December. The theatre was now able to be used for performances, concerts, public talks and other social events as well as screening films.

Over the years the Harbour Lights went through a number of changes including building damage when the clay bank at the rear of the theatre collapsed into the stage extension in 1925. The main building escaped unscathed so film screenings continued but the stage was out of action for some time. Talking pictures arrived in April 1930, and attendance at the theatre continued to be a regular social activity for the townspeople. In the 1940s the theatre was advertised for sale or lease but ownership only changed in the 1960s when Lang Masters took over running the cinema and again in 1972 when Leo Quinlivan took over the building and after a major refurbishment reopened it as a theatre. In 1980 it was once again a cinema when Frederick E. Read, a film librarian, took over ownership.

The 1980s saw a squash court added, the auditorium stripped, the building turned into a restaurant, and then a night club. By 1992 it had evolved into a licensed entertainment and function venue and it continued to operate as such until the earthquake in February 2011.

In April 2011 the Harbour Light Theatre was demolished.

One of Canterbury’s most popular voluntary organisations, the Canterbury WEA, turns 100 this year, and celebrations are most definitely in order!

The CWEA, or, if we want to be formal, the Canterbury Workers’ Educational Association, was the first WEA to be set up in New Zealand. Like the English WEA, which was founded in 1903, the CWEA aimed to provide university level education to working men and women.

In the subsequent century, many changes have, not surprisingly, taken place; however the CWEA remains the ‘People’s University’. Offering as it does some 130 courses each year as well as hosting special interest clubs, such as mah-jong, bridge, and sketching, the WEA has been and continues to be a part of life for many Cantabrians.

The centenary celebrations are therefore guaranteed to be popular – make sure to contact the Association as soon as possible to avoid missing out.

To let the CWEA know that you’d like to attend any of these events, you can

Ian Fleming would have reached the venerable age of 100 on the 28th May; instead his final mission was in 1964, when his heavy smoking, skirt-chasing and boozy lifestyle finally caught up with him and stilled the old ticker. Not a bad way to go some might say and the Bond series which he himself referred to as “trivial piffle” also made him a very rich chap indeed, $2.8 million US from the thirteen Bond titles alone.

Commander James Bond, CMG, RNVR is best known now through the twenty-one Bond movies and we’ve had the lot; the blond Bond, butch Bond, Scots, Irish, Welsh, Australian and English Bonds. The film character has seen a new interpretation with each incarnation but the novels have a more static version of the Bond that Fleming first envisaged. Fleming considered Bond to be ” an extremely dull, uninteresting man to whom things happen…a cardboard dummy” but others like Kingsley Amis have waxed lyrical on the theme of Bond’s “fine natural physique…ravaged countenance, dark and brooding in expression” and George Grella said “James Bond is the Renaissance man…lover, warrior, connoisseur. He lives the dreams of countless drab people, his gun ready, his honor intact, his morals loose: the hero of our anxiety-ridden mythless age”

So if you’re feeling drab and want to live the life of a Renaissance man, lover, warrior or connoisseur this could be the perfect time to escape into the wonderful world of Bond, James Bond.