Having sported a beard of varying bushiness for many years, I have a longstanding interest in facial hair, so I was delighted to discover that this was the topic of a talk by Lucinda Hawksley at the Christchurch Art Gallery on Sunday, presented by WORD Christchurch. On a rainy Canterbury afternoon an audience of bearded and un-bearded alike almost filled the Art Gallery’s auditorium to hear all about the fascinating history of facial hair from ancient Mesopotamia to the modern hipster, and all points in between.

This is happening at @ChchArtGallery today! Come along and escape the rain. #books @WORDChCh pic.twitter.com/N2zsn6UpAi

Using pictures mostly taken from the National Portrait Gallery, Lucinda’s fascinating talk focused mostly on European examples, but we also heard about how dangerous and painful it must have been to have your face shaved in ancient Egypt (apparently they used sharp flints and mussel shells, risking nasty cuts and blood poisoning), and how the ancient Egyptians liked to be buried wearing false beards (women and babies included!). Since then beards have fallen, periodically, in and out of fashion. Initially popular in Ancient Greece (where they implied high status and masculine beauty), but less so in Ancient Rome, they lost favour after Alexander The Great insisted that his soldiers should be clean shaven. Throughout history, beards have been associated with barbarians, although the often cited etymological link between them appears to be less clear cut. In medieval times, suits of armour were often designed to accommodate the long and luxuriously flowing facial hair that was common at the time.

Lucinda with her ancestor Charles Dickens and his 'doorknocker' beard, which his friends & family loathed. pic.twitter.com/zUh2jPqOoH

As Lucinda’s talk entered the early modern era, the focus switched to British beards, and we discovered the astonishing fact that periods when beards were in highest fashion seem to coincide with female monarchs. The reigns of Queens Elizabeth I, Victoria, and Elizabeth II were all times when beards flourished, and in the first two cases, the subsequent ascension of a King to the throne resulted in an immediate and rapid decline in facial hair. Interestingly, more recently, men have grown longer beards at times when women’s rights movements have been particularly strong (e.g. women’s suffrage in the late Victorian period, women’s lib in the 1960s, etc.).

Lucinda’s talk was richly illustrated with portraits of famously bearded men from the extremely fashionable, and much emulated, pencil-thin moustache of Lord Byron, (which would appear again in the 20th century as the Hollywood moustache of Clark Gable, Erroll Flynn, and others), to the sumptuous sideburns of Charles James Napier, the extraordinary neck-beard of Robert Browning, and the familiar “door knocker” beard of Charles Dickens (Lucinda’s great-great-great-grandfather, who started his foray into facial hair by entering a moustache-growing competition and then got hooked, despite his family’s protestations). We are also shown the glorious mutton chops of Dickens’s illustrator, George Cruikshank. (Apparently Charles Darwin replaced Dickens on the British £10 note because his beard is more difficult to forge.) We also learned the different outcomes that being a bearded women can bring, depending on the times, from ruthless exploitation as a freak (Barbara Urselin), to admiration as an unusual sex symbol (Annie Jones).

The greatest flourishing of the beard came in the late Victorian period after soldiers returned from the Crimean War with large beards necessitated by the extreme cold and lack of shaving facilities, making beards a mark of the hero. Coinciding with the women’s suffrage movement, this beard craze affected all levels of society, and for the first time facial hair was no longer a signifier of class. (Prior to the invention of the safety razor, regular shaves were largely the preserve of the well-heeled). During this era, barbers had a hard time of it and had to come up with inventive ways of making a living, with aggressive marketing of hair dyes and oils, leading to advent of the antimacassar.

By Edwardian times the beard had all but gone, with the novelist Frank Richardson labelling it “face fungus”, and the final death knell came with World War I and the need for close-fitting gas masks. Despite some notable exceptions, e.g. Salvador Dali (“the most famous moustache in history”), and the Handlebar Club (founded in 1947 and still going strong, requiring the growth of a moustache with “graspable extremities”), facial hair was largely gone until the 1960s when it reappeared with the hippy movement and again, as history repeated itself one more time, was correlated with a period of women’s lib. We were finally brought up to date via Tom Selleck’s moustache, and the designer stubble of the 1980s, to the recent hipster beard and the controversy surrounding Conchita Wurst. The audience were captivated by these tales of the hirsute, and the hour seemed to fly by. Lucinda has a real gift for storytelling and there is so much more to learn about the history of facial hair in her recent book “Moustaches, Whiskers & Beards”, on which her talk was based. 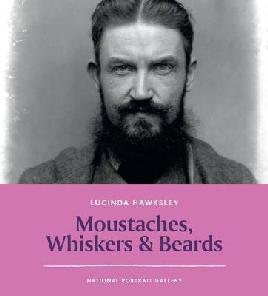 (Not that’s not Rasputin on the cover, in fact it’s a young George Bernard Shaw, someone we’re more used to seeing depicted in old age.)

If facial hair isn’t your thing (perhaps you have pogonophobia?), Lucinda has written many other books on an impressively wide range of other topics. 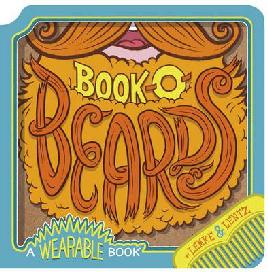 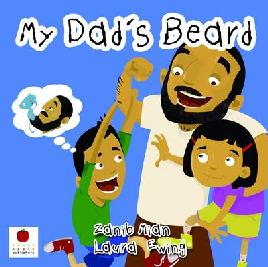 For more fun with beards, the library has all sorts of great stuff including a graphic novel about a “Gigantic Beard That Was Evil”, manuals on how to grow a handsome beard, and even a couple of children’s books.