“Censorship is to art as lynching is to justice.”

Courage Day is celebrated on the 15th November. When I initially saw ‘Courage Day’ on the list of impending key dates, the first thing to pop in my head was the scene from the Return of the King where Sam heaves Frodo up on to his shoulders and staggers up the slopes of Mount Doom towards the exploding crater. Great. Literature is full of courageous deeds. But turns out, Courage Day is really a celebration of courage displayed by those on the other end of the pen – writers who defend the human right to free speech – as well as those who are oppressed, killed or imprisoned for their work. Writing can be a dangerous business indeed.

In fact, Courage Day is the New Zealand term for what is known globally as the ‘International Day of the Imprisoned Writer.’ The New Zealand Society of Authors, which is affiliated to PEN, named the event jointly after James Courage and his grandmother Sarah Courage. Read more about the history of Courage Day on our website. Courage Day is held on the 15th November each year, as has been the case since 1981.

You can read Sarah Courage’s book: Lights and Shadows of Colonial Life.

Whilst many throughout history have turned to writing to express their views (however outrageous), Courage Day honours writers who have been outspoken about social or human rights issues and in doing so have placed their own personal safety or freedom at great risk. Courage Day encourages us to consider the politics surrounding freedom of speech and expression.

History and current events show us that not all governments support free speech, and across time there have been some hiccups. When we read books by authors who have been penalised for their words, our world is expanded as we become aware of issues, and even atrocities, that we might not otherwise have fully realised. This would not be possible were it not for the fortitude of a very few who would risk their livelihood.

So here is a short list of books and the authors behind them who have been persecuted for expressing their views. Some have been imprisoned, forced into labour, or expelled from their countries and a lucky few have simply had their books burned. 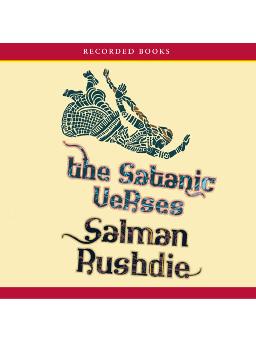 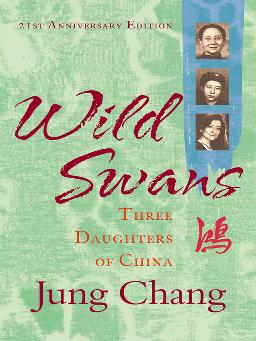 Pasternak’s Doctor Zhivago contained criticisms of the Bolshevik party. For this he was threatened with expulsion from the USSR. Due to this unfortunate threat, he turned down a Nobel Prize for Literature in 1958.

The Satanic Verses resulted in a fatwa (ruling) being issued against Rushdie for “insulting Islam.” In a horrifying twist, the following occurred. Several bookshops in the UK stocking his book were firebombed; his Japanese translator was assassinated; his Italian translator stabbed (escaped, with injury) and his Norwegian publisher shot (survived, injured). An alarming display of extremism.

Mikhail’s anti-war sentiments manifested in her journalism, poetry, and in her book ‘Diary of a Wave,’ all of which were banned in Iraq. She was warned by authorities that her life would be at risk should she continue publishing anti-war messages, and so she fled Iraq, claiming asylum in the US. The Beekeeper of Sinjar is her latest offering about endurance and hope against the backdrop of ISIS extremism. No doubt the authorities would disapprove.

J.M. Coetzee is a South African author and Nobel laureate whose novels contain anti-apartheid sentiments. His novel In the Heart of the Country was consequently banned in apartheid South Africa.

Nelson Mandela was imprisoned in 1962 for conspiring to overthrow South Africa’s apartheid government. His book Conversations With Myself contains notes and diary entries from his subsequent 27 year stint in prison.

Wild Swans by Jung Chang has been banned in China since its publication in 1991. It details life under the rule of Mao’s Communist party.

Oscar Wilde was imprisoned in the 1890s, after evidence of his homosexuality was brought before the courts. His poem The Ballad of Reading Gaol was written about his experience of prison.

What exactly are we afraid of? The books that a country decides to ban are less a reflection on the author than on the system or society which banishes them.

Censorship is another contentious issue, and over time many books have been banned for a wealth of reasons. This has happened in New Zealand too. It could be that they challenged the moral or political ideologies of the time, or were considered too outrageous or offensive for public consumption.

Personally, discovering that a book is part of a banned books list merely increases my determination to get my hands on a copy. Like when my parents tried to stop me from reading scary books as a kid. Ha, cause that worked…

Here are some previously banned or restricted books that are now available to borrow at Christchurch City Libraries.

Isaac Asimov once said that “Any book worth banning is a book worth reading”. And here at Christchurch City Libraries we like to give readers the choice!

Did you know that before being green was in, Dr Seuss’ The Lorax was banned? Yep, you read that right… The Lorax!!! It was banned in 1989 because it portrayed the forestry industry in a bad light.

Banned Books Week was launched in 1982 in response to a sudden rise in the number of challenges to books in schools, bookstores and libraries in the United States, and more than 11,300 books have been challenged since.

You might be forgiven for thinking that New Zealand, being such a freedom loving country, would reject the idea of censorship of any kind, but there have been several instances of it through the decades. You can see some of them here: Banned Books in New Zealand.

The latest book that has been challenged has become a cause célèbre. I’m talking of course about the young adult novel Into the River by Ted Dawe, which has been classified three times and is now under an ‘interim restriction order‘. If you would like to know what this actually means, our editor Donna has written an insightful post: Into the River – what is this banning all about?

This year Banned Books Week will run from 27 September to 3 October, and aptly the focus is Young Adult books.

The following are the 10 books most challenged in 2014 according to the American Library Association.

“You want weapons? We are in a library. Books are the best weapon in the world. This room is the greatest arsenal we could have. Arm yourself.”  – The Doctor.

We have all these titles and plenty more challenged books in our catalogue if you dare to read them. Do you agree with censoring books for their content?

An ‘interim restriction order’ has been placed on the award-winning book for teens Into the River by Ted Dawe.

Can I get it out of the library?

We can’t lend you a copy, but you can place a hold. When the order is no longer in force, you will be able to borrow it.

What’s an ‘interim restriction order’ and what does it mean?

The best source of information is the OFLC Study of Into the River.

I have an opinion on this. What can I do?

If you have questions or concerns about the interim restriction order, or if you would like to express an opinion about the appropriate classification of the book Into the River, please contact Julie Wall at the Film and Literature Board of Review: julie.wall@dia.govt.nz.

The Film and Literature Board of Review has issued its decision on the book Into the River. The book has been classified Unrestricted. This means that it can be supplied to anyone, of any age.

For detailed information about the classification history of the book, see the updated case study.

The online magazine Salon has celebrated Banned Books Week by musing about books that should be banned, but not from the shelves and not for the usual reasons.

Books make this list not because they are morally reprehensible but because people are made to read them at school and university and they can put a reader off an author for life.

1984, Lord of the flies and Animal farm are mentioned by Salon, all books I read and liked at school (well maybe appreciated is a better word than liked with regard to 1984). But Cranford in the third form saw me estranged from Mrs Gaskell for years until Judi Dench in the  television series brought us back together. All that wasted time when I could have been wallowing in the work of a consummate prose stylist.

This week is Banned Books Week in America, but we thought we would celebrate too.  Banned Books Week is an annual event celebrating the freedom to read whatever, whenever and wherever we choose, and draws attention to the harms of censorship.  The reasons for censorship are many and varied, and when you look at some of the reasons why books have been banned (particularly in America), it seems ridiculous.

Here are just some of the fantastic children’s books that have been banned or challenged for ridiculous reasons:

1. Witches by Roald Dahl – gives children a false idea about how the world works and it has a negative portrayal of women.

3. In the Night Kitchen by Maurice Sendak – objections to nudity (some librarians have even drawn pants on Mickey).

5. A Light in the Attic by Shel Silverstein – includes poems about disobeying children, dying children and there is a presence of supernatural forces in the poetry.

We have a display in the Centre for the Child in Central Library of some books that have been banned or challenged so come in and take one home.  You can also have a look at the list of the top 100 banned or challenged books between 1990 and 2000.  Be warned though – these books could be bad for your health so read them at your own risk!