About 70 years ago, on 18 November 1947, should you have been wandering down Cashel Street towards Colombo shortly before four in the afternoon, you would have seen a strange sight: Ballantynes co-owner, Kenneth Ballantyne, climbing down the parapet of his storefront. Flames all around him, he is the last to escape the Ballantynes’ fire with his life.

41 other people were not so lucky.

This Saturday will mark the 70th anniversary of the Ballantynes’ fire. If you would like to learn more about the tragic sequence of events that unfolded in 1947, Christchurch City Libraries has a digital heritage resource containing transcripts and images, among other resources, to help you paint a picture.

Photos are our glimpses of the past, and you can browse spectacular photographs taken of the Ballantynes’ fire through the following sources:

More resources about the Ballantynes’ Fire

On the afternoon of Tuesday 18 November, 1947, Ballantynes Department Store was full of shoppers – Show Week had taken place the previous week and the wedding of Princess Elizabeth and Lieutenant Philip Mountbatten was due in two days. It was a fine day and the city was buzzing.

Then, at 3:31pm, disaster struck. One of the store’s salesmen was told by a woman employee that smoke was coming up from the basement. He told her to call the fire brigade and inform the owners, but it wasn’t until a quarter-hour later that the Fire Brigade received the call-out.

Most of the store’s 250 customers and retail staff on the ground floor were evacuated from the building, but since it was thought that it was just a cellar fire, staff on the first floor – who had just returned to work after their tea break – were not informed. However, within minutes the building was ablaze, the centre of the store exploded in flames.

200 fire fighters, police and volunteers using 20 appliances fought the fire that day. A large crowd looked on in horror as Dunstable House, which was made up of seven buildings linked together and built of match lining, pinex and bone dry timber, burned to the ground. 41 staff members, trapped by flames and smoke, lost their lives. A memorial was built at the Ruru Lawn Cemetery in honour of them.

Today marks the 67th anniversary of the Ballantynes’ Fire. The fire at the Ballantynes Department store in Christchurch on 18 November 1947 was the worst fire in New Zealand’s history and 41 people died.

If you want to find out more about this tragic event, Christchurch City Libraries has a resource that features transcripts of articles from newspapers and other sources about the fire. It includes contemporary news reports and photographs.

A special ceremony today will celebrate the completed rebuild of the Ballantynes fire memorial at the Ruru Lawn Cemetery in Bromley. Relatives of people who died in the fire will attend. 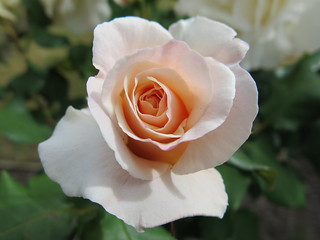 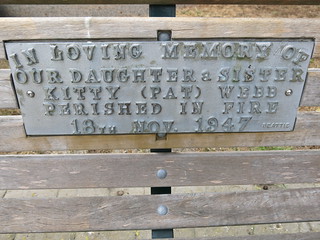 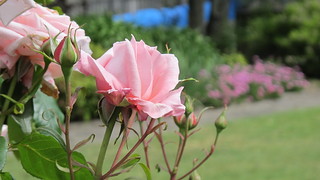 This Sunday marks the 65th anniversary of the disastrous fire at Ballantynes. The fire changed from a cellar fire into an inferno that cost 41 lives and destroyed the store, which occupied a number of inter-connected buildings in the commerical heart of Christchurch. Photos taken at the time demonstrate the tremendous efforts both fire fighters and volunteers made to try to control the fire, and power of it once it passed ‘flashover’.

Following the funeral, a memorial garden was established at the Ruru Lawn cemetery at Linwood.  Unfortunately the memorial has been badly damaged in the earthquakes, but Chistchurch City Council staff are working on plans to repair it.  Photos taken prior to the earthquakes have been recently added to New Zealand History Online and were supplied from Council files.

The library has several books on the fire. Even so long after the event, reading an account of the event is still pretty harrowing – Walker’s The Ballantyne Fire disaster had me blinking back tears.

Today is the 62nd anniversary of the fire at the Ballantynes Department store in Christchurch. It was the worst fire in New Zealand’s history. Forty one people died and the resulting Royal Commission recommended urgent changes to the building regulations and fire prevention and firefighting throughout the country.

If you want to find out more about this tragic event, Christchurch City Libraries has a resource that features transcripts of articles from newspapers and other sources about the fire. It includes contemporary news reports.

The fire has also resonated with New Zealand fiction writers.  Deborah Challinor’s novel Fire is a historical romance based on the Ballantynes Fire, but set instead in Auckland 1953.

Christchurch writer Stevan Eldred-Grigg’s 1993 book Gardens of Fire is based on historical research and:

looks at the very ordinary lives of very conventional shop workers and customers, yet lifts those lives into tragedy and mystery.

The victims of the fire are buried in the Ruru Lawn Cemetery in Bromley.