We all know the how important Waitangi Day is to New Zealand, but what do you really know about the Treaty of Waitangi?

This is the question I asked myself this year. I decided to investigate further, and Christchurch City Libraries has an excellent eResource The Treaty of Waitangi Collection from Bridget Williams Books. This platform contains some key texts on the Treaty and the Waitangi Tribunal. There a texts of all different sizes so you can –

The one grey area for me was translation of the Treaty from English into Māori and reading about how this was translated gave me a greater understanding of why controversy still surrounds the Treaty today. I found it fascinating to read descriptions of what actually happened at Waitangi in 1840 during the signing of the Treaty.

If you are studying and need to cite any of the texts, there is a citation tool. You can choose your citation style and it provides the correct citation for you.

Check out this collection as it is something every New Zealander should know more about. 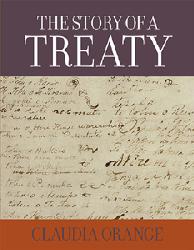 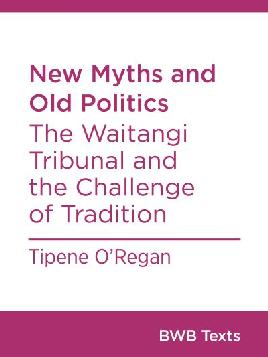 I confess I didn’t read all of the books in my eyewateringly large pile of holiday reads. But I accidentally went all #AotearoaReads and it was ACE.

First up, I finished Can you tolerate this? Personal essays by Ashleigh Young. She tells stories about her family and relationships, but also little histories that have captured her imagination – a boy with a rare skeletal disease, a French postman and his project with stones. This combination of the personal and something more expansive (in both space and time) is a winner. I gave this book to my little sister at Christmas time, and she has whisked it away to London (where today it is snowing). She’s going to love it.

Tell you What Great New Zealand Nonfiction 2017 is the third in a series of top writing from magazines, websites, and blogs – pieces so good that it feels good and proper to have them in print. They are anything but ephemeral.

Editors Jolisa Gracewood and Susanna Andrew have again created a brilliant buffet of thoughts and words. You can dip in anywhere and read something that’ll grip you to the last full stop. It’s joyously diverse in topic – kererū, Rugby World Cups, tikanga, Hudson and Halls. It is also geographically varied. The stories are not just set in Aotearoa but range from London to Iceland as well as Kiwi locales like Poplar Avenue and Ashdown Place.

Tell you what reminds me of listening to Radio New Zealand. You’ll find yourself deeply immersed in something you never knew about, and didn’t know you were interested in. That’s magic.

#AotearoaReads is the gift that keeps on giving well past the New Year. I’ve started reading Write to the Centre: Navigating Life With Gluestick and Words by Helen Lehndorf.

Other recent #AotearoaReads I loved: 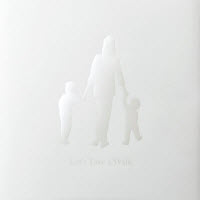 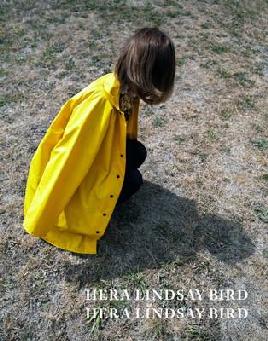 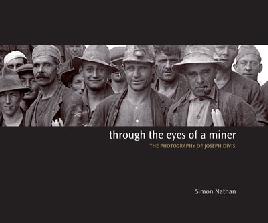 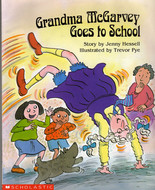 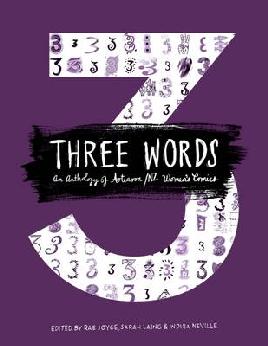 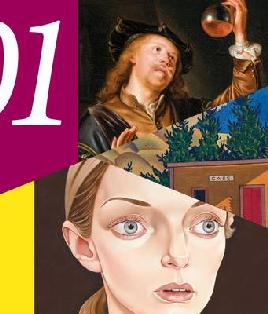 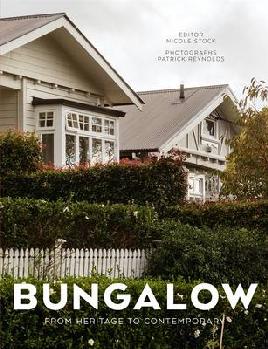 Then I remembered some delicious old maps that reveal names of old. This 1838 map shows a transliterated version – South Island as Tavaipoenammo and the North Island as Eaheinomauwe.

Te Waipounamu (the South Island) was once dubbed Middle Island.

See at left the Sketch of Middle Island (New Zealand) shewing the East Coast as laid down by Captn. Stokes 1850.

For more map goodness, check out our digitised collection of maps.

This wonderful book is a volume of selected writings by the late Michael King.  It shows his wide-ranging skills as a historian, cultural commentator, writer, thinker – someone with real insight into New Zealand culture.

The introduction by his daughter Rachael King, herself a brilliant writer, lets you know you are in for something special. She talks of:

Searching through a box by his desk one night, I came across several photocopies of an essay called ‘The Silence Beyond’. It began: ‘At the age of thirty I found out that my name was not my real name’.

This essay resonated with me. There was a similar revelation in my family when it was realised my grandmother didn’t have Swedish origins as we thought, but had been adopted and her ancestry was East End London Jewish. King shows that genealogy and family knowledge isn’t  a dry thing, it does opens up ‘the silence beyond’.

Amongst the eulogies and wise meditations, there is also a big  pulsing vein of humour. His anecdotes about the New Zealand literati are fantastic:

The Appendices to the Journals of the House of Representatives (AtoJs or AJHRs) are an essential resource for anyone interested in New Zealand’s history. Good news today is that the Digitisation of ‘AtoJs’ reaches 1906.

What does this mean? You can now get contemporary information and observations on events like:

Yes there are facts and figures, and analytical information but sometimes it is the smaller observations that open up history. A report on the Tarawera eruption 1886 from Doctor Hector mentions :

One of the most unfortunate results of the eruption, in addition to the disastrous loss of life and the destruction of the country, is the disturbance of the sense of security which has grown up amongst those residing at the Hot Springs and I believe that many persons are so thoroughly shaken by the horrors experienced on the morning of the 10th that they will not recover their equanimity until they have been for some time resident away from, the sounds, smells, and shocks that characterize the district.

The reports on events at Parihaka includes a discussion on potatoes:

The Hon. Mr. Bryce to Lieutenant-Colonel Robeets. Wellington, 13th April, 1882. —Colonel Roberts, Opunake.- —Toil are perfectly right. Natives must be prevented from taking supplies to Parihaka, which would give an excuse for reviving and attending the monthly meetings. I have no objections to carts going to the Parihaka Block for supplies, as there is a superabundance there but taking supplies to Parihaka is in every way objectionable, and must be stopped. Please have this explained to the Natives with the carts, as it is not unlikely that they may wish to get potatoes from Parihaka. —John Bryce.

Lieut.-Colonel Robeets to the Hon, Mr. Bryce. Pungaeehu, 14th April, 1882.—Hon. Mr. Bryce, Wellington.—Natives who were not allowed to go to Parihaka with pork said that they would be ashamed to go there with empty drays, and would therefore not go for potatoes. —J. M. Roberts, Lieut.-Colonel.

Thanks to The National Library of New Zealand for managing the collaborative programme that is digitising the Appendices to the Journals to make these records easy to access and freely available online. Brilliant stuff.

“Just one more turn,” she said.

“One more turn on everything.”

One more turn on the double decker slide. Another go on the spinny wheel. Another crawl through the bark chip-lined concrete pipe tunnel. A clamber over the tyre-covered dome. A swing, higher and higher. Then, finally, down the yellow curvy thing and into the car.

It was Friday night fish and chips at Corsair Bay to start Waitangi weekend. A sunset that went on forever. Light that made you think you really were the last one to see it; fading into the outstretched unknown, chased by the nagging nor-easter.

We raised our eyebrows to strangers, as if we are all agreed; all in the same boat; all on the same shaky isle.

“Look at that cool car, Daddy.”

An MG, then an Impala; a Morris Minor and a thundering Cobra. Must be the Skope Classic. We roll down the windows to enjoy the roar. A view of the water and people swimming to a raft. Tiring out the kids so we can have a quiet gin in the evening. Cheering for the underdog and admiring new talent at the Sevens. Mowing the lawns, whacking the weeds. Old friends and a barbeque. Laughing at the idea of Janet Frame and Margaret Mahy in John Clarke’s literary front row, because the game is won and lost up front, after all.

From the wind-beaten limestone at Castle Hill to the clay cliffs by the Ahuriri, this is a land of contrast. Hot, flat grey stones next to cold, rushing water. Aotearoa New Zealand. We occupy a unique place and culture – standing on the edge of the world, knowing it is not wedged shut.

How did you spend Waitangi weekend? And what is your favourite detour on the way home?

The usual varied collection has turned up in ANZC – the reference centre of the library – this week:

If you want to find out anything about New Zealand, and especially Canterbury – history, family history, cooking, children’s books, politics – the Aotearoa New Zealand Centre (ANZC) on the second floor of Central Library is a good place to begin. New items come flooding in to ANZC every week. That is because we hold books, CDs, DVDs and maps as reference only copies. The variety of items on ANZC shelves is enormous.

Here are just some of the items that have come in this week:

Living and working in New Zealand, edited by David Hampshire, covers all aspects of life in NZ from coin telephones, starting a business, education,  insurance and social customs (“it is considered socially acceptable to drop in on friends”  – “kiwis generally prefer not to ‘beat about the bush'”).

The hole in the bush: A Tuatapere centennial review compiled by Des Williams, is a local history
Best of both worlds: the story of Elsdon Best and Tutakangahau by Jeffrey Paparoa Holman recounts the story of an 1895 meeting between these two figures of history.

Ryan Nelsen’s road to the World Cup with Tony Smith is extremely topical given the imminent beginning of the largest sporting event in the world.

New Zealand birth certificates by Paul Moon is a fascinating little book which reproduces 50 of New Zealand’s founding documents such as Cook’s map, the national anthem and the South Pacific Nuclear Free Treaty.

Catalogue of New Zealand commemorative medals, 1941-2007, edited and typeset by Martin Purdy by Hamish McMaster, a must for all you numismatists out there.

The 42 Below story by Justin Troy with Geoff Ross tells the story of the vodka with small beginnings in Geoff Ross’s garage.

Tuhoe tales: the story of a motor ship saved from the scrapper by Colin Amodeo about the boat which currently conveys visitors up and down the river from Kaiapoi.

The Stade sisters’ families: comprising details of the descendant families of Hilda Henrietta Stade and Thelma Henrietta Stade. This is one example of many family histories that ANZC has on the shelves.

Recently I had the pleasure of helping the Nelson band Minuit with an image order from our library. Their request was a stunning portrait of Ngaio Marsh for their new music video titled “Aotearoa“. The video is filled with New Zealand images  (in their credits they thank “the awesome librarians at our national libraries and archives” for their help). With powerful imagery old and new they have managed to create a patchwork of New Zealand history and modern life. If New Zealand made it’s own home video, I imagine it would look something like this. The band informed me that they had 10,000 views in the first 5 days making it the #1 most viewed music clip in New Zealand that week. So, have a watch and keep supporting New Zealand music.