…and come and restez la with me in France’ – so the Bill Wyman song goes.

I love a good mixture of Franglish (or Spanglish for that matter).  Eventually, with examples of the above, combined with expressive mime, facial expressions and dexterous hand gestures you can get yourself understood.

My French teacher endured approximately seven years trying to teach me the basics of French conversation and grammar. His perseverance was rewarded when our whole family got lost in Caen at the beginning of our summer holidays ‘under canvas’ and, since I was the only one who had supposedly learned French, I had to locate our first night’s accommodation.

I had seen Maurice Chevalier, Alain Delon and Sacha Distel all speak fractured English on the TV and naively assumed that the majority of the French population could do likewise!!  Duh!!!

To my complete amazement I learned that every French person I accosted (in the street or even in their homes whilst having their family diner – I was desperate), with my pitiful ‘je suis perdu – où est le… hôtel??’, was met with a mixture of indifference or a rush of ‘gauche et droites’ which left me more confused than ever.

The same French teacher had also advised me that ‘gesticulating’ as a last resort might be the way to go. SO bearing this in mind, I bravely flagged down a passing police car and watched, horrified, when a Charles de Gaulle look-a-like stepped out of the Citroen with his hand resting gently on his holster and asked me (in French) what the problem was?  Well, for starters the gun was… Anyway, I managed to impart the necessary information and he quickly rose to the challenge. We were in our hotel 15 minutes later having witnessed said gendarme ‘tearing a strip off’ the hotel owner for turning the neon sign off that would have alerted us to the hotel at least 3 hours ago! 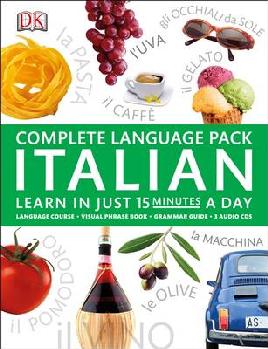 All library customers can avoid painful scenarios such as the above incident by utilizing, with the aid of their Library Card Number and password/pin, the eResource, Mango Languages.  There are 72 languages available (including American Sign Language). Clicking on the option ‘Building the Basics’ after choosing the language you wish to learn is a great way to start your linguistic adventures.

Of course, you can also:

British actor Brian Blessed is a force of nature. Everything about him is big, robust, and gung-ho. He’s a boys’ own adventure wrapped in facial hair.

His autobiography, Absolute Pandemonium, is everything you would expect from such a singular creature – full of ripping yarns, scrapes, scraps, and quite a lot of swearing. Oh yes, the language is quite colourful in places.

By any measure Blessed has had an extraordinary life. From humble beginnings in a mining town in South Yorkshire he’s had a career that has seen him steadily employed (when he wasn’t too busy climbing Mount Everest) for over 50 years. He’s appeared in everything from Blackadder and I, Claudius to Flash Gordon and Much Ado About Nothing. And he’s got a few stories to tell, some of which might actually be true.

To give you a bit of insight into what Absolute Pandemonium is like, I thought I’d share a few descriptions of famous people Blessed has met, loved and worked with over the years –

…he was about as animated as a curling stone, though seemed to move slightly slower.

He seemed to be about the size of a rhino. Absolutely enormous, he was, and smoking a cigar that looked more like a log.

She was effervescent, naughty and very, very beautiful.

‘Who the hell are you and wada-you-want-a?’

Tim’s an incredibly handsome man and looked just like Errol Flynn in the film. A bit of rough compared to me, of course, but he definitely has something.

And finally, on his own good self:

Now, if I ever had to choose one word to describe myself, in addition to virile, sensual, intriguing, dainty, elegant and of course sensitive, it would have to be tenacious.

Definitely recommended for fans of the man himself or the people he’s worked with to get the inside (though possibly exaggerated) story on what they were like – honestly the section on O’Toole is rivetting.

To be honest, towards the end I was a bit over all the anecdotes in which Blessed’s tremendous actorly insight saved the day but I’ll forgive him because if you can’t skite a bit on your own memoir, when can you? It’s also extremely funny and I was hooting with laughter within the first few pages so I can forgive Blessed a bit of ego stroking.

What are your thoughts on Mr Blessed? Delightfully madcap or too much like a foghorn for polite company? I suspect both…