At the 11th hour of the 11th day of November in 1918, the First World War – ‘The War to End All Wars’ – ended; this day is known as Armistice Day. The 11th of November 2018 marks the 100th anniversary of this day. 18,200 New Zealanders died and 41,300 were wounded. Let’s take this opportunity to remember the millions of people worldwide who lost their lives in the First World War, and remember how horrible this event was — in the hope that such large-scale war never happens again. 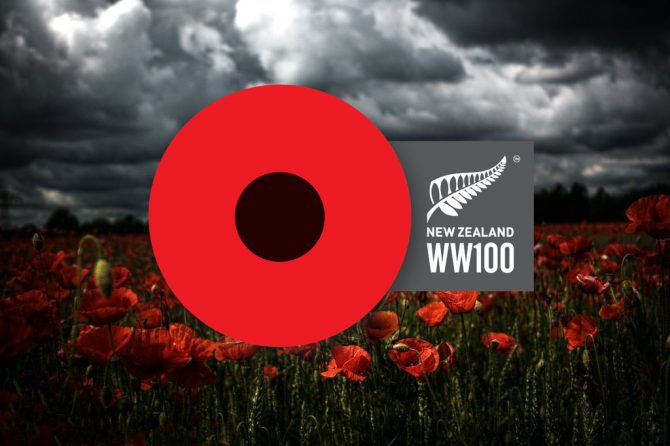 World War One was the first modern war that made use of modern advancements in technology and machinery. This led to wholesale destruction across greater Europe, Northern Africa, and areas of the Middle East that would sow the seeds for not only World War Two, but the years of conflict in various parts of the world to come. Working class people from all around the world were conscripted to fight in World War One, in what was almost certainly an invitation to go die on foreign soil for an empire.

In remembering the 100th anniversary of the end of The Great War, let’s remember the human cost of war, not just for the soldiers involved, but for entire communities, cities, and the generations that came after.

So at 11 a.m., on the 11th day, 11th month, let’s not glorify this tragedy, but remember the lives and generations lost to it.

Get involved with these events across Christchurch and Canterbury

At the Field of Remembrance in Cranmer Square, a field of white crosses marks the centenary of the Great War. 4389 crosses and one Star of David depict the heavy losses suffered by Canterbury families.

You can see a full list of events across the country at the WW100 Armistice Day events website.

Britannica
Online and interactive version of Encyclopædia Britannica. All branches of knowledge are covered in this resource aimed at older students and adults. You will require a library membership to access:

Armistice Day and the First World War resources for kids

Britannica Kids A great resource to help kids with homework and other school work.

Armistice Day is the last day of the Canterbury Museum exhibition Canterbury and World War One: Lives Lost, Lives Changed.

WW100 Infographic on World War 1
This is an interesting and easy to understand infographic that aims to prevent key information about WW1 in regards to its effect on New Zealand.