When I think of politics I think of well…Politics… Statements, speeches, dogma perhaps, deeply held beliefs, politicians! So I went along to The Politics of Fiction with probably the wrong idea. I should also come clean and admit that I haven’t read any of the three authors’ books. I feel like a bad bad blogger, but have paid penance by purchasing all three books at the end of the session.

The information about the session gave an indication of what the idea of politcal fiction means to the contributors.

Join Pip Adam, and Rajorshi Chakraborti, who both teach creative writing to people living in prisons, and Brannavan Gnanalingam to to discuss with Julie Hill the politics of writing fiction, and how it can become a tool to create empathy across divides.

Sounds good doesn’t it? As Rajorshi said, politics with a small ‘p’. So we call rule out anything about politicians then?

Julie Hill did a lovely job asking questions that suggested she had read these books in depth and done her research. (Ahem).The highlight for me, as it always is in these sessions, is when an author reads from their own book.  Why is this always so satisfying? Is it that the author knows their characters so well that they bring them to life, and gives them gravitas and personality that another reader can’t?

This was a session that wasn’t overly popular, perhaps the ‘p’ word put people off, and that is a shame because it was really interesting and a nice way to finish the day. For me fiction needs to be entertaining, to hold my attention. The characters need to be real and flawed beings, but if there is a message with a small ‘p’ then all the better

“Often my writing is a way to work out somthing i dont understand.”

“I write about what we dont see”

“Sita (a character in Sodden Downstream) listens to people. She listens and learns and breaks down barriers”

Find works by n our collection by:

I’m sure we all remember the cool kids at school and that sense of wanting to be part of that group.  Well when I go to a writers’ festivals I desperately want to be one of those cool kids, the ones who have the right words at the right times, who hang out together and talk about writery things (or so I imagine) , who have witty meaningful conversations…. All The Time, who are clever, funny and just love hanging out with each other, and maybe me?  The reality is I sit there like everyone else in my allocated seat, and sadly make no new best friends.

Such were my feeelings at Neu! Ōtautahi.  Clutching my plastic cup of wine I kept a steely gaze on The Poets who chatted happily in their front row seats, who clapped and cheered each other on, one big happy poetic family.  How I wished I could be one of them, but sadly not a poetic line has ever past through these fingertips, gosh I barely even read poetry, but when someone performs their poems for me I am smitten.

This was a great night’s entertainment – surprisingly funny, energising, and the time flew by. These are the cool kids on the block, poets no less. I want to be in their gang.

Standing ovation for all the poets/performers at the Neu! Ōtautahi! Incident! Incredible night. Sam Scott now singing is to the end. pic.twitter.com/VlJmmMvZ46

… Literature does its best to maintain that its concern is with the mind; that the body is a sheet of plain glass through which the soul looks straight and clear, and, save for one or two passions such as desire and greed, is null, and negligible and non-existent. On the contrary, the very opposite is true. All day, all night the body intervenes; …
(from “On being ill” by Virginia Woolf)

Charlotte Graham-McLay in the chair starts off The Body Issue with this most apt of quotes.

Each panellist did a reading or poem:

I have a PhD in whiteness.

In her every WORD appearance, Sonya has been a revelation. She was here too, asking so many deep questions:

What does body positivity mean if black bodies are indiscriminately killed?

She explained the immense frustration of people telling you are not experiencing what you are experiencing. Sonya paraphrased WORD author Rajorsh Chakraborti’s view of privilege:

The function of privilege exists in not having to look at anything other than your own existence.

Annaleese Jochems read from her novel Baby with touching of armpits, and bodies that are disasters. The book is all about neediness, she said.

Helen Heath read poems from her brilliant collection Are Friends electric?:  Anatomical Venus, Illuminated, and My Body as a leaky vessel, and Spilling out all over:

I ask if you would like a body.
You say, ‘No I’m beyond bodies now,
I’m ready to be fluid, spilling out all over.

Helen noted that AI is now moving towards intelligences with bodies, not brains in jars.

Tayi talked about how post-colonialism plays out in interpersonal relationships, and the sense as a Māori wahine of “colonial entitlement to your body”. Charlotte asked if young women talk to her about this stuff? “Hard out!” said Tayi:

Lots of wahine tell me that it matters.

Ray Shipley read a series of poems about X and their gender issues. Filling out forms, toilets with Ladies and Gents indicated by a Handbag and a Pipe and X had neither … and a kid that asks “Are you a boy or a girl?”. Coming to the answer “Yes”.  A journey.

Kirsten McDougall read an excerpt from her novel Tess. One of those encounters a woman has with men on the streets, who just want to say Hello …

What was ok? Not raped, not dead, the bar was pretty low.

Juno Dawson read from Gender Games, telling about an encounter at The Attitude Awards. The phenomenal scrutiny of transwomen’s bodies. Why don’t cisgender people have to talk on breakfast tv about their bodies? Identity has nothing to do with genitals. Juno’s birth certificate said boy, but is also said weight 6 pounds. Things change.

Women are objectified all the time … transwomen are no different. For all women, objectification is deadly.

Daisy is a local poet and performed her rugby league poem “Body Gospel”:

Your “fat girls” do not define us

and one on her traditional Malu tattoo piece “Laei”. She was astonishing, and held us in the palm of her hand, as she slapped her thighs, joyfully reclaiming her body as she was tattooed:

Other topics covered included safety in public, ‘ethical periods’, eating disorders, and the poem Notes for Critics by Tusiata Avia was name checked. The talk turned to the importance of compassion and kindness, learning emotional literacy and intelligence, and finding support in groups, collectives and networks.

Ray noted that people are finding their networks of love and support, but that can come at the expense of being heard. We need to listen to each other.

The Body Issue is a big one, and this was a diverse and fascinating walk in and around it:

Most of our answers are actually in our questions. (Sonya Renee Taylor)

See the speakers at other WORD sessions: 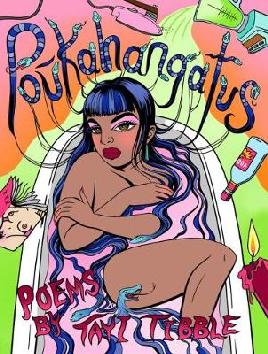 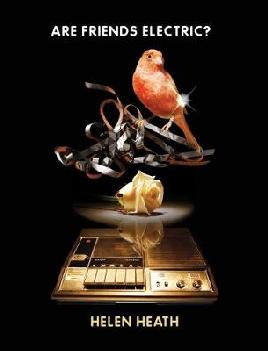 Friday night was Starry, Starry and then things took a turn. We headed off to Cafe 1851 in the newly opened Crowne Plaza for Bad Diaries Salon – a literary series created by Melbourne writer Jenny Ackland. This sold out sesh was co-curated by Jenny and the fabulous Wellington writer Tracy Farr, our MC.

I love the events in WORD Christchurch Festival that take you off piste a little, and it’s a joy that there are plenty of them. Adventurousness isn’t just about extreme sports.

Bad Diaries Salon at WORD was the first to take place outside of Oz. Local comedian/poet/librarian Ray Shipley, author of pony novels Stacy Gregg, AJ Finn – all the way from New York, and NZ blogger and writer Emily Writes were the brave souls who fronted up and shared …

But the first rule of Bad Diaries Salon is I can’t tell you a THING about what they shared. Suffice to say, I snort laughed myself silly. Bravo and Brava to the Salonistas – you were KA RAWE and TU MEKE. What I can share are some photos from the Bad Diaries Salon, and urge you to go to a Bad Diaries Salon if you ever get the chance.

What a night! Huge thanks to @HeyRayShipley, Stacy Gregg, @AJFinnBooks + Emily Writes for bringing the #RISK – from teen diaries + nested multigenerational diaries, to love letters, to a hard-boiled (baby) detective – to #BadDiariesSalon #wordchch pic.twitter.com/5huRzSNDZK

Bad Diaries Salon was established mid-2017 when Jenny Ackland pondered on Twitter – were there any writers who still had their teenage diaries? Would they front up and read from them, live?Turns out heaps of them were more than willing.

The Bad Diaries Salon format is the writers read stuff from their diaries or other unpublished juvenilia. Each BDS has its own theme.

Read more from Jenny Ackland on the origins of the Bad Diaries salon.

See the speakers at other WORD sessions: