Eating. It’s the most natural thing in the world yet it is becoming increasingly loaded with emotion and so-called science. This can leave the most sensible of us awash in recipes and diet plans.

To add to the dilemma of what to eat as adults, we are now increasingly concentrating on what to feed our children. Now in “my day” (yes I know that sounds dreadful but I can’t think of any other way to put it) we blended up a bit of pumpkin, threw in some cheese ( if we had any),  pureed apple or banana and that was that. Did this lead to lack of vitamins, macro-nutrients, poor eating habits and an addiction to sugar? I really don’t know… My children seem reasonably healthy, but with the addition of twins to our family I am aware that there is much discussion, and a certain amount of anxiety amongst new parents when faced with the endless opinions and debate around food.

So here are some new titles that will either help or hinder the feeding process! 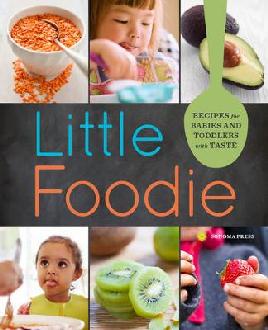 Little Foodie: recipes for babies and toddlers with taste

Michele Olivier describes herself as a complete control freak and I have to agree with her. The book emanates from a blog she created when feeding her daughter Ellie and is full of organic, fresh, tasty meals. She suggests all you “need is a couple of hours each month  and a passion to give your baby the best”.  Good luck with that. 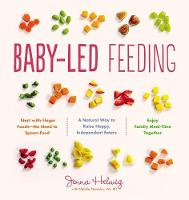 This book is very attractive with colour pictures accompanying  each recipe and plenty of interesting ideas for first food. I struggled a bit with the cost factor of strawberry and goat cheese spread, simple poached salmon (I can’t even afford this for the adults in my family let alone the children) and tomato fennel soup, but that aside there are some good ideas in here for all the family.

Baby Food Matters: what science says about how to give your child healthy eating habits for life

For those of you who are serious about this baby feeding business!  Packed full of ideas including the blindingly obvious “… don’t pressure him to eat past the point at which he feels full” or “limit unhealthy foods and snacks” to in-depth information and charts for average daily energy requirements in the first year of life, recommendations for the required amount of vitamin D, and how to cope with fussy eaters. There are no pretty pictures in this book! 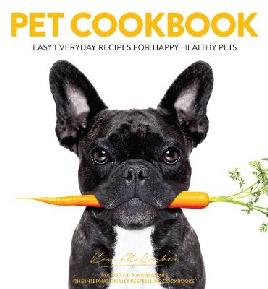 Now that we are educated on how to feed our children we can turn our attention to the family pet with the Pet Cookbook: Easy everyday recipes for happy healthy pets. Treat them to watermelon pupsicles, a tasty salmon log, pupcakes, chicken scramble (apparently chickens love this even though they are eating their own) and a super smoothy.  Heck, use these recipes yourself – they look great!

The marshmallows flew around the auditorium at Christchurch Boys’ High School when Andy Griffiths and Terry Denton came to visit. Brought to you by WORD Christchurch and Pan Macmillan Australia, this event was loud, full of ridiculousness, and an absolute delight for everyone in the audience – young and old alike.

In case you haven’t yet been introduced to them, Andy and Terry are the Aussie duo behind the ever-popular Treehouse and Just series, and this event was a chance for them to introduce their latest book, The 104-Storey Treehouse. I went along with McKenzie, who is age 9, and at the perfect age for this show. There was a moment of panic when we arrived and saw the massive queue of people snaking out the school gates, but with the sun shining and everyone in a fun mood, this was a perfect opportunity to relive some of our favourite treehouse stories, and to think about what we would have in our dream treehouse (A room full of drumkits? A giant trampoline? The opportunities are endless!) Inside, there was even a place to draw your own addition to Andy and Terry’s treehouse – and who knows? Maybe they’ll use your idea in the next book?!

This show was an hour of non-stop laughs, combining visual comedy, stand up, and interactive storytelling. Most importantly, the duo pitched it just right for the mix of kids and adults in the audience. We saw Terry’s malfunctioning money-maker spewing out banknotes, contributed to a ‘burp bank’ that Andy and Terry can use later when they need some burps, and enjoyed watching a parade of silly hats, modelled by volunteers from the audience. Needless to say, the bum hat was a firm audience favourite.

In a live action retelling of a pick-a-path story, we helped Andy and Terry create the story of a child who goes to the dentist and, in true Andy and Terry style, dies a number of horrible, gruesome deaths. The audience loved this! Miss 9 could barely contain herself, kneeling on her seat to see the actions better, shouting herself hoarse, and laughing uproariously from start to finish. Andy’s storytelling skills were superb, and Terry’s illustrations really brought the storytelling to life.

But you know what? Even that wasn’t the most popular bit! The show’s finale was all about marshmallows, and I think I can safely say that never has the Boys’ High auditorium seen as many pink and white marshmallows as it did in the final minutes of this show. Without going into details, I do not think there was anyone under the age of 15 who was still sitting in their seat at this point. The duo had everyone eating out of their hand, and – if my own experience was anything to go by – the entire audience had sore cheeks from laughing so hard.

This show was an absolute delight, and if the guys come back I highly recommend getting along to see them. Until then, check out some of their books that are available here at Christchurch City Libraries.

If you are looking for more fun, have a look at the family-friendly events coming up in the WORD Christchurch Festival 2018.

If you had told me a year ago that I would be rushing home from work to do some knitting, watch Doctor Who and read children’s comic books (not all at the same time) I don’t think I would have believed you. However, sometimes it’s really good to go back to old hobbies, re-watch something you haven’t seen for a while or explore a genre you know nothing about – and which isn’t going to show up in your “recommended for you” selections.

In our libraries we look after all sorts of books in all sorts of formats, and we need to be able to talk to you – our users – about them. A few years ago I was looking after adult fiction at a library, however I hadn’t read a lot of popular authors. So what I decided to do was to read a book by each of the most popular authors on our annual list. I can’t say that I found a new favourite author, but I certainly felt more confident about answering enquiries from fiction readers.

In a similar way, I always wanted to find out more about our graphic novel collections. They seemed pretty popular, but I didn’t really know where to start. One day I happened to spy a graphic novel called The Gigantic Beard that was Evil and I thought it sounded fun – and it was! And thoughtful, intelligent and different. I’m really glad I gave it a go.

After that initial foray, I didn’t explore much further – so many books, so little time! But then a chum with excellent taste was recommending the work of Neill Cameron. I investigated further and found a series of great children’s comics which are funny, feature a range of different characters, explore interesting topics like British mythology and the future of robotics – and which I can’t put down.

What books (etc) have your surprised yourself by liking?