The release of the WORD Christchurch festival programme always presents a challenge for this library blogger – how many events can I reasonably manage to go to over 5 days?

It’s a great problem to have, sure, but it still presents some logistical issues, and questions like “is it possible to overfill your brain?”

Still, I’ve done my best, poring through the 2018 programme. Below are my picks from this year’s festival (on 29 August – 2 September).

A fun-filled literary tour around the characterful spaces of New Regent Street and surrounds that you can pop in and out of according to your whim. Sessions on horror, sci-fi, erotica, poetry, comedy and much more, featuring emerging Christchurch writers and performers alongside well-established local, national and international talent. This is a free event and sounds like a lot of fun.

KĀ HURU MANU: My names are the treasured cloak which adorns the land (Friday, 31 August, 10am)

Ngāi Tahu have been working on creating a comprehensive map that details the place names, stories, and important places for the iwi for many years now and Kā Huru Manu is the result – an online, fully referenced, searchable place names map that anyone can use. This free session is a must for nerds of the local history/mapping/iwi history variety.

Lots of funny people in a room together is my idea of a good time. This session with have readings from Chris Tse, Megan Dunn, Annaleese Jochems, Erik Kennedy, and Ray Shipley. 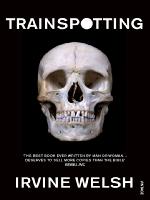 Trainspotting is one of those seminal works that it feels like there was a distinct “before” and “after” of. To hear its author Irvine Welsh speak on this and his other literary outings is a rare treat. He will be “in conversation” with New Zealand author, Paula Morris.

The Gala Showcase is always a great night out. It’s sort of a taster for the rest of the festival and this year will feature Robin Robertson, Hollie McNish, Sonya Renee Taylor, Rajorshi Chakraborti, Philip Hoare, Yaba Badoe and Joseph Hullen. John Campbell is in charge of making everyone feel welcome by lavishing compliments and being puppyishly excitable.

I was recently looking through a box of photos and came across one of my old diaries. Curious, I read one sentence on one page and then flung it back into the box hoping to distance myself as much as possible from the horror within. But other people’s diary entries? That’s a whole other thing. Getting authors to read from their diaries is a stroke of genius and something I will very much turn up for even though this time slot is past my bedtime.

The researchers at Ngāi Tahu have been producing some outstanding biographical books, Tāngata Ngāi Tahu being one of them. There’s a lot of history than can be revealed in the stories of individuals, He Rau Mahara: to Remember the Journey of Our Ngai Tahu Soldiers being another great example of this. With so many stories that could be told, I’m curious to know how they choose who to focus on – so maybe I’ll find out at this free session.

Writers Paula Morris, Steve Braunias, Megan Dunn and Irvine Welsh share stories of public shame, hosted by Robin Robertson. There’s a vein of confessional sessions running through this festival and this is just one of them. I want to go to ALL of them (see more below).

Christchurch-born journalist, playwright, and actor Victor Rodger interrogates a selection of festival guests about taboo subjects. I’m imagining it as a no-holds barred chat show (Graham Norton but more rude?!) It’s in The Gym at The Arts Centre and it’s free! 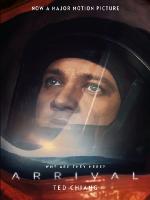 The poignant, thoughtful sci-fi movie Arrival was my favourite film of 2016, so it’s pretty exciting to have science fiction writer Ted Chiang who wrote the short story the film was based on at the festival. If I could only go to one thing this would probably be it.

Part pop culture quiz game, part nerd-fest, all podcast, The Nerd Degree is always a good time. Their last outing at the 2016 festival which featured Caitlin Doughty and Alok Jha was no exception. (Full disclosure: I am a regular panelist on this show so I am slightly biased towards loving it but that doesn’t make me wrong)

A Cabinet of Curiosities: Tiny lectures on the weird and wonderful (Friday 31 August,
Saturday 1 September, Sunday 2 September – sessions at 4pm and 4,40pm)

This one’s a bit different and something like a literary festival lucky dip – seven writers, seven disparate topics. You won’t find out which writer or esoteric 20 minute lecture you’re going to get until you turn up… but there’s a gin cocktail included in the price of the ticket (the venue is The Last Word whisky bar) so either way it should make for a refreshing break between sessions.

This list may not be strictly achievable but it’s just so hard to choose! What’s on your WORD wishlist?