On Tuesday 31 July at Parklands Library and Fendalton Library (and a bit earlier on Friday 13 July at Shirley Library) Christchurch City Libraries will be celebrating Harry Potter Day. This is a day to recognise our enjoyment of J.K. Rowling’s literary creation Harry Potter, fittingly on his birthday. Lovable, bespectacled Harry and his friends stormed into our collective minds over two decades ago. Hard to believe!

You are invited to come along to our family friendly Harry Potter Day events. See our calendar for dates and times. Personally, I don’t think I want to get too close to Dobby’s lost sock…but there will also be a storytimes, potions class and wand-making craft along with other marvellous activities.

What was Harry up to on the 31st of July? Well:

Every HP fan has the books proudly lined up on their bookcase. My copies of The Philosopher’s Stone, Chamber of Secrets and Prisoner of Azkaban are hard-backed, beautifully illustrated by Jim Kay and reside in a shelf all of their own. I have given husband a strict Christmas/birthday present list covering the next three years. This will take care of the remaining volumes. 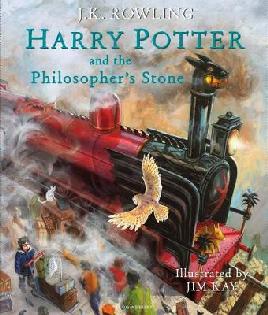 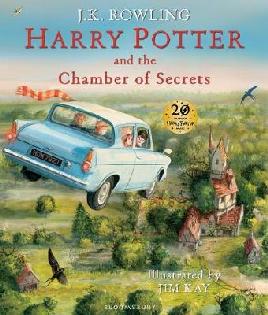 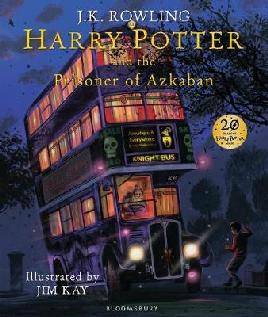 You will find the complete Harry Potter series on our catalogue. Read; watch; listen or download Harry.

I first discovered that I love reading fantasy when I picked up The Lord of the Rings as an almost teenager. As I broadened my fantasy horizons, I eventually ceased to read anything else, and wondered what it was that drew me in. When I would read these books or watch the films it was as though I was dead to the outside world. I was so entranced, and remained so long after I’d put down the book. They left me spellbound and strangely nostalgic, for something I couldn’t grasp.

I think it must be pure escapism. I like to dwell on the element of setting when I am reading – having no qualms about toiling through pages upon pages of lavish, descriptive world building – the foundations of any fantasy tome. Themes and values which underpin fantasy also captivate me: the pull between good and evil: and values such as friendship, loyalty, perseverance or fighting and suffering for something greater than yourself. These things are nice to believe in – and being packaged in such a pleasing way with none of the bothers or constraints of reality – of course I would be drawn in like so many others.

Reading a good fantasy novel always ends with me underlining compelling passages every few pages (not on any library copy, of course). I do love quotes. Here is an excellent Harry Potter passage which always makes me chuckle:

“Non-magic people (more commonly known as Muggles) were particularly afraid of magic in medieval times, but not very good at recognizing it. On the rare occasion that they did catch a real witch or wizard, burning had no effect whatsoever. The witch or wizard would perform a basic Flame Freezing Charm and then pretend to shriek with pain while enjoying a gentle, tickling sensation. Indeed, Wendelin the Weird enjoyed being burned so much that she allowed herself to be caught no less than forty seven times in various disguises.”

Wendelin the Weird sounded like a bit of a fetishist.

So I hope you have read Harry Potter. If not, shame on you. Join the library it’s free and you can borrow Harry. If you have and are wondering “what can I read next, that is Harry Potter, but at the same time not?”, then we subscribe to some fantastic eResources. Our reading advisory eResources – Novelist Plus, Novelist K8 (Novelist Plus for kids) and Books & Authors are designed for librarians and library patrons to assist with finding your next read. They will help you ferret out exactly what you liked about a book, and recommend material based on this input.

Of course, you could always turn to the walking reading advisory resource – your local librarian.

To conclude, here is a short list of fantasy reads I believe anyone interested in the genre should tick off. In no particular order: