We’re over half way into 2018 now and there’s been some stellar reads so far in the crime genre.

The standout for me has been Jo Nesbo’s Macbeth – a gritty, dark, and violent retelling of the great Shakespeare tale of greed and corruption. Nesbo fairly nailed it with his retelling too, in my own opinion…

But what else can we be excited about, and what more do we have to look forward to for the rest of 2018? Let me tell you what we have in store from the ‘big three’!

Firstly, there’s the new one from Frederick Forsyth called The Fox where a teenage boy becomes the world’s deadliest and most sought after weapon! Due in shops on September 17 and at the library shortly afterward.

Next there’s Number 13 in the Oregon Files; ‘Shadow Tyrants’ from Clive Cussler (& Boyd Morrison) – the crew of the Oregon are set to diffuse a situation between two warring factions over some ancient and very dangerous knowledge! Release date of September 17 for this one also…

And lastly we have the newest from the juggernaut of crime action fiction; James Patterson with ‘Target: Alex Cross’. The next installment sees Alex getting deeper and deeper into the assassination of the President, his wife is involved, and he’s having premonitions. Alex is given free rein at the FBI to hunt and chase the shooter…. Due out in bookshops on November 19 and we won’t be far behind!

So there’s a few to get excited about. I’m not certain they’ll live up to this year’s lofty standard set by Nesbo, but they’ll be good nonetheless!

I am the only being whose doom
No tongue would ask, no eye would mourn;
I never caused a thought of gloom,
A smile of joy, since I was born.

Oh Emily Brontë – how wrong you are! I don’t know if this poem of yours is autobiographical or not, but you really have caused many smiles of joy and thoughts of gloom, and all sorts of other feelings, since you were born 200 years ago on 30 July 1818 in West Yorkshire.

Think how many people have swooned over Heathcliff – surely the ultimate Byronic hero – and been captivated by the passion and strangeness of Wuthering Heights, Emily’s only published novel. It is in many ways a brutal and nasty book, considered shocking when it was first published in 1847, but has stood the test of time to be considered one of the greatest novels in the English language.

Emily is also known for her intense, intellectual poetry, although reading ‘I am the only being whose doom‘ has made feel a tad bit gloomy. In her isolated, seemingly lonely life, did she really feel that she had to keep her emotions under control because they were corrupting her? Or has she created a narrator to explore her thoughts around emotions and the need to be loved? We’ll never know, for Emily Brontë is so very elusive, perhaps the most mysterious of her incredible family.

She is also a canvas on which other authors have speculated – both about her life and about some of the gaps in Wuthering Heights.

I don’t really know how comfortable Emily would be with all this continued attention, but I hope she knows that she’s appreciated the world over. We’ll certainly be remembering her on her birthday and her wonderful way with words. I’ll leave you with this quote I love from Chapter 9 of Wuthering Heights:

I’ve dreamt in my life dreams that have stayed with me ever after, and changed my ideas: they’ve gone through and through me, like wine through water, and altered the colour of my mind.

Do you have any favourite Emily Brontë poems or quotes or Heathcliffs?

“Matuku Takotako is the centre of the community, and local residents have made it very clear that they want seven-day access – especially those who work and go to school outside the area during the week,” Christchurch City Council Head of Libraries and Information Carolyn Robertson says.

Painted Stories invites you to celebrate the New Zealand Book Awards for Children and Young Adults by attending their annual Best Picks evening at Fendalton Library, Wednesday 8 August, 7pm. There is no charge for attending and members of the public are welcome.

A panel including Sophie O’Rourke, Desna Wallace, Saskia Hill, and Trevor Agnew will discuss the nominations.

See our full list of finalists – and #ReadNZ at its best. 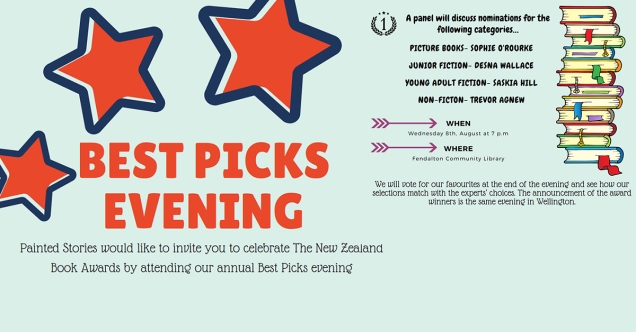 WORD Christchurch is back for 2018 and once again we have a programme chock full of amazing opportunities to revel in the goodness of the creative use of words.

Perhaps the biggest for me is the conversation with Irvine Welsh on Friday 31 August at the Isaac Theatre Royal (6pm-7pm). Welsh debuted in 1993 with the now-modern-classic Trainspotting, the story of a group of heroin users negotiating life in Leith, Scotland in the early 1990s.

He’s revisited these characters often with his 2016 book The Blade Artist focusing on Francis Begbie and his new life as a contemporary artist in California – a great read! And his new book, Dead Men’s Trousers, brings the whole crew back together in a more substantial way. There’s betrayal and payback, drug use and abuse, and of course a high level of coarse language and violence.

And with mixed feelings I realise that there’s some events in Dead Men’s Trousers too that, without giving any spoilers, makes me think that this might be the last we’ll see of these characters. There’s some loose ends tied off and some revelations about the future for some of them, and if it is to be the last then it’s a great way to send them off – here’s hoping that they will come back as ageing and maladjusted senior citizens at some point though, that’d be a hoot!

It will be great to hear Irvine Welsh’s take on the happenings of Britain recently; he has strong opinions and regularly shares them through his twitter account @IrvineWelsh

Let’s take a walk on the cinematic side! Here are the movie-related books from this year’s Christchurch leg of the New Zealand International Film Festival (it’s on from Thursday 2 August to Sunday 19 August):

Based on the short story ‘Border’ from his anthology Let the Old Dreams Die by Let the Right One In author John Ajvide Lindqvist, this genre-defying supernatural romantic thriller draws us into the mysterious life of a gifted outsider.

A love triangle and mystery based on a Haruki Murakami short story ‘Barn burning’ in the book The Elephant Vanishes.

Set inside the conservative community of Orthodox Judaism, Sebastián Lelio’s graceful adaptation of Naomi Alderman’s novel Disobedience is a probing look at the illusion of freedom in both religious and secular life.

Rose Byrne, Ethan Hawke and Chris O’Dowd are perfectly cast in this romcom, based on Nick Hornby’s novel Juliet, Naked about an indie rock obsession that leads to romance.

A profoundly moving account of life on the margins of America, based on Lean on Pete by Willy Vlautin.

New Zealand actress Thomasin Harcourt McKenzie is mesmerising as 13-year-old Tom living off the grid with her war vet father. Based on the novel My Abandonment by Peter Rock.

Chloë Grace Moretz delivers a heartbreaking and nuanced performance as a queer teen shipped off to a gay conversion camp in Desiree Akhavan’s touching drama based on the novel The Miseducation of Cameron Post by Emily M. Danforth.

You were never really here

A startling, nerve-shredding thriller about a brutal hitman contracted to save an abducted teen. Based on the novel You were never really here by Jonathan Ames. 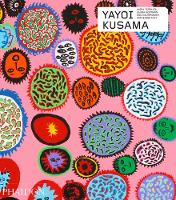 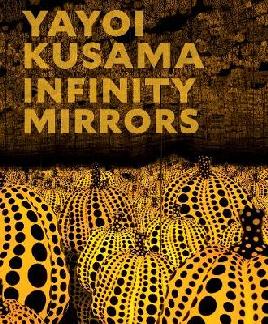 Find books and resources about actress and inventor Hedy Lamarr

If I leave here tomorrow: A film about Lynyrd Skynyrd

Music by – and books about – the band Lynyrd Skynyrd.

Books about the artist Yayoi Kusama.

Books about actor Ian McKellen, and movies that star him, and more.

Merata: How Mum decolonised the screen

Books and films by – and about – New Zealand filmmaker Merata Mita.

Books about Associate Justice of the Supreme Court of the United States Ruth Bader Ginsburg.

Books about – and by – fashion designer Vivienne Westwood.

Visit our page about film for movie resources and information.

This holiday programme wasn’t a relaxed, laid back affair – this one really had children thinking. The challenge was to create an Eco-House using Minecraft.

We discussed the impact their house would have on the environment. This made the students think of the types of materials needed and how they could reduce the impact by utilizing their surroundings. Great discussions occurred, with the benefits of different materials and styles of buildings.

Many explored solar and wind power to create energy efficient houses. Others investigated the movement of water to create power.

One student harnessed the use of light sensors to store energy to allow his crops to still grow at night. Another created a wind turbine to light his house.

But the most interesting creation was an Eco Friendly Chicken House using a chickhouse nuclear reactor! See his amazing creation:

You are welcome to come and view the free exhibition Mokaa – The land of opportunity: 125 years of Indians in Aotearoa:

This exhibition highlights the history of Indians in New Zealand.

It includes true stories with over 100 compelling and rarely seen photographs of New Zealand Indian settlement – from the first Indian presence, to pioneering settlers, to established communities in New Zealand.

It has taken me a full seven days to sufficiently cogitate and ponder the wonders of this year’s WORD Christchurch Festival and come up with some definitive highlights. This glacially slow digestion is both testament to the breadth, depth and range of the festival content and the sluggishness of my overwhelmed brain. But isn’t it nice to be spoiled by literary choice? Explore the full programme and spin out!

The overarching awesomeness of this year’s festival is the tartan tint to everything. Programme Director Rachael King is bringing a wee slice of literary Scotland to our far flung shores (gallus move lassie!) with the likes of:

With several gritty but character-rich mystery series under her belt Denise Mina‘s latest novel draws on a real-life crime from 1950s Glasgow. She is, I have it on good authority, a witty and engaging speaker and will appear at The Great WORD Debate, Whisky Galore! and at her own Masterclass event. She also brings a very impressive hairdo.

His Diary of a Bookseller has been, for me, a slightly surprising hit here at Christchurch City Libraries. Who knew there was so much interest in flogging dusty tomes? I’ve just started reading it and I’m already seeing library parallels, lots of eccentric people buy and borrow books. Hurrah. Shaun is also appearing at Whisky Galore! At a session called For Book Collectors Old and New, and in conversation with Brian Phillips at The Diary of a Bookseller. Shaun is from Wigtown and also has epic hair.

I don’t normally have much truck with poetry (yes, I am a philistine) but Robin Robertson’s session Mortification sounds like my bag. Here a mixed cast of Kiwi and Scots authors will share their true tales of hideous embarrassment. It promises strong language and requires a stiff drink. He’ll also appear at Starry, Starry Night, Whisky Galore! and The Long Take. His hair game is average but as he just got longlisted for The Man Booker Prize I’m sure he has bigger aspirations and he still has more wig than Irvine Welsh!

Apart from all the Scottish loveliness, I’m also looking forward to: