The biggest sporting event on the planet is here: the FIFA World Cup. The 31 best teams in the world and Australia will all be meeting in the heat of the Russian summer to try and claim their status as world champions. There will be scandal, drama, excitement, passion, and given that the tournament is being played in Russia, probably hooliganism. So let’s have a look an all too brief look at this event that unites the world, albeit for the briefest of moments..

Get the lowdown on the 🇷🇺Russia 🆚 Saudi Arabia🇸🇦, including expert analysis from our Team Reporters

The World Cup is an event fill with drama. Iconic images that define tournaments. Nations rising a falling with their teams. Think the image of David Luiz’s in tears following Brazil’s humiliating semi-final defeat to Germany in 2014. Andres Iniesta ripping his shirt off to reveal the message “Dani Jarque siempre con nosotros” (Dani Jarque always with us) in honour of his dead friend and former teammate as he scored Spain’s winning goal in 2010. Zinedine Zidane’s head meeting Materazzi’s chest as France’s hopes and dreams disappear into a moment of madness in 2006. Ronaldo Luís Nazário de Lima in 2002. Zidane for the right reasons in 1998. The list goes on, and everyone will have different memories and experiences of the World Cup; such is the beauty of this truly global event.

Let’s start with a fairy-tale from the land of fairies, Bjork, Arnaldur Indriðason’s particular brand of dark, atmospheric crime fiction, a land that has a population less than greater Christchurch, the smallest nation ever to be represented at the World Cup finals; I am of course talking about Iceland. This team that is greater than the sum of its parts won hearts and imaginations as it reached the Quarter Finals of the 2016 European Championship (and comically knocked England out of the tournament and produced the greatest piece of sports commentary of all time). Neutral observers will be watching in hope that they can repeat this feat in Russia, if for no other reason, so their amazing fans get stay at the tournament for as long as possible.

From fairy-tales to favourites: Germany and Brazil. The nations with the greatest footballing pedigrees. Germany, eight time finalists, four time winners; the most consistent team in World Cups. Brazil, seven time finalists, five time winners; the crown jewel of the footballing world. However, these two monoliths of international football contrast in their respective styles.

Brazil is emblematic of the world’s passion for football. Not always the best team, but almost always has some of the best players in the world; this team is no different with the likes of Neymar being present. Brazil are typified by their flair, individual talent, and their “samba” style of football. However, this present Brazilian team cannot be classified within that vintage of Brazilian football as it has a larger emphasis on organisation and discipline; expect midfield ball winner Casemiro to be pivotal to a Brazilian success.

Defending champions Germany are the world’s best team in terms of being a team. There are no obvious weak points in the starting 11, however, there are also no exceptionally standout players. With this said, expect Casemiro’s Real Madrid teammate in Toni Kroos to be controlling the flow of games from midfield with his vision and range of passing. What separates Germany out from the rest is the organisation and discipline, which is currently being set out by manager Joachim Löw, that lead Germany to success in 2014.
Given that Germany and Brazil are on opposite sides of the draw, I will not at all be surprised to see a Germany vs. Brazil final.

But we must not get too caught up in the fairy-tale and the favourites and remember this is a global event. Aotearoa New Zealand’s nearest neighbour, Australia, will be there attempting to draw on their efforts of 2006. Asian footballing giants in Japan and South Korea will be looking to impress upon the world the quality of football in Asia. Iran and Saudi Arabia will be representing the Middle East on the global stage. Egypt, Senegal, Morocco, Nigeria, and Tunisia will be trying to prove that Pelé‘s prediction of an African team becoming World Champions by the year 2000 wasn’t too far off.

Argentina will be looking for a redemption following falling at the last hurdle in 2014 as Lionel Messi seeks to cement his status as one of the greatest ever by holding the World Cup aloft. Peru will be wanting to rightfully reclaim their status as South America’s other top team after a 20 year hiatus from football’s main event. Uruguay will be looking for their first world cup after 68 years without. Colombia will look to develop themselves as one of South America’s top teams and become the 4th team from that continent to lift the trophy (The current three being Brazil, Argentina, and Uruguay).

England will be look to lay to rest a thousand demons as they try to reclaim the glory of 1966. Spain will be looking to reclaim their crown as the world’s best team. France will be looking to end two decades of misery. Belgium, Croatia, Sweden, Denmark, Poland, Switzerland, Serbia, and Ronaldo‘s Portugal off the back of their 2016 European success will be want to prove that they belong among Europe’s elite. Panama, Mexico, and Costa Rica will be out to show that they truly belong on the world stage. And Russia, oh Russia. Russia will be playing under the watchful eye of the world, the heavy gaze of a certain president whose eyes never seem very far away, and under the weight of expectation of a home crowd that will be expectant of some level of Russian success.

The four year wait is over for football fans, and the world’s only truly global sport’s grand exhibition is here as over 3 billion people worldwide will turn their attention to Russia and await for the drama to unfold.

Find football resources in our collection PS We have an eSports tournament on in July, and one of the games being played is a FIFA one.

Volunteering is a rewarding way to make a difference in your community. Here is some information from Volunteering New Zealand on National Volunteer Week 2018.

This year’s theme is:

Volunteers – The Heart of the Community

National Volunteer Week (NVW) 2018 will be held from 17 to 23 June. It celebrates the 1.2 million New Zealanders who volunteer their time and skills to our communities every year.

Volunteering Canterbury
Supports and promotes the work of volunteers and voluntary organisations. Search volunteering opportunities and register online.
Student Volunteer Army
SVA was set up following the quakes of 2010 and 2011. Its focus is on encouraging young people to volunteer.
Gap Filler
Gap Filler creates activities in the vacant sites of our city and welcomes volunteers.
Places to volunteer
Search the libraries’ CINCH database for information about volunteering and voluntary organisations.

The international Red Cross and Red Crescent Movement is the world’s largest humanitarian movement. New Zealand Red Cross has a team of over 20,000 volunteers. Volunteer for Red Cross New Zealand.

Volunteer Service Abroad sends Kiwis to aid projects in different parts of the world. They offer long-term, short-term and youth volunteering opportunities in countries within the Pacific, Asia and Africa.

Volunteer on organic farms with people who are looking for volunteer help. In return for volunteer help, WWOOF (Willing Workers on Organic Farms) hosts offer food, accommodation and opportunities to learn about organic lifestyles. Wwoof.org has a directory of WWOOF networks in different countries. 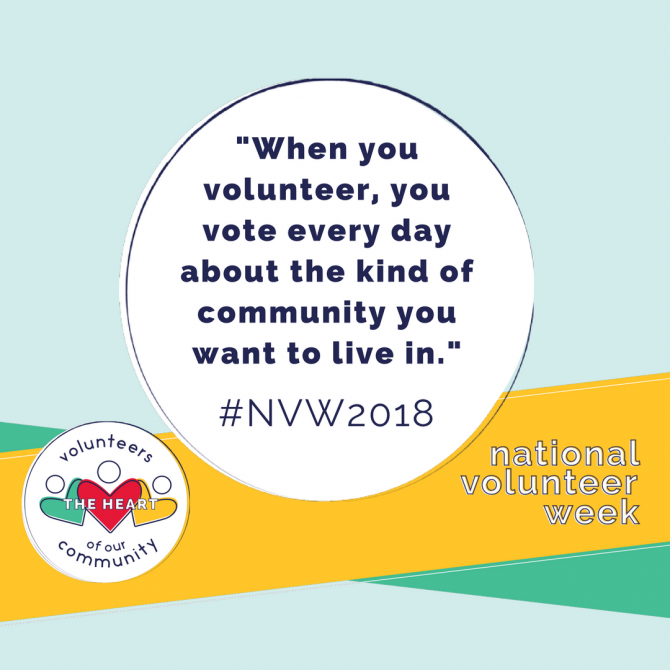