Before 1885 there possibly would have been only a few people in New Zealand who had ever heard of the Panjdeh region in what is now Turkmenistan. To the British, it was considered a region of Afghanistan. The Russians, however, believed that the region was a tributary of Merv, a city that was part of the Khanate of Khiva, which had been a protectorate of the Russian Empire since 1873. For the British in India, the steady creep of the Russian Empire towards the north western borders of the Raj was a constant concern. Therefore, when Russian forces under General Alexander Komarov captured the Panjdeh region on 30 March 1885, it was expected that war between the two empires would immediately follow. Across the British Empire, all naval vessels were ordered to standby ready for deployment and the movement of all Russian military ships was closely monitored.

Lyttelton was ready to play its part in the defence of the empire with Torpedo Boat No. 168, Defender.

The fear that New Zealand lay within the reach of Russian warships was made all too visible when, in 1881, the Russian war ship, Afrika visited Auckland. To defend its ports, New Zealand began to construct a series of costal fortifications. To accompany these fortifications, four torpedo boats were ordered.

Defender was one of four 2nd class Thornycroft Spar Torpedo Boats that were built in 1883 in Chiswick, London, by shipbuilding firm, John I. Thornycroft & Co. Powered by steam, and reaching 63 feet in length, each boat was armed with a McEvoy spar torpedo. Unlike the use of propelled torpedoes, which could be launched from a distance, spar torpedoes had to be driven into the side of the target. To provide cover as the boat moved to attack, a Nordenfeldt machine gun was situated on top of the conning tower.

After being tested, the boats were shipped to New Zealand, with the first two arriving aboard the Lyttelton in Port Chalmers on 9 May 1884. Assigned to Lyttelton, Defender arrived at the port in December 1884. The remaining boats were deployed to their new destinations. Taiaroa went to Port Chalmers, Waitemata to Devonport, and Poneke to Wellington. Following its arrival in Lyttelton, Defender was moored off Gladstone Pier where it remained under the authority of Captain Hugh McLellan, Harbour Master and Captain of the Naval Brigade. Ten men were chosen by McLellan to serve on the torpedo boat, assisted by five members of the Armed Constabulary. However, only five at a time would be on permanent duty.

The Defender of Baker’s Bay

In 1885 it was decided to house Defender at Baker’s Bay (now called Magazine Bay) where a magazine building had previously been constructed in 1874 by the then Provincial Government to house black powder and explosives. A torpedo boat shed, large enough to house three boats, and a slip, was constructed. However, the location and design of the slip were criticised, as the boat could not be launched during a high tide or during swells. This was lampooned in an article in the Lyttelton Times with the suggestion that a placard be painted on Godley Head with the following: “To Russians and all others whom it may concern. Hostile parties wishing to shell the Port of Lyttelton are requested to time their visit for fine weather, otherwise they cannot be fittingly received by the local authorities.”

Because Defender was only tested once every three months, and without a full time engineer to oversee its maintenance, its engines soon rusted. In March 1886 Rear-Admiral Robert A.E. Scott visited Lyttelton to observe a display of the boat’s performance. Unfortunately, due to the condition of its engines, the boat was only able to reach a speed of 12 knots. Later that year the boat was equipped with Whitehead mobile torpedoes.

The predicted war with the Russian Empire never came. Since the ruler of Afghanistan, Emir Abdur Rahman Khan, remained unconcerned by the Russian occupation of Panjdeh, the British in India had no excuse to send military forces to the Russian-Afghan border on his behalf. When the threat of a Russian invasion passed, Defender remained idle. Although in 1888 it was suggested, in a report to the Government by General Shaw, that the boat be transferred to Wellington, she remained on inactive duty in Lyttelton.

In 1899 Defender was decommissioned and sold to Mark Thomas, a steam launch operator. He salvaged the boat’s vital parts before disposing of the hull on Purau Beach. It is believed that the conning tower eventually ended up in a paddock where it was used as trough. In 1909 the Mount Herbert County Council hired Alex Rhind and Co. to haul the remains of the boat further up the beach, a process which resulted in the hull breaking in half. The remains were still visible when artist Jess Hollobon painted a scene of Purau Beach in 1930. They were finally covered over in 1958.

In 1998 David Bundy was tasked by Project Port Lyttelton to locate and excavate the remains of Defender. Referring to an aerial photograph taken in 1958 of Purau beach, he was assisted by a team of soldiers using metal detectors. Eventually the remains were found, with some sections buried at a depth of 30 metres. After being excavated, the remains were taken to Lyttelton where they were restored. In 2003 the Lyttelton Torpedo Boat Museum Charitable Trust opened the Thornycroft Torpedo Boat Museum in the former magazine house and placed the restored remains, complete with a spar torpedo, on display. Today, the remains of Torpedo Boat No. 168, Defender are a reminder that colonial New Zealand, although located in the lower Pacific, was not immune from the effects of Russian and British expansion into the khanates of Central Asia.

Valentine’s Day comes around each February 14 and, depending on your penchant for romance, you’ll either be looking for that special someone or you’ve already found them and, in order to hang on to them, you’ll be showering them with flowers, chocolates and presenting them with a suitably gushing card.

But the origins of Valentine’s Day are somewhat less lovey-dovey and a good deal more violent. Saint Valentine, for whom the day is named, was imprisoned by the ancient Romans for performing weddings for soldiers, who were forbidden to marry, and for ministering to Christians who at that time were being persecuted by the Roman Emperor. Legend has it that, during his imprisonment, Valentine, who was made a saint after his Christian martyrdom, performed a miracle by restoring the sight of a blind woman whose father had sentenced Valentine to prison.

So things were not too romantic for Valentine, but before he was executed he wrote the formerly blind woman a letter and signed  it “Your Valentine”. So this was the prototype, presumably, for the Valentine card that Hallmark gets rich on every year.

So, by all means, read, listen or view something appropriate from our collection.

What could be more romantic than Titanic,  the story of “two people from different worlds meet and fall in love on the brief, tragic maiden voyage of the grand ocean liner Titanic.”

But, if you are after a more visceral take on Valentine’s Day, you could recapture the spirit of the notorious Saint Valentine’s Day Massacre in 1929 Prohibition-era Chicago when Al Capone’s gang murdered seven members of rival George “Bugs” Moran.

At first I wondered how far a story from the point of view of a swearing cockney dog could go.

At least across post-apocalyptic London.

The Last Dog on Earth is told mostly from the point of view of Lineker the dog, but alternates between him and the journal of his cripplingly shy owner, Reginald Hardy.

I have to say of the two, Lineker is the most interesting. Once he got inside my head, I couldn’t stop imagining what it would be like to think like a dog:

“I’m skittering and sliding, halfway across the floor before I even know I’ve left my bed. And he’s rubbing his hairy face and scratching that huge arse of his, releasing that heavenly aroma of salt, peat and tripe that’s all for me and before he knows what’s happening I’m in the air and bouncing at him – bounce, bounce, bounce until he gets down and gives me a scratch…face-to-face so I get the sweet fog of his breath, a rich soup of saliva and half-digested food that’s been marinating beautifully for the last eight hours. And it’s too much, I just have to lick him…” (p.3)

The clever way that Adrian J. Walker describes a dog’s consciousness had me believing it.

Did you know that dogs can smell history? That explains why they take so long at lampposts.

That’s not all. Lineker reckons he can smell your dreams, too; memories; “the bone-bag abandoned on the moor,” and fear. Fear smells like voles.

Squirrels? Oil and eggs, of course. And spices – “like ants exploding up my nose” (p.4).

The good people of London have been betrayed by their affiliations on social media. The tension builds as Reg and Lineker attempt to take a little girl to safety, crossing the lines of two factions fighting for control and discovering a group of resistors.

But first, Reg has to get up the gumption to leave his secure little nest. And his fear of people touching him.

Walker uses a bird motif to great effect through the story. Poetic, this links events and is a vehicle for Lineker’s longing to escape the confines of regularity to explore the wildness of life.

Filled with “good bits” and “bad bits” poignant and pondering between small bouts of brutality, The Last Dog on Earth is also laugh out loud funny.

The Dog muses on the human condition since wolves came down from the hills to join the human’s campfires; his adoration for his master, and food, among other things:

“I stand on the brink of this new world of breakfast, trembling like a pilgrim father in the waters of Cape Cod. And then it comes and the smell smashes into me…my bowl’s on the floor and I’m in it, chomping it, inhaling it. By the time it’s done, I can barely remember who I am or what it was I just ate…”

Walker played with my expectations at the end, delivering a twisted conclusion. I could have (almost) killed him.

Happy Year of the Dog! 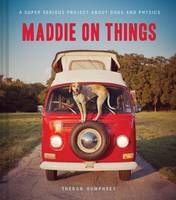