We think everyone in the world should get to read and write. Every year, on World Read Aloud Day, people all around the globe read aloud together and share stories to advocate for literacy as a human right that belongs to all people. 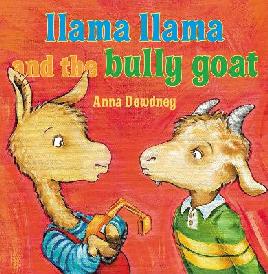 When I was in primary school, “Library Day” was one of my favorite days. Every second Friday, the book-bus pulled up outside our school and we  chose a book each. Later that day, we would visit my grandmother and her sister. One of them would gather up the five of us and read our books to us. I loved it, especially if a hard book had been chosen and it had to be read to us. Even when we were old enough to read the library books by ourselves, being read to was enjoyed by all.  The Just so stories and The Arabian nights were popular reads in my grandmother’s house and they eventually became a bit shabby. Reading aloud continued until our grandmother and our elderly aunt could no longer see well enough to read. Then it became our turn to read to them.

When was the last time you read aloud? Was it when your child was little? Was it before they stated to read? Have read to an older child or an adult?

I have read to an older child and we enjoyed it. We were able to share stories and talk about the themes and issues raised by the authors. We were able to share stories that the child didn’t have the literary skills to read alone.  It was a time to chat, share and discuss anything and everything. The result was, the child was exposed to stories, words and ideas that they would not have had exposure to if they had just read the stories that everyone was reading.

always thought that reading aloud was a good idea. According to Melbourne Institute of Applied Economic and Social Research, reading aloud to a child, puts them almost a year ahead of children who do not receive daily reading alouds. Reading aloud obviously improves literacy and everyone in the world should get to read and write. Every year, on World Read Aloud Day, people all around the globe read aloud together and share stories to advocate for literacy as a human right that belongs to all people. Here’s why that’s important:

According to UNESCO, 258 million adults – two thirds of them women – lack basic literacy skills. Among the youth population, female literacy rates have risen quickly, but still three fifths of the illiterate are women. A child who is born to a literate mother is 50% more likely to survive past the age of five than a woman who is illiterate. A literate, educated girl is less likely to acquire AIDS, have a higher income and will have a smaller healthier family than her literate counterpart.

So, borrow some books.
Find a reading buddy.
Visit litworld.org and get ready to read out aloud.