Can you believe it’s been two years since David Bowie passed away?

Bowie was the king of media in many forms. A lot has been published since he died that genuinely and tastefully celebrates his life and influence on fashion, music and freedom of the spirit. Here is just a taste: 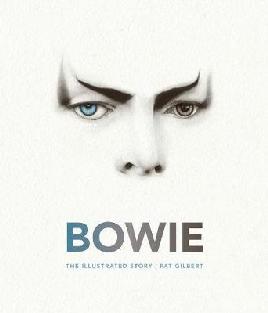 This book is by Pat Gilbert, who has also covered The Clash. Its an in-depth analysis of Bowie’s music; his influence on genres such as glam and punk rock, reinvention of his image and stagecraft itself. Richly balanced with concert and backstage images, posters and tickets.

Gerald Fearnley is the brother of a bandmate from Bowie’s early days. He shot the sleeve images for his first album, David Bowie, in 1967. Fearnley’s portraits are published here for the first time, perhaps capturing the transformation from David Jones to Bowie.

Dylan Jones is a well respected biographer with quite a list of names behind him. In this biography includes interviews with around 180 people who knew, loved and worked with him. Many of these tales have never been told.

When Ziggy Played the Marquee

This book captures Bowie’s last performance as Ziggy Stardust, at the Marquee Club in Soho. The year was 1973. Celebrated photographer Terry O’Neill caught the behind stage action as well as the show. At the time, nobody knew that this was to be Ziggy’s last show.

The Age of Bowie

Bowie didn’t follow fashion, he created it. This book looks at how David Bowie’s freedom of expression influenced society; breaking down gender barriers in fashion, the way he perceived the world could be, and especially ways he could make music – ultimately becoming a defining figure of his age. 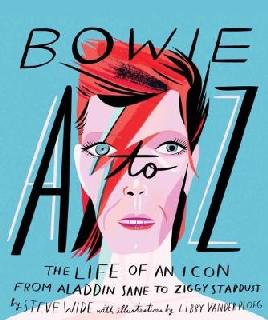 Bowie A to Z

One for the scrapbook keeper. I admit I had one once! Chock full of facts from Aladdin Sane to Z for Ziggy Stardust.

Bowie on CD – Try this list for some albums you might not have heard before. Notable are BRIT Awards 2017 and the New York stage show of Lazarus.

The industrial sound of this album reflected post punk experimentation, also used by the Cure in Seventeen Seconds. Fashion, of course, broke down barriers and sales records.

The album that gets played the most at my place is Changes Two. Some of the best songs on that one, from John, I’m only Dancing, to Wild is the Wind.

Don’t feel sad on the 10th January. Get yourself some great Bowie media, light a candle and celebrate the Chameleon. Or Love the Alien?