The end of one year and the start of another gives rise to lots of ‘Best of’ lists and reflections on what has stood out for the year. Here’s yet another literary round-up…

The Best (& Worst) Children’s Books Evening co-hosted at the end of the year by the Canterbury Literacy Association and Christchurch City Libraries once again celebrated the best in children’s books.

Held annually, the event is a way to shout about and share the best books in a light-hearted end-of-year event, with no actual prizes awarded but an opportunity to hear from various experienced and enthusiastic practitioners and experts. It’s also a chance to gather together for the holiday season as a community of children’s literature enthusiasts, with like-minded folks across Canterbury. Attendees included a diverse section of professionals interested in children’s books from the National Library, the University of Canterbury, Christchurch City Libraries and Selwyn Libraries, to teachers and school librarians, all coming together at the newly rebuilt Ōrauwhata: Bishopdale Library and Community Centre.

And the ‘winner’ is…

It quickly became apparent that Nevermoor: The Trials of Morrigan Crow – a debut novel by Australian Jessica Townsend – was the most notable book of the night, having been picked by several panellists who presented their top picks of 2017. But never mind about Nevermoor for now, let’s have a look at their other individual favourites…

First up presenting was a representative from Paper Plus Bush Inn, Jo Harvey, who – aside from just Nevermoor – was also enthusiastic about:

She also wants everyone to know about Those Shipwreck Kids by and Magnus Chase Ship of the Dead. And as for favourite picture books, she picked Tidy by Emily Gravett.

Katie Lumsden, from Christchurch City Libraries, spoke next about dyslexic friendly texts, and sang the praises about new changes to Overdrive (Overdrive is a digital content platform used by libraries to offer eBooks and audiobooks). It now has a feature to make some texts more accessible for dyslexic readers. An app called Libby has a feature that highlights the text as it reads aloud (only applicable on our Read Along collection). Katie has recently delivered talks on dyslexic-friendly texts and resources at the 2017 LIANZA conference in September in Christchurch.

Katie chose Ash Boy: A Cinderfella Story by Lucy Coats as her top dyslexic-friendly read of the year. It’s a good fun story says Katie, and, like other books from publisher Barrington Stokes, is printed in traditional dyslexic-friendly reading format using yellow pages, specific layout techniques and sans serif typeface. It has an interest level of age 8-12, yet is edited to a reading level of age 7, to allow ease of reading while still pitching to older readers.

When Cinder Ashok’s father remarries, Cinder finds himself lumped with a horrible new step-mother and step-brothers! They bully Cinder terribly – all he wants is to be left alone in the library, his favourite place in the world. But will a fairy godfather and a royal quintain tournament mean Cinder has a happily-ever-after on the horizon? Fun spin on the Cinderella story.

You can read the first chapter of Ash Boy here.

Each year we hear directly from the voice of young readers themselves. Primary school children from Waitākiri Primary School and Redcliffs School Mia, Otto, Evie & Flynn each spoke well and confidently about their favourite titles they read in 2017: 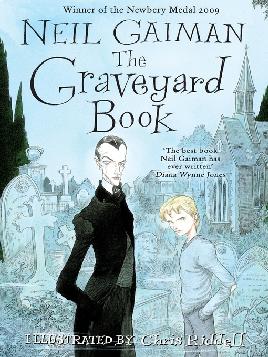 Sophie O’Rourke, junior teacher at Waitākiri Primary School, shared her plethora of engaging picture book titles of 2017 that stood out in her classroom, reading some funny highlights and telling us about the reactions and responses she gets from her Year 0-2 to the books – the real test of how well the authors and illustrators have hit the mark. A few highlights from the dozen chosen are  The Scariest Book Ever, Triangle, Creepy Pair of Underwear, A Place to Read (also titled as Are You Sitting Comfortably?) and Bug Bear. 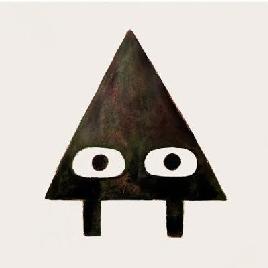 Zac McCallum, formerly a children’s librarian from Christchurch City Libraries and also a previous children’s book awards judge, and now school librarian at Halswell Primary School, shared his delights of 2017 in the junior fiction category, including Nevermoor and:

The Goldfish Boy by Lisa Thompson. Synopsis: Twelve-year-old Matthew is trapped in his bedroom by crippling OCD, spending most of his time staring out of his window as the inhabitants of Chestnut Close go about their business. Until the day he is the last person to see his next door neighbour’s toddler, Teddy, before he goes missing. Matthew must turn detective and unravel the mystery of Teddy’s disappearance… Page-turning, heartbreaking, but ultimately life-affirming, this story is perfect for fans of The Curious Incident of the Dog in the Night Time and Wonder. It is a book that will make you laugh and cry. See Zac’s glowing review of The Goldfish Boy.

Ending the evening was author Rachael King, Literary Director at WORD Christchurch, who told engaging anecdotes about her favourite older fiction and young adult books read in 2017. She was also a judge in the 2017 New Zealand Post Book Awards for Children & Young Adults so naturally her list includes a number of notable New Zealand titles.

No surprise Nevermoor was also in Rachael’s top picks along with The Book of Dust by Philip Pullman and also by Pullman, a graphic novel: The Adventures of John Blake: Mystery of the Ghost Ship

See the full list of Rachael’s Best of Older Fiction & Young Adult Reads of 2017 and read the library’s interview with Rachael King which includes her all-time top picks of books for children and young adults.

Rachael also wanted to give special mention to what is actually an adult book, Tess, a page-turning eerie novella about a 19-year-old woman – a somewhat supernatural story set in late 1999 Masterson, by New Zealand author and publicist Kirsten McDougall.

Nevermoor was certainly the favourite on the night with three speakers having brought the book along as their favourite of 2017. Touted as Harry Potter meets Alice in Wonderland, the story is about “a cursed girl who escapes death and finds herself in a magical world – but is then tested beyond her wildest imagination.” The panelists said they were pleasantly surprised to find that the book really did live up to its marketing hype. (There are eight more books in the series due out!)

And as for the ‘worst’ part of the event’s title? The books chosen as the ‘worst’ of the year are of a ‘you have to have been there’ type nature – Chatham House rules – but we can say that books about poo got the poo poo!

Big thanks to MC Scott Wolfe, literacy facilitator at UC Education Plus, and member of the Canterbury Literacy Association, who did a cracker job mc’ing – and cracking jokes – at this end-of-year event.