Slave Power by Raewyn Dawson is an exhilarating, exciting and breathtaking book about a young girl named Melo who fights to save the riders of the Wild Horse Tribe from her old rival and fellow rider Mithrida from attacking and destroying their tribe.

Suddenly Melo is kidnapped by the City Slave Traders she finds herself on the Holy Island as a slave. While Melo and the other slaves are being trained as fighting soldiers, they make friends with each other and try figure out a plan to escape being slaves when they get back to the mainland.

On the Holy Island, Sofia, a young priestess in training, wonders why strangers have landed suddenly on their small island. As she tries to find out , she becomes friends with Melo and the other Slaves and tries to help them connect with the Black Rock and overpower their kidnappers.

In the end, the slaves make it back safely to the mainland but have sadly lost Lady Tutea (leader of the Eagle Tribe who joined them in battle ), and finally found Mithrida and sentenced her to execution.

Slave Power is an amazing book with good descriptions but there are some quite sad and descriptive parts in this book that may be disturbing for children to read. The age this should be recomended for is between 14 and above. 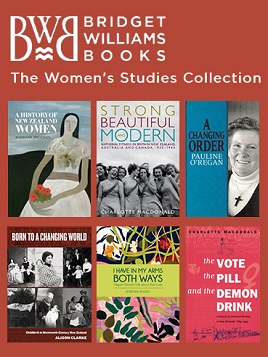 Actually they do now with our new Prime Minister Jacinda Ardern. So if you want to find out more about role of women in history, then we have two excellent new eResources just for you.

From Bridget Williams Books, we have a collection of New Zealand women’s history and publishing. It has a selection of great titles including 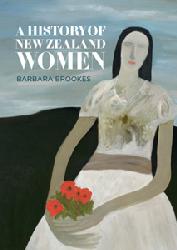 A History of New Zealand Women by Barbara Brookes
A comprehensive history of New Zealand seen through a female lens. Brookes argues that while European men erected the political scaffolding to create a small nation, women created the infrastructure necessary for colonial society to succeed. 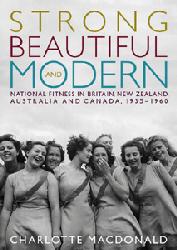 Strong, Beautiful and Modern: National Fitness in Britain, New Zealand, Australia and Canada, 1935–1960  by Charlotte Macdonald
In the late 1930s and early 1940s, a wave of state-sponsored national fitness programmes swept Britain and its former colonies. Following revelations of the Nazi enthusiasm for government-backed sports and the organisation of mass leisure, the programmes quickly foundered. They probably laid, however, the foundations for the twentieth century’s obsession with fitness, a key facet of modern life. 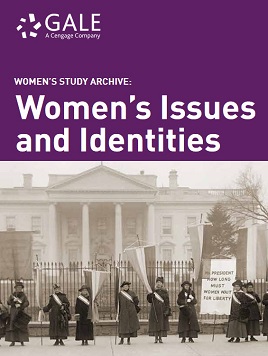 A collection of primary source material that captures the foundation of  women’s movements, struggles and triumphs. This archive has 15 collections ranging from newspaper and periodical collections to conference papers and photographs. Here are some examples of collections:

European Women’s Periodicals
This collection of European women’s periodicals contains publications from Austria, Belgium, France, Germany, the Netherlands, Switzerland, and Dutch Indonesia, from 1830-1940. At the time of their original publication the periodicals in this collection informed readers and allowed them to express their views on a wide range of topics, including literature and the arts, women’s suffrage, birth control, education, and homemaking.

Herstory
The Herstory Collection comprises full texts of journals, newspapers, and newsletters tracing the evolution of women’s rights movements in the United States and abroad from 1956 to 1974. The collection includes documents from the National Organization of Women (NOW), Daughters of Bilitis (DOB), Women’s International League for Peace and Freedom (WILPF), Women Strike for Peace (WSP), and many other groups.

Canterbury and New Zealand lost a well-known and much-loved son with the recent death of notable historian Gordon Ogilvie. Author, biographer, teacher and one of nature’s gentlemen, he was a man who wore his learning lightly. The deep knowledge of our part of New Zealand displayed in his books helped many of us with our school projects, settled arguments over the origins of place names and provided hours of browsing pleasure.

Ogilvie’s last book, Place Names of Banks Peninsula and the Port Hills, was launched in August when he was very ill but able to be present as family and friends gathered to pay tribute to his life-long dedication to telling the stories of the land we look at and walk on every day.

The room was full of love and respect for a man who said “My life’s ambition has been to write on the hills and peninsula because I love them so much and wanted to share the love and knowledge with others. I’ve done that now and hope readers take what I took from it – the excitement of discovery.”

This ambition was well and truly realised. Ogilvie’s works The Riddle of Richard Pearse, and Denis Glover: His Life, were Book of the Year finalists and The Port Hills of Christchurch, and Banks Peninsula: Cradle of Canterbury won the JM Sherrard Award for New Zealand Regional History. He was awarded an Honorary Doctorate from the University of Canterbury and received the New Zealand Order of Merit for his service to historical research and writing.

The books and the awards are achievements enough but there was so much more to Gordon Ogilvie’s career. His research skills and historical knowledge, his energy and boundless enthusiasm and above all his great writing connect us with the people who were here before us.

By reading the books by the boy from the Horotane Valley who loved to walk the land of Banks Peninsula, Lyttelton Harbour and the Port Hills we can remember and honour his work and his legacy and feel the ‘excitement of discovery’ for ourselves.