Friend Request is the debut novel of Laura Marshall.

When I read the blurb about this book, I wanted to read it.
“Louise receives a Facebook friend request from Maria Weston.”
“Maria Weston wants to be friends.
But Maria Weston’s dead.
Isn’t she?” 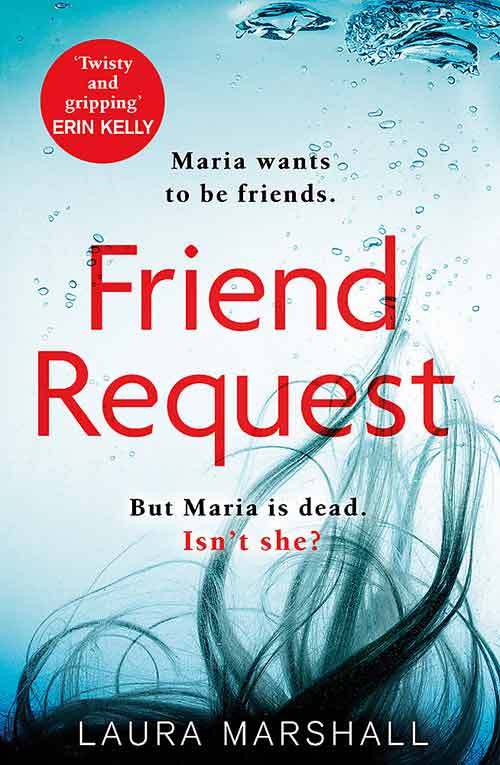 The novel follows Louise a woman with a troubled teenage past that has caught up with her. Can she face her past and come clean? She has a lot to lose, her son for one.

The narration is skilfully split between the present day (2016) and the past (1989) as we learn about what happened to Maria 25 years ago.

This psychological thriller has themes of social media, bullying, teenage & middle age angst and dealing with choices made in the past.

I found Louise realistic as a paranoid single Mum, but found her only reasonably likeable. I’m sure I would have found the book rather gripping if I had connected with Louise, but I ended up finding it rather flat with the ending slow and transparent.

I still think if you like psychological thrillers, like Gillian Flynn’s Gone Girl, or Lisa Jewell’s Then She Was Gone you should give it a try. Maybe you’ll connect with Louise and find it the gripping modern mystery it could be.